Phoenix reprints part of police union newsletter at no charge

OK, it's a letter from Pax Centurion editor James Carnell, who can't understand why people would object to the content in the newsletter he edits, except that they must be tofu-eating "cyber terrorists" and "thugs" and that people who object to "jokes" about Egyptian men having sex with the corpses of their dead wives are no better than the people who accused women of being witches in colonial Salem. Really, you need to read the whole thing.

Seriously? There's absolutely no code of conduct at BPD or what?

Where do you think we are?

That's part of my problem

That guy was off duty and out of uniform.

Here, we've got the guy acting the fool while identifying as the official editor of the union's newsletter.

I may be a loser, but I have a life and a family and we buy things. To be fair to Jim Carnell, we do buy cat food, but with four cats it's a lot more than a few cans.

yes, but do you buy it with food stamps

We use our own money. Life would be a lot easier if I was making a 77% commission on all my work. 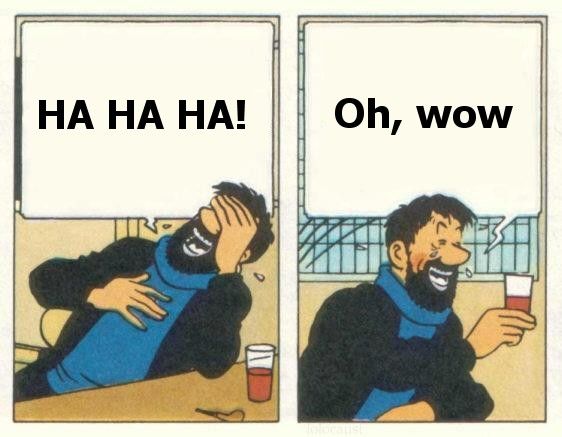 "We will send our membership to those who support police officers in both word and deed, and encourage our members to avoid those who do not. (Goodbye Stop & Shop — hello Hanniford's, Shaw's, and Roche Brothers!"

Newsflash: you're LESS than HALF A PERCENT of the Boston SUMMER population, and that's if I generously include your "civilian" staff. Stop and Shop doesn't give a damn about you. They DO give a damn if even 1-2% of the 625,000 of US stop shopping there because we don't like their support of your joking about color of law - or your racist, homophobic, classist CRAP. We all spoke LOUD AND CLEAR to OUR businesses.

Particularly when you all act like such spoiled, entitled little children - nobody should care much about you either.

First in the nation - entitlement complex second to none - incompetence of a third world police force. Safest road construction sites in the nation!

Plus, we all know what these payments were: grease-the-wheels money. Awww, gee, wouldn't it be a shame if it takes us an hour to respond to that shoplifter call? Go ahead, assholes - just try it, and we CITIZENS will take you down ANOTHER peg.

Civilian Review Board, anyone?

Carnell gets so lathered up ...

He forgets to address the article's main point: That a union of police officers paid $1 million for fundraising to a woman who pleaded guilty to impersonating a police officer in a fundraising scheme with her husband. I'm sure it was just an oversight.

You can't make this stuff up

Seriously, the whole thing just gets better and better, from an entertainment point of view, anyway.

How is this not conduct unbecomming an officer? He is writing as the head of the patrolmen's union, right, not as just his stupid old self? Setting aside the conduct unbecomming, how does this guy continue to get elected as union president? If this is the kind of guy that the average Boston cop wants to have representing him to the people of Boston, that is a real shame and there is something very wrong at BPD. I like most of the cops I've met in the City, but this guy is a horror show and, frankly, makes them all look bad. Sadly, this kind of thing, not to mention the brewing corruption story that was really at the heart of the piece in the Phoenix, gives a horrible name to unions accross the board.

Not head of the union

That would be Thomas Nee. The fact that Carnell is allowed to continue spewing stuff like this, however, indicates where BPPA leadership stands, which in its own way is also troubling.

is this in violation of BPD's press policies?

Doesn't BPD prohibit all officers from speaking with the press directly?

BPD media relations office is feared like an almighty god- nobody, save maybe senior officers, are allowed to talk to the press.

Kust like MAMLEO. And this goes partly to Kaz' point above. Carnell speaks for the union, not the department. We see them as the same thing because they're all cops, right? But I don't think Carnell or Nee are even paid by BPD. I could be wrong, but I think the union pays their full-time salaries. In any case the commissioner hates the union, media relations hates the union, the mayor hates the union, and the taxpayer should, too, given the Pax Centurion and the obscene overtime benefits they've managed to get from the city.

Because he isn't talking about police matters, he is talking about mostly politics and personal beliefs. Pretty much the reason why no one can do anything about it.

Of course someone can do something about.

Or maybe the dues paying rank and file of the union could raise hell over having a mouth breathing idiot representing their union.

Does the BPPA have an in house lawyer? Because if they had one worth a damn, they would have torpedoed this ridiculous letter to the editor and never allowed it to go out. It appears they don't have one worth a damn, because once the questionable nature of the fundraisers was known, they should have STFU! They are going to have every minority interest group in this city demanding an investigation of these guys, as there should be.

Not that I had a high opinion of the BPD and it's union to begin with, but this is "you have got to be kidding me" levels of stupid. Seriously, why would anyone in this town trust a police force with a union that disseminates unprofessional and downright crazy statements along with employing convicted felon fundraisers with 77% commission rates? It's embarrassing and pathetic.

I'll be honest with ya.

I'd bet 75% of the officers in the department have no idea this is even going on, and another 95% have never read anything in the PAX letter.

And I was talking more about doing something legally about Carnell, but even an BPPA lawyer isn't going to do anything about it.

And Carnell is going to tell you that he speaks for himself, not the union.

The saddest part about the whole thing is that anyone in that Union can write letters in that paper, but no one cares enough to, or doesn't want to, even after this came out.

I swear to Christ..

that entire diatribe was lifted from various portions of Jay Severin's show. My god, talk about parroting right wing talking points. I can almost hear him screaming in one of those patented Mark Levin annoying nasal twangs..

BPD captain who had been on paid leave for more than two years cleared of most charges
Rats running amok through Boston; residents, councilors demand action
No matter where on earth they roam, people will know Boston is their home
Court to Quincy: Boston can rebuild its bridge to Long Island
All diseases skillfully treated
Doing it old school on another steaming hot day in Boston