West Roxbury's bird neighborhood could get two new streets; somebody named Sam should buy a house on one of them 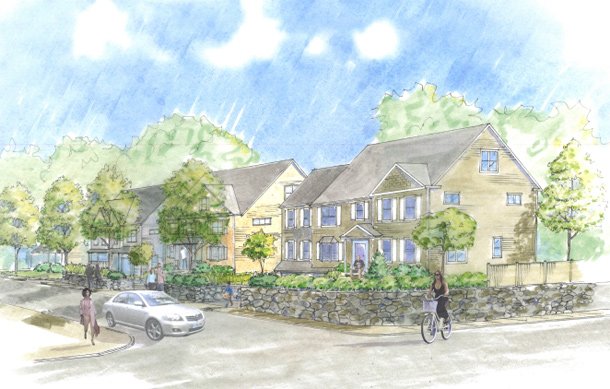 The Zoning Board of Appeal next week considers a request from a Canton developer for permission to build 29 new single-family homes at the end of the West Roxbury neighborhood where many of the streets are named for birds.

According to CAD Builders' application, their development would include two new roads, one named Starling Street and the other Toucan Road.

The proposed subdivision would be off Willet Street, not far from Thrush, Heron and Grouse streets, at the opposite end of the neighborhood from Bobolink Street. The neighborhood also has streets that honor eagles, plovers, sparrows, curlews and partridges, but still does not have any roads paying homage to ovenbirds, killdeer or bustards, let alone loons, great tits and blue-footed boobies.

In addition to Toucan Road, the subdivision is notable in a city where most development now consists of either enlarging existing buildings or putting up towers - few neighborhoods still have any vacant land left that is large enough for a subdivision of single-family homes.

Two of the houses would be sold as affordable, with deed restrictions requiring them to stay that way for 50 years.

The BPDA board approved the subdivision last summer.

The zoning hearing starts at 10 a.m. on Tuesday in the eighth-floor hearing room in City Hall.

Documents related to the proposal.

Subdivision map, which shows Starling dead-ending at Toucan. A newly paved Willet is on the right: i knew west roxbury was next!!!!

in 20 years the whole city is going to look lile kendall square!!!!

I need know something. I’m not from West Roxbury so I didn’t learn this stuff in elementary school. Were all the houses in West Roxbury put here by some kind of Big Bang or cosmic meteor deal? Or was it divine intervention that placed every house where it sits?
Because from points like yours above, and I hear them all the time, it definitely wasn’t by people buying land and building homes to sell to other people to meet demand.
If anyone knows I’d love to hear it. Also open to theory and speculation.

You are not from West Roxbury. Wherever you are from, I can get your elementary school tuition refunded. You need to learn how to spell.

... no spelling errors in the post you attacked (just a missing preposition).

Just wait until the quarry closes

Fill that in and voila, new neighborhood.

But the land. They have the capital to do so and have in the past.

Maybe they can build a second campus

where they can admit some girls to their fine school. Surrounded of course by a high wall to protect their virtue, etc...

Too late. There has been lots of development in W. Roxbury over the last few years, and more in planning stages, mostly apartment & condo buildings. This development is a low-density one, pretty different from all the others.

Should be under consideration.

What about East Boobie?

Toucan play at this game.

The TLF would like to have a word with the naming committee...

I'm sure arrangements can be made.

These should really be duplexes. We have a housing crisis and do not need more single family homes on vacant land. The surrounding neighborhood has a number of 2 and 3-family structures so they'd fit right in. Instead, we'll get new single family homes going for close to a million dollars. More housing is good but this is a missed opportunity.

true, but the neighbors thought this was too dense.

I cannot tell the square footage of the 29 proposed homes. I could see that developer thinks that the lots are too small to put 2-car garage on the side, and that home owners don't like to share driveways (?).

And why are Wren, Oriole and Linnet Streets so far out of the cluster?

I've always wondered if "Cowing" is a bird.

How about Cactus Wren? It will fit right in when Global Warming Climate Change arrives. Enjoy the new homes, only 12 years left!

How about Seagull St.?

With rising sea levels, these may one day be waterfront homes.

If you hear grunting sounds on the lower side of Millennium Park, it's more likely small marsh birds than pigs
Fire heavily damages West Roxbury house
West Roxbury gets extra pizza in time for Mother's Day
Make way for canarylings in West Roxbury
An American kestrel and some snoozy swans at Millennium Park
West Roxbury landscaping building catches on fire