MassDOT: You bet we're going after the Alabama company whose driver took out one of our bridges

MassDOT reported this afternoon that it expects to have all southbound lanes on I-93 near Roosevelt Circle re-opened to traffic sometime tomorrow after completion of repairs to keep that storrowed overpass from collapsing until more permanent repairs can be made - a process the state says will take several months.

MassDOT also gave this explanation for what happened, and boy are they not happy with Dove Transportation, LLC, based just down the road apiece from the Talladega Superspeedway in Lincoln, AL.

An over height vehicle owned by Dove Transportation LLC of Alabama struck the overpass on I-93 Southbound on the afternoon of Monday, July 19. The company was not permitted for the height of the shipment, did not use the required flag cars, and was traveling an unapproved route when it struck the overpass on I-93 southbound. Dove Transportation had secured permits for a smaller load with a different route. MassDOT is working closely with the Massachusetts state police to investigate the incident. MassDOT intends to hold the trucking company legally and financially responsible for damages and will be reviewing the company’s eligibility for obtaining permits in Massachusetts in the future.

State Police report the driver got a ticket for $210 for driving an overheight vehicle and violating a state permit.

The truck was hauling a water clarifying tank, consistent with the type of tank used in wastewater treatment.
The metal tank being hauled came into contact with the first and second structural beams of the underside of the bridge; the first beam was split in two and the second was bowed from the impact. The tank and the trailer sustained significant damage. The tractor appeared to sustain minor damage. The cargo and damaged trailer pieces were towed from the scene by Stephens Towing.

The truck involved was a 2013 Peterbilt 367 with an Alabama registration, owned by Dove Transportation of Lincoln, Alabama. The truck was being operated by a 57-year-old Alabama man and carried a 54-year-old Alabama woman as a passenger. The passenger was transported to Massachusetts General Hospital with possible minor injuries following the incident. The driver refused medical attention on scene.

Neighborhoods:
Medford
Topics:
Driving
Free tagging:
I-93
Ad:
Like the job UHub is doing? Consider a contribution. Thanks!

There’s gotta be an easier

I live within walking distance.

If you want some fun, check out the Medford FD Local 1032 on Twitter and FB the pictures are amazing and the comments from the local working folk are merciless:
https://twitter.com/MedfordMAFire
https://www.facebook.com/medfordfire1032/

This is what happens

When you decide that only the honor students need to learn math, units of measurement, and reading comprehension.

Kind of surprised that the state is actually fining anyone - I guess the driver and trucking company didn't kill a doctor on a bike when they demolished the bridge with an oversized vehicle that didn't have a flag car or file for a permit for their route.

Was the bridge wearing headphones?

The driver is from Alabama of

The driver is from Alabama of course. When red staters don’t learn how to read the blue states pay the price.

Knowing math won't help if you're solving the wrong problem, like "is the fine for taking a non-permitted route less by choosing that route?" or "what fraction of trucks that take the wrong route get tickets?"

Stupid driver must be related to...

I wonder if the driver was instructed/coerced by the bosses to take this specific route than the approved route? The company sounds like it was intentionally cutting corners by not hiring the required flag cars to escort the truck.

They didn't file for one, nor did they have a flag car.

Anything that hits an interstate bridge or overpass automatically needs both.

Unless they are recent career changers, both the driver and the passenger/co-driver are old enough to know better.

There is one and only one thing that could have prevented this mishap: 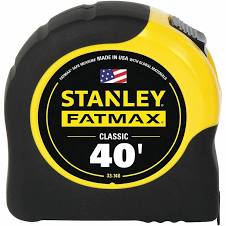 …but the it might be a “if you want a pay check, you need to shut up and drive” situation. This doesn’t absolve the driver, but the people who run the long haul trucking industry, beyond cheating regulations, are known for poor treatment and over-extension of drivers.

Sadly, he didn't bother to measure the load and anticipate the inevitable consequences.

Any driver that knew better would know better than to drive a load with full expectation of big trouble.

Any experienced trucker should have known better, period. My cousins have walked on overheight and poorly secured logging loads because they know that paycheck isn't worth their career or losing everything they have worked for when they inevitably hit something.

Trucking needs to be reregulated and returned to being a profession. Full stop.

They only needed a 25' tape measure, max.

Please reread the original post. They did file a permit for a route, but it wasn't the route they took, the load was bigger than permitted, and they didn't have the required escort.

A truck driver should pay attention to height of looming overpasses

Where are the chains at the

Where are the chains at the entrances to sturrow so people could get off before getting into trouble?

There was a tunnel in Paris near the Arc De Triomphe that was called "the Serial Tunnel" (at http://2m40.com) that has photos under "classic-touch" of many of the wrecks into that tunnel roof. Eventually they installed a sacrificial I-Beam. And with the pandemic, they've closed it altogether.

And of course, there's the 11foot8 trestle down in North Carolina; http://11foot8.com/.

No matter what warning signal you put up, there's always someone who's "too smart" to pay attention. SMDH.

Land of the free

Some may argue we live in a nanny state and our freedoms have been eroded, but we’re still more than welcome to ignore clearly stated roadway signs and choose to stupid things that will certainly damage or destroy public property.

Are you suggesting every bridge should have chains or a hanging bar in advance of it?

What good is that for either deterrence or punishment?

The big money comes when the state charges the company for the cost of a rebuilt bridge.

Are companies allowed out of court-ordered compensation when they go bankrupt? If so, expect Dove Trucking to close and reappear under a different name.

Corporations are people, my friend

And when they die, there's not much you can do.

The state will get whatever they can from the insurance of the truck and company which is hopefully a few million. There's a chance the company owns enough trucks and other tangible goods to cover their expenses beyond that. But if not, likely they will fold with the employees free to move onto other firms and do the same sorts of things.

It's unlikely MA will be fully compensated for the recovery and rebuild of the bridge.

Read that they have something like $1 million in liability, and only since 2014 have they had any insurance at all.

I'm betting their equipment is worth some more on top of that, but not enough to cover the damage.

This sounded from the get-go like a small operation cutting corners. They don't have the scratch to cover the damage, no matter how hard they're squeezed.

You broke the bridge

you just bought it.

In other Medford news

Remember the Big Dig?
Tufts continues to require masks indoors as undergraduate Covid-19 rate swells
California meth addict with a foot fetish charged with making repeated threatening calls to police at Tufts
Drive like hell and you'll get there, we guess
Entomologists agree to rename Medford-spawned mothy menace to something less offensive
Moorish sovereign citizen who drove up from Arkansas to support co-religionists arrested after that armed standoff on 128 is suing for $70 million because she wound up arrested on gun charges, too