Russian facing financial-hacking charges swears he would stay in a Seaport apartment if released on bail; government says, yeah, right, asks he be locked up pending trial 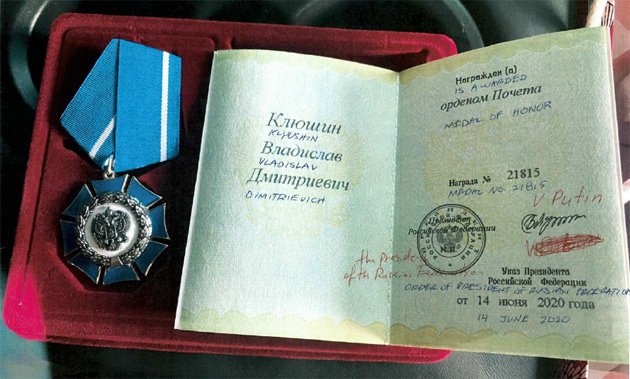 A federal magistrate judge in Boston tomorrow considers whether to set bail for a Russian man accused of a leadership role in a hacking ring that allegedly obtained quarterly financial data from numerous US public companies before the information was released - letting the ring make $80 million in stock-trade profits over just two years.

In filings in US District Court today, federal prosecutors and the local lawyer for Vladislav Dmitriyevich Klyushin, 41, of Moscow, now held in a lockup somewhere in the Boston area, presented diametrically opposed pictures of the man.

The government said Klyushin was a Russian government operative working with other Russians who separately tried to subvert the 2016 elections and about as big a flight risk as you could imagine - he and his handlers would figure out how to smuggle him out of the country the moment he were released on bail. But his lawyer said he was a caring family man, a loving father to his five children who is as honorable and law abiding as you get, a man completely ignorant of computer networks and a boss who would gladly give his shirt off his back to his employees in need - he even kept them all on at salary even as the pandemic spread through Russia.

Also, attorney Maxim Nemtsev wrote, Klyushin and would be willing to put up $1 million in cash and the deed to a $1.5-million London apartment to secure his presence for trial here, not that he would for a moment think of trying to flee the one-bedroom Seaport apartment near the Moakley federal courthouse that a real-estate agent has already found for him to live in while awaiting trial - an apartment that would have no devices for accessing the Internet, his phone subject to a federal tap, and where he would wear a GPS monitoring device and check in daily with probation officers.

As head of a Russian "media monitoring" company called M-13, Klyushin is charged with conspiring to obtain unauthorized access to computers, and to commit wire fraud and securities fraud, and with obtaining unauthorized access to computers, wire fraud and securities fraud. Four other Russians, some already facing charges for conspiring to try to throw the 2016 presidential election, were also charged, but Klyushin is the only one who so far has managed to get himself arrested and handed over to American law enforcement to date.

According to an affidavit by the FBI, the ring managed to install malware on the servers of at least two companies, or "filing agents," that specialize in transmitting quarterly financial forms from publicly held US companies to the Securities and Exchange Commission. The software got them login information for employees, and with that, they were able to download the financial data days or hours before they were released to the SEC and made public, which let them either buy or short the stocks of the companies before the news hit the markets, at least between 2018 and 2020, according to the affidavit.

It's the details of how Klyushin came under FBI jurisdiction that the US Attorney's office begins its rationale for keeping him behind bars pending the outcome of his trial:

Cantonal authorities arrested defendant Vladislav Klyushin in March 2021, minutes after he arrived by private jet in Sion, Switzerland. A helicopter had been waiting on the tarmac to take him and his party to Zermatt, an exclusive ski resort nearby. The defendant, who is accused of making tens of millions of dollars on illegal stock trades using financial information stolen from U.S. computer networks, was detained in Switzerland, where he vigorously opposed his extradition. So did the Russian government, a customer of the defendant’s Moscow-based company, M-13, which offers services that emulate computer network attacks.

Now extradited to the United States—a country with which he has no ties—the defendant faces charges and a Guidelines sentencing range that could imprison him for more than 20 years. The defendant’s lack of ties to this District, the seriousness of his offense, his immense wealth, his ties to the Russian government, and that government’s stated desire to return him home all combine to create a serious risk that the defendant will flee the United States, will not appear for trial, and will return to Russia—a country with which the United States has no extradition relationship. Under these circumstances, there is no combination of conditions that will reasonably assure the defendant’s appearance, and the Court should detain him pending trial.

Prosecutors continued that the Russian government fought his extradition from Switzerland for months and so:

What results is a combination of wealth - both the defendant’s and his government’s - and a demonstrated intent to avoid his having to face charges here. For a defendant with no ties in Massachusetts and every reason to want to be elsewhere, there are no conditions short of detention that cannot be circumvented. There is little to suggest that a significant bond or a location monitoring device would adequately assure the defendant’s appearance. If the defendant flees to Russia, whether by air or sea, there will be no mechanism for the United States to seek his return.

Mr. Klyushin is a 41-year-old husband and father of five children (ranging from the age of 4 through 13) with absolutely no prior involvement with the criminal justice system (other than the instant charges), no history of violating any court orders, and no history of using false identifications or engaging in obstructive conduct. He has been married to Zhannetta for seven years, shares a close bond with his children, and plays a prominent role in their upbringing. Mr. Klyushin is a caring individual that goes out of his way to help others, including family and employees. Over a lifetime of good acts, he has earned the trust and respect of many. Mr. Klyushin has no history of abandoning promises, including the promises that he is prepared to make to this Honorable Court. He intends to challenge the Government’s case in a lawful, professional and principled manner.

Nemtsov continues that federal law is weighted toward pre-trial detention for charges related to violence and drugs, neither of which applies here. Also, the government's charges are overblown, he writes - where the government says Klyushin made money on trading Tesla stock based on alleged unreleased financial data, he actually lost $3.6 million in Telsa stock trades between 2018 and 2020.

Also, while Klyushin is theoretically facing up to 20 years in prison for insider trading, the fact is his lack of a criminal record and his "admirable personal history" means he would likely get a much lower sentence, further reducing his eagerness to flee. Nemtsov noted that a man charged with a years-long conspiracy to provide substandard concrete for the Big Dig only got three years probation after his conviction.

Attempting to protect its citizens, however, is a far cry from what the Government is attempting to suggest – that the Russian Government would forcefully remove Mr. Klyushin from this District – an argument that is not at all based on any historic precedent and an act that would likely spark an international crisis.

Prosecutors have not specified why Klyushin was extradited to Boston, although the US Attorney's office has said some of the online breakins were done through a data center in Boston.

Is he eligible for the Mass

Is he eligible for the Mass Bail Fund handout?

Dostoyevsky he is not

Dostoyevsky he is not

Why do you hate due process and the Constitution?

If he is eligible for bail and can make bail, then let him out.

The Mass Bail Fund doesn’t set bail, the legislature does. And if the judge doesn’t want someone on the street, he or she has recourse to revoke bail. Don’t hate the Bail Fund for playing by the rules.

I would vote to end cash bail tomorrow if Iit meant I never have to read for the 1000th time a brain-dead NFB “hot take” on the Mass Bail Fund.

Now, if he gets bail, that would be up to the MBF to decide whether or not to put up the money. My gut is that if he were to be granted bail, the conditions would be such to use this guy's own assets to ensure his attendance at court proceedings (the point of bail.)

But there are state and federal statutes that limit and guide how bail can be set and my overarching point is that state legislatures and the US Congress could, if they choose, change the way bail is structured and possibly eliminate the need of organizations such as the Mass Bail Fund, whose intent is to bring more equity to a system that is almost frictionless for a preppy, Ivy League serial rapist yet forces a teenager to languish in Rikers for 3 years for allegedly stealing a backpack.

Like you said, bail is meant to ensure a defendant's appearance in court. It shouldn't be a permanent obstruction to freedom for people awaiting trial.

In his argument for bail, I

In his argument for bail, I can't believe that Klyushin’s lawyer forgot to mention how in 2015 his client rescued a pregnant spider that had fallen in his dacha’s bathtub and kindly released into the flower garden.

Why did he bring his Putin medal on a ski trip?

And what's the story behind

And what's the story behind all the scribbling on that certificate? It looks like someone decided to translate the Russian into English in a blue pen, then got a red pen, wrote "Putin", spelled it wrong, vigorously crossed it out, and wrote it again.

...and still got it wrong

I looked for him on Russian Wikipedia's list of recipients...

... of the Order of Honor (орден почёта), but he's not listed. The Wikipedia page hasn't been updated since 2017.

Even if it was up to date

that’s just the public list. The secret list is much longer, and includes the entire US Republican congessional delegation except Mitt Romney.

A Suffolk county DA might go along with that, but not the FEDS .