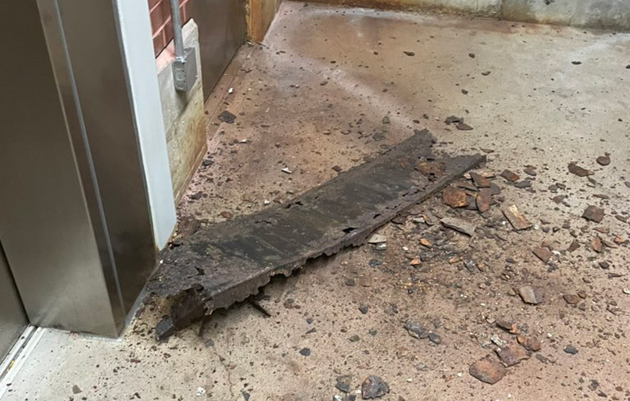 Tim Shannon says he'd just gotten off the Red Line at Savin Hill last night when he heard a cracking sound. And then, a 2 to 2 1/2-foot long metal slab, the bottom of one of the staircases leading up to the exit crashed at his feet. Read more. 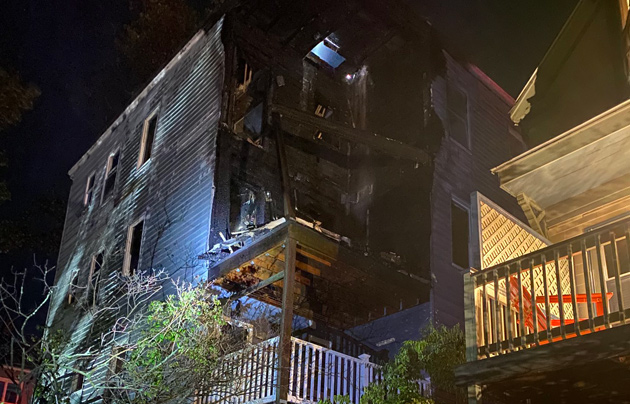 The Boston Fire Department reports responded at 2:50 a.m. to 15 Castlerock St. in Dorchester for what turned into a three-alarm fire. Read more.

Boston Police report arresting Jarrid Campbell, 18, and Christ Daphnis, 19, both of Randolph, on murder charges for the Sept. 27 murder of Keenan Ritter on Hubbardston Road.

Zoning Board of Appeal members said today that they had nothing against the technical aspects of a landlord's plans to convert his two-family house with eight bedrooms into a three-family house with nine bedrooms, but rejected the proposal after neighbors objected to the sort of tenants now living there: Pot-smoking, beer-swilling, rowdy partiers they say spent much of the summer carousing late into the night. Read more.

Boston Police report a man was shot to death at 16 Hubbardston Rd., off Savin Hill Avenue, in Dorchester around 1:15 a.m. Read more. 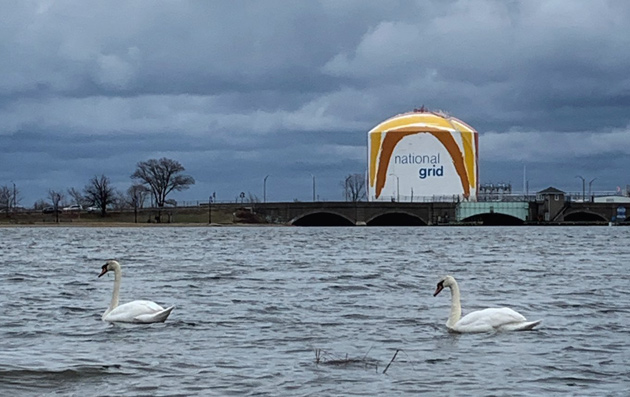 Kelly Lewis spotted a pair of swans doing some social distancing off the Expressway in Dorchester today.

Meanwhile, over in Cambridge yesterday, Barb spotted a pair of turkeys who know that they now rule the roost outdoors, at least on Bellevue Avenue: Read more.

Red Line service quickly came to a halt; unauthorized person on the tracks at fault

The MBTA has gotten the person on the tracks near Savin Hill off the tracks and now Red Line trains can rattle along again.

Good end to the day 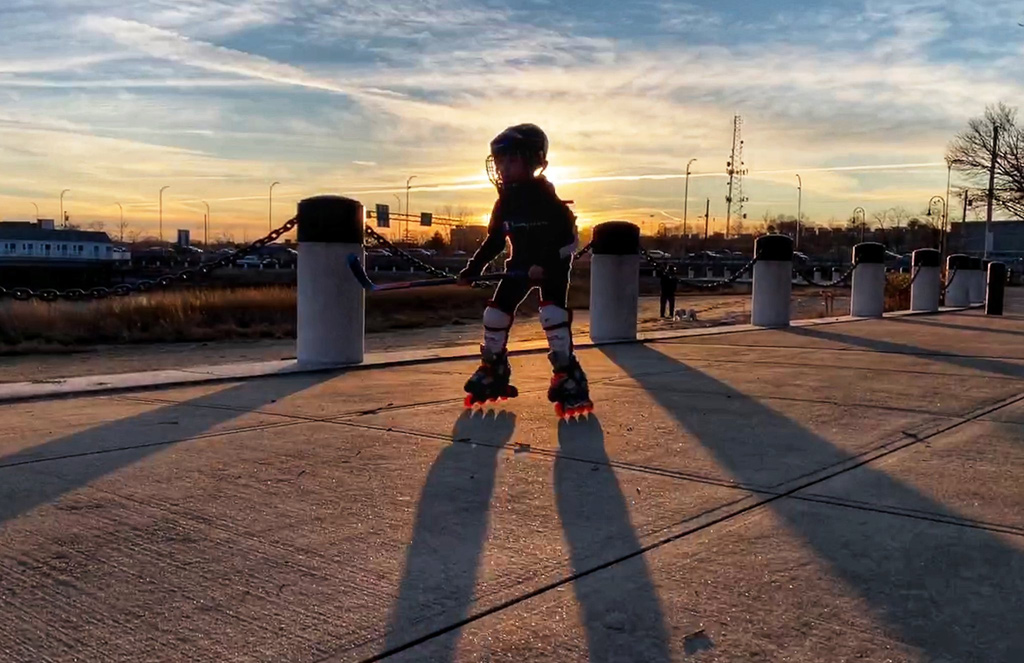 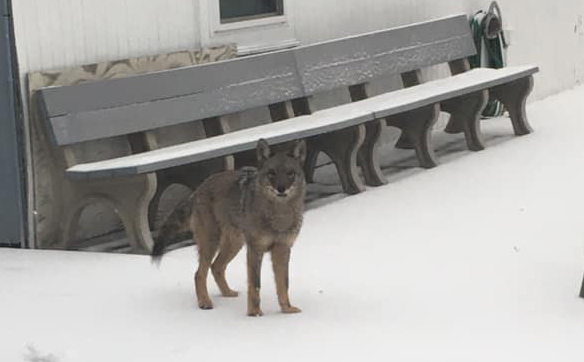 Savin Hill Sailor reports the Savin Hill coyote was looking pretty bold and sassy this morning down at the yacht club.

The MBTA reports "minor" residual delays from a Red Line train that couldn't make it up Savin Hill. 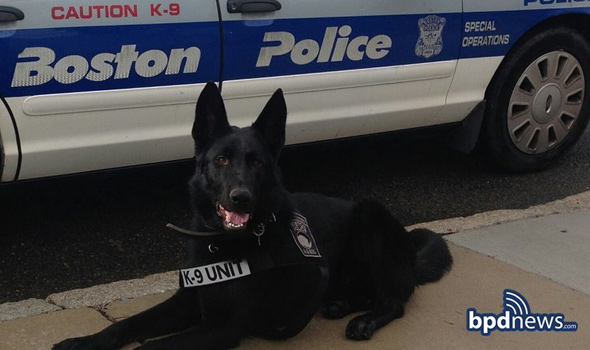 Duke rests after the ruff assignment.

Boston Police report a burglar in search of ciggies and scratchies might have evaded them this morning if not for the keen snout of Duke the K-9 hound. Read more.

Savin Hill break-in suspect should have quit while he was behind, police say

Boston Police report arresting a New Bedford man on charges he broke into a Dorchester home Wednesday afternoon - three days after he was arrested on charge of breaking into a car in the Back Bay. Read more. 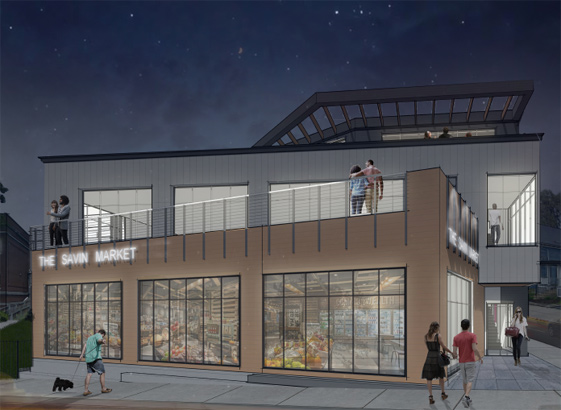 The Board of Appeal yesterday approved a developer's plan to replace a commercial building and two houses with a nine-unit condo building with retail and office space on Savin Hill Avenue at Sydney Street. Read more.

Gerald Chan, who bought up large chunks of Harvard Square, has plunked down $17 million to buy the 4.7-acre Spire Printing Co. property on Bay Street, next to the Savin Hill T stop, BLDUP.com reports. In 2015, he bought a two-acre parcel nearby on Dewar Street.

Both are within a short walk of the impending DotBlock development on Dorchester Avenue - which he also now owns a piece of.

Court: Cops had enough info to stop and then arrest a man for a Savin Hill robbery and shooting in 2014

The Massachusetts Appeals Court ruled today that Boston police officers had enough details on the suspect in the robbery and shooting of a Dot Ave. convenience-store owner that they had the right to stop a suspect they found four blocks away. Read more.

The Dorchester Reporter gets the scoop on plans to replace a long derelict vacant variety store near the Savin Hill T stop.

Another crash on Dorchester stretch of I-93 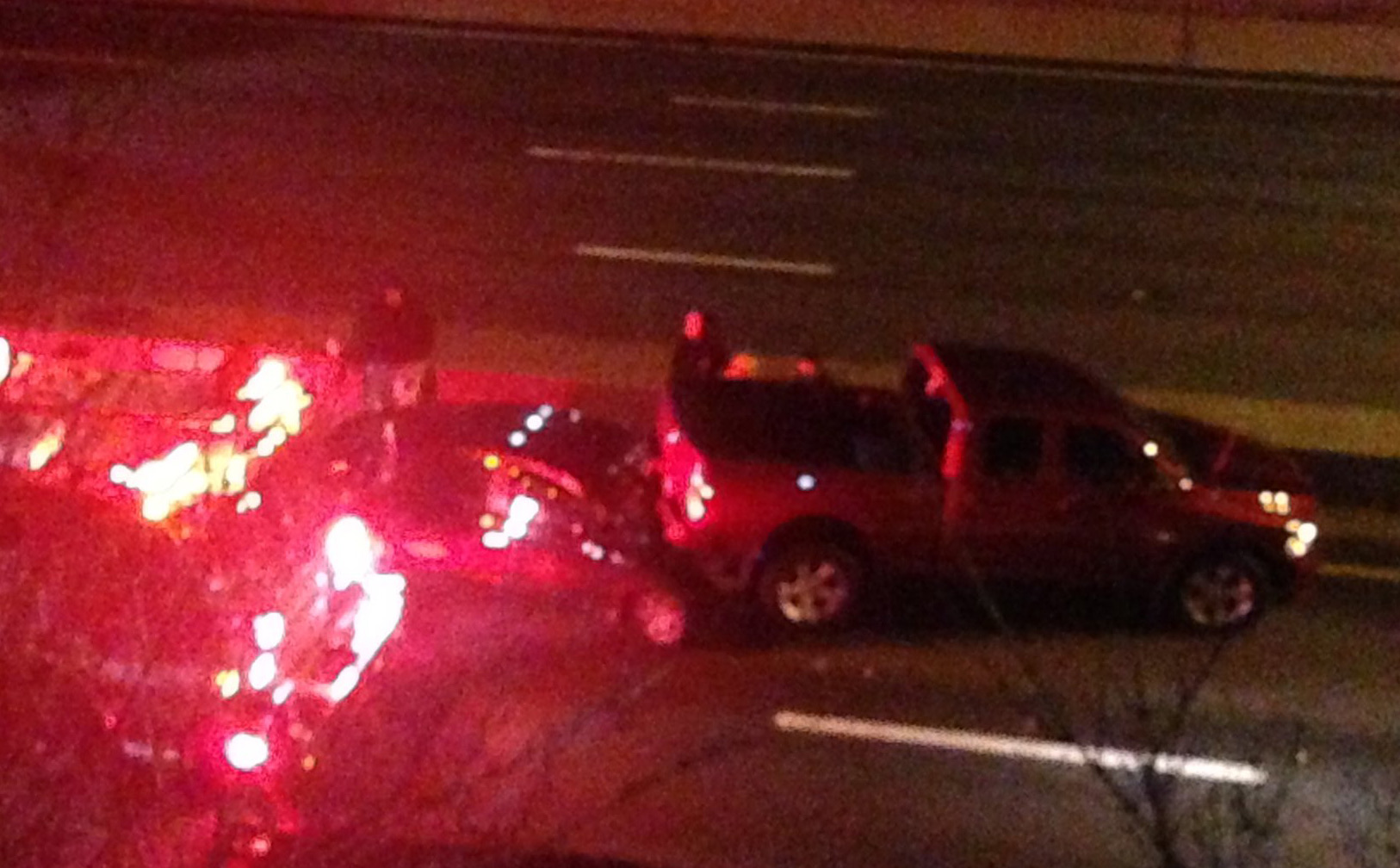 Paul Nutting photographed an early morning crash on I-93 in Savin Hill.

Trumpland, MA: Teens arrested on hate-crime charges after allegedly beating a woman with an accent on the Red Line

Three 15-year-olds told a woman on the Red Line to go back to her own country before one of them began beating her with her fists and a phone as the train traveled between Savin Hill and Andrew the day before the election last week, the Suffolk County District Attorney's office reports. Read more.