The Massachusetts Appeals Court today upheld an award of more than $850,000 for an MBTA supervisor forced into retirement as the culmination of a ten-year grudge by a Green Line track worker who worked his way up the ranks after the supervisor reported him for filing for overtime pay for work he didn't do. Read more.

The Globe shows how delays were already mounting for the new cars even before March.

It's not just for trucks anymore. 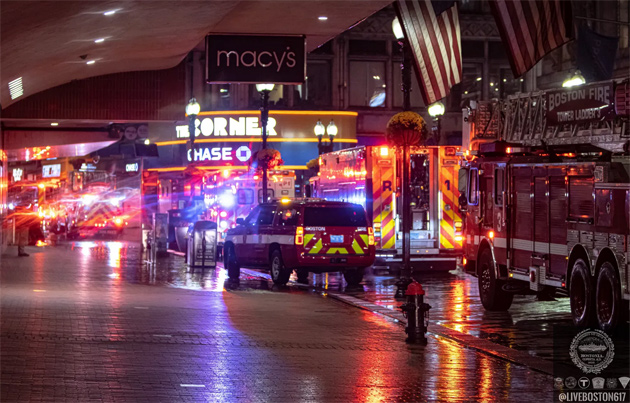 Live Boston reports emergency crews responded to Downtown Crossing around 2 a.m. after a man was found on one of the third rails on the Orange Line. He was pronounced dead at the scene.

Wait, this is 2020 and we haven't had a single Fitchburg Line train attacked by an Albertosaurus yet

Man charged with getting off on the Green Line

Transit Police report arresting a Medford man they say stared at a woman on a Green Line platform on Park Street, followed her onto a trolley, sat across from her and then "exposed his genitals and committed a lewd act." Read more. 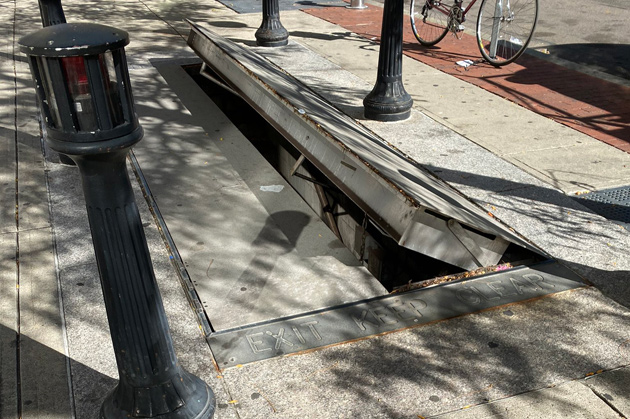 Greg spotted one of them at least partially open, in front of the CVS in Copley Square. The T said it would send somebody over to close it. 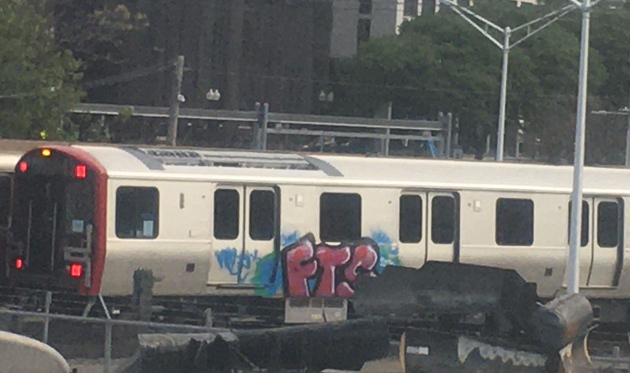 Roving UHub photographer Jed Hresko spotted one of the new Red Line cars all tagged up today in the Cabot Yard in South Boston - before the T could even finish applying red paint to the bottom third of the car's side.

CommonWealth Magazine reports on MBTA planning for service in an era when ridership remains way down due to Covid-19. Bus routes serving low-income communities, where demand has not collapsed, might be protected from cuts.

Brian Kane reports that CRRC is now 12 to 15 months behind schedule in churning them out at its Springfield assembly plant. The Boston Business Journal reports that means Orange Line riders could continue to see their superannuated cars until April, 2023, 15 months after originally planned, while the last of the wizened Red Line cars could still be in service until September, 2024, 12 months later than expected.

Police: Man was hanging out at Readville train station with a loaded gun

Boston Police report arresting a Hyde Park man packing a revolver loaded with six rounds on the pedestrian bridge that connects the two sides of the Readville train station over the tracks. Read more. 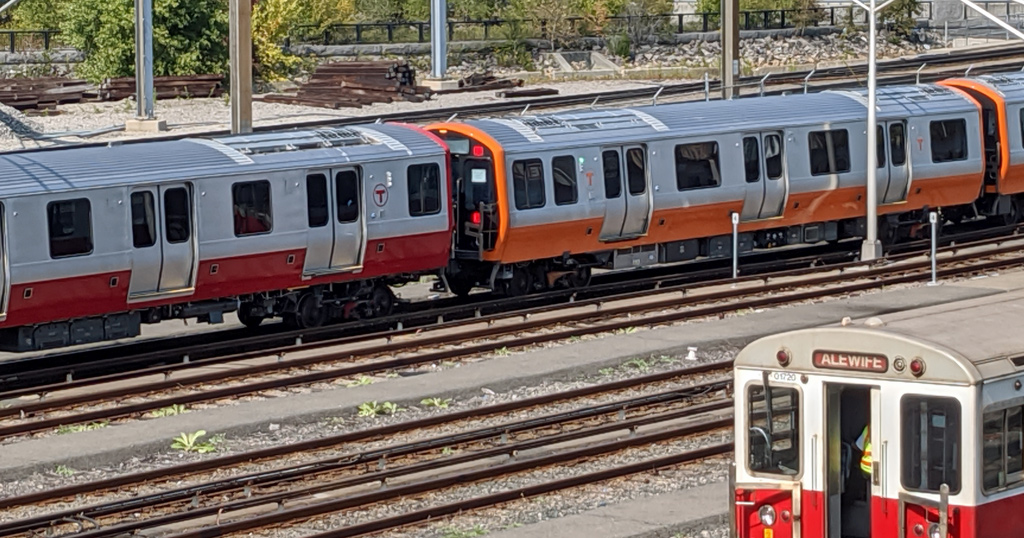 The first couple of test models of the new Orange Line cars now sit with new Red Line cars in the MBTA's Cabot Yard in South Boston, which, of course, makes you wonder how they got there (secret deep-underground switch at Downtown Crossing?). Read more.

Things far from fine on the B Line

The T is reporting both a dead outbound trolley at BU East and a wire problem near BC.

The Red Line and commuter-rail service came to a halt on either side of JFK/UMass shortly after 10 p.m. after a man jumped on the Red Line tracks, ran down them a bit and then jumped off. He didn't start the night as a Red Line track runner but as a simple motorist, except he apparently crashed into a parked car, then ran away and seemed to figure the best escape route might be on the subway tracks. Read more. 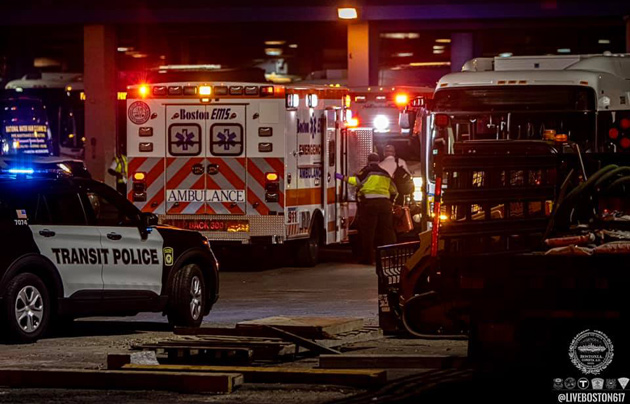 Live Boston reports an MBTA bus worker suffered fatal injuries at the Charlestown bus yard when hit by a bus around 5 a.m.

Necessity is the mother of CharlieCard bracelets

For a brief shining moment, you could buy CharlieCard rings, if you weren't lucky enough to get a Green Lantern ring (which meant you didn't need the T, because you could fly). After six years, one person's ring finally crumbled, so, ta da: CharlieCard bracelet. No word if it can ward off bullets.

Black lawyer sues MBTA for civil-rights violations over 2017 arrest; says cops arrested him instead of woman he says made up assault story at Haymarket

A Black attorney who was arrested on a charge of indecent assault and battery for an incident at the Haymarket bus station is suing the MBTA, saying he never should have been arrested for some jostling at a crowded stop at rush hour and that the only reason he was is because of his race and that police took the word of a known troublemaker without ever getting his side of the story or interviewing any of the witnesses he says would have backed him up. Read more.

A tisket, a tasket, Orange Line door blows a gasket

The MBTA reports Orange Line delays of up to 15 minutes because it had to take a northbound train with a major door issue out of service at Downtown Crossing.

City Realty, which used to specialize in small apartment buildings, says it will soon file plans for a 16-story, 262-unit residential building on Ashford Street, next to the West Station commuter rail station that state officials once pushed but which more recently have said they would put off until 2040 or so. Read more.

Reporter asks T workers why they're not wearing masks, gets exactly the sort of answers you'd expect