Men from as far away as Orlando, FL charged with soliciting Mass and Cass prostitutes who turned out to be undercover cops

A Boston Police officer and a state trooper posing as prostitutes Tuesday night into Wednesday snared 13 men who tried to pick them up for sex at Mass and Cass - offering to pay in either cash or drugs - the Suffolk County District Attorney's office reports. Read more.

Boston Police report officers who initially pulled a man over for making an unsafe lane change at a high rate of speed on Melnea Cass Boulevard near Albany Street around 9:55 p.m. on Friday wound up arresting the driver for the loaded gun and large amount of marijuana he had with him. Read more. 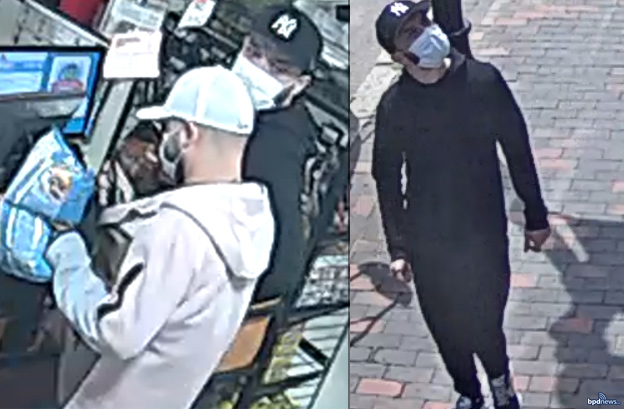 Boston Police report they are looking for a Yankees fan and a pal they say put a "skimmer" on one of the devices where customers would enter their debit or credit cards at Tropical Foods, 450 Melnea Cass Blvd. in Roxbury. Read more.

Driver mugged behind the wheel after two guys jump into his car outside Boston Medical Center, DA says

A man in his car on Northampton Street outside Boston Medical Center was robbed Tuesday afternoon by two men who jumped into his car - with one of them removing his key while the other put him in a chokehold, the Suffolk County District Attorney's office reports. Read more.

More housing, services as Boston tries to shrink Mass and Cass; plan will include new 'day centers' in other neighborhoods

Mayor Wu today announced the city's "warm weather" plan to deal with Mass and Cass: Basically, more services decentralized across the city, with transportation to get people from the troubled intersection to new "day centers" in other neighborhoods. Read more.

Police: Man pulled out of car on Melnea Cass Boulevard with a loaded gun - and an infant 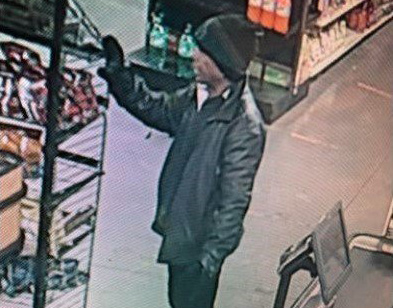 Boston Police have released a photo of a man they say threatened somebody with a knife inside Tropical Foods on Melnea Cass Boulevard around 8:45 p.m. on Friday.

17-year-old arrested on gun charges at Mass and Cass; his pal, even younger, charged with drug trafficking, police say

Boston Police report arresting a 17-year-old and a 16-year-old who were ambling around Methadone Mile, one with a gun loaded with nine bullets in a magazine, the other with enough heroin or fentanyl to warrant a trafficking charge around 5:50 p.m. on Friday. Read more.

Three men face a total of 36 drug and gun charges related to alleged Mass and Cass drug dealing this year following their indictment by a Suffolk County grand jury last week, according to the Suffolk County District Attorney's office, which add it now has warrants for police to arrest 40 more people for dealing drugs along Methadone Mile. Read more.

Boston Police report arresting a Lynn woman and a Swansea man on gun and drug charges at Mass and Cass around 8:45 a.m. Read more.

Boston Police report a man who robbed and spit on a woman at the intersection of Massachusetts Avenue and Melnea Cass Boulevard Sunday afternoon did not go easily when officers spotted him nearby on Southampton Street. Read more.

Man stabbed to death at Mass and Cass

Driver hits ambulance at Mass and Cass, runs away, is arrested on a rooftop, removed via fire ladder, police say

Boston Police report arresting an Andover man they say ran into the back of a Boston EMS ambulance that had its lights and sirens going, then got out and ran away, ultimately winding up cornered and then cuffed on the roof of an industrial building next to Clifford Park. Read more.

Boston Police report arresting seven men in recent days on charges they sold a variety of drugs, including fentanyl, crack, marijuana and Gabapentin, in the area of Melnea Cass Boulevard and Massachusetts Avenue. Police add that another 25 people will be summonsed to court to face drug-possession charges after they finish addiction treatment. 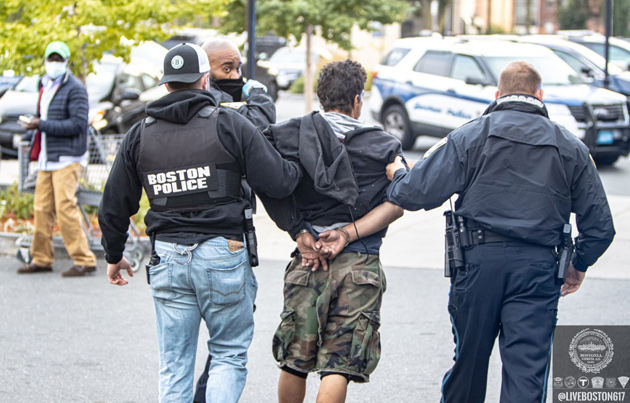 Under arrest. Photo by Live Boston.

Live Boston reports a worker was stabbed in the leg at Tropical Foods, 450 Melnea Cass Blvd. shortly before 5:20 p.m. on Monday by a man store workers said had been shoplifting moments earlier.

For three nights in a row now, pedestrians hit by drivers at Mass and Cass

Live Boston reports a pedestrian was hit by a car at the intersection of Massachusetts Avenue and Melnea Cass Boulevard early this morning, in roughly the same sport where another pedestrian was hit, allegedly by a Dorchester man who was charged with OUI, not far from the spot on the Mass. Ave. Connector where a third person was struck by a car two nights earlier, allegedly driven by a drunk woman from South Boston. 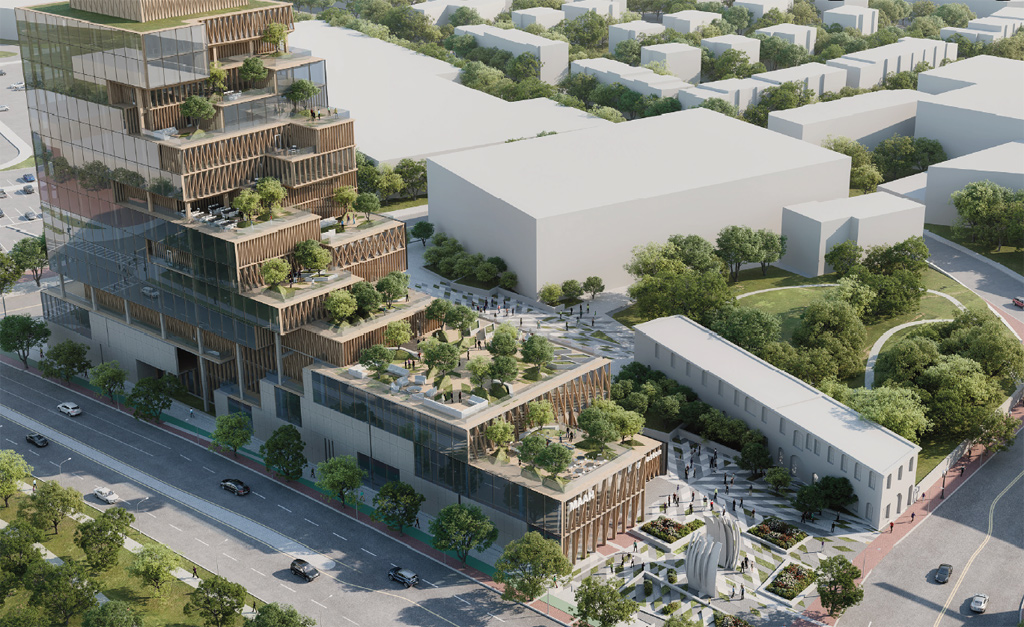 Parking lots that now stretch along Melnea Cass Boulevard between Washington Street and Harrison Avenue would become new mixed-use buildings with a park, under proposals submitted to the BPDA by three development teams to create a new gateway complex for Nubian Square. Read more.

Live Boston gets photos of the aftermath of a crash involving a Stop & Shop 18-wheeler and two SUVs late Sunday, which he says was apparently caused when the driver of one of the SUVs ran a red light. Several injured.

A pedestrian was hit by a vehicle around 8:45 p.m. on the Mass. Ave. connector near the intersection of Massachusetts Avenue and Melnea Cass Boulevard and was rushed to nearby Boston Medical Center in serious condition. Boston and State Police shut the busy intersection and some surrounding roads, including the offramp from I-93 to allow for an investigation.