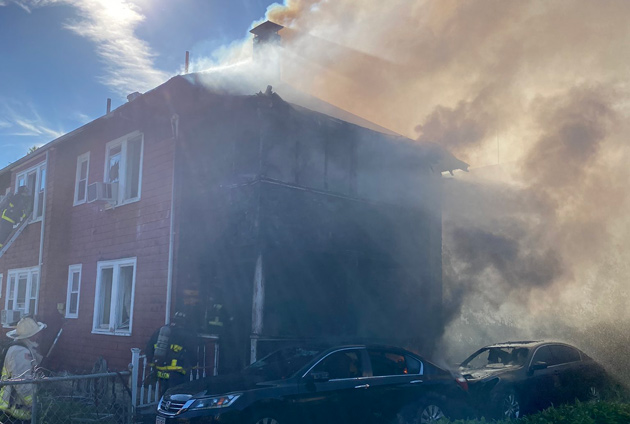 The Boston Fire Department reports a two-alarm fire at 27-29 Osceola St. damaged both a house and two cars, but that residents and a dog got out safely.

The second alarm was struck as soon as firefighters pulled up, shortly before 8 a.m. The fire shot through the roof before it was brought under control.

Two shot, one fatally, on Osceola Street in Mattapan

Boston Police report two men were shot at Osceola Street and Hopewell Road around 4:24 a.m. Both were taken to local hospitals, where one later died. Mass Incident Paging reports the murdered victim was shot in the chest; the other man in the leg.