Hail of gunfire sends bullets into three houses, leaves streets littered with shell casings in area of Speedwell and Topliff in Dorchester

Around 9:10 p.m., several people opened fire, possibly in a gun battle, in the area of Speedwell and Topliff streets in Dorchester. Read more.

Man shot on Levant Street in Dorchester, around corner from where two people were shot last week 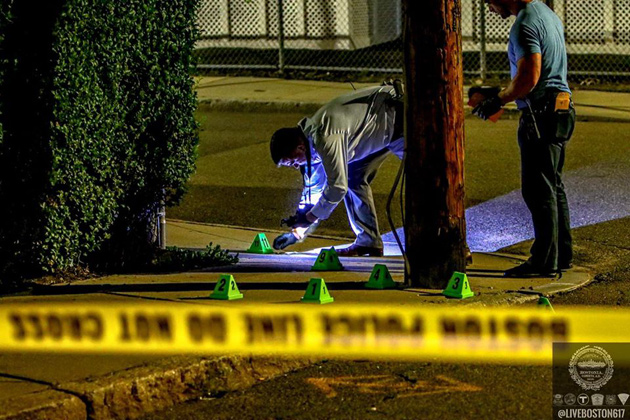 Detectives at the scene. Photo by Live Boston.

Numerous shots were fired, possibly in a gun battle, on Levant Street near Tebroc Street, shortly after 10 p.m. Live Boston reports a man showed up at Boston Medical Center several hours later with a gunshot wound to the leg.

The scene is just a short walk from where two men were shot, at Tebroc and Bowdoin streets, on Thursday.