New owner of Fort Point office building seeks to turn it into life-sciences space; says it will monitor social media for any incorrect statements about its plans 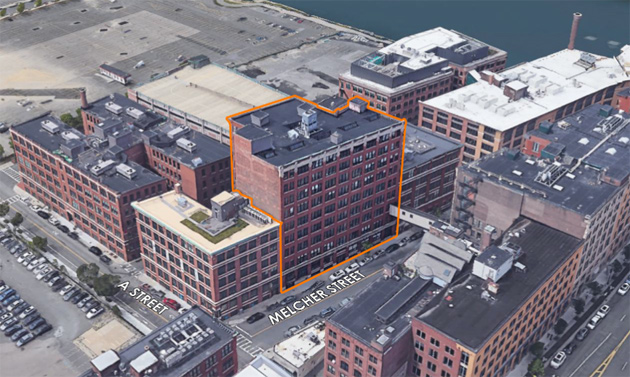 Skanska USA told the BPDA today it will soon file plans for a six-acre mixed use development along Brookline Avenue to replace the dorms that Simmons University is planning to move into a new 18-story tower on its main campus a few blocks away. Read more.

Developer hopes to revamp Mass and Cass with life-sciences building 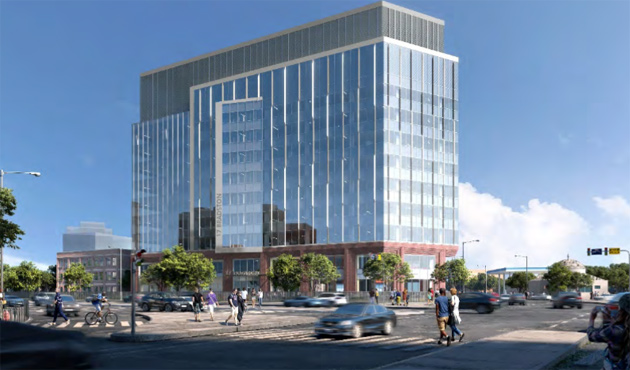 City Realty this week filed its formal plans for an 11-story, $207-million life-sciences building at 17 Bradston St., at the intersection of Massachusetts Avenue and Melnea Cass Boulevard. Read more. 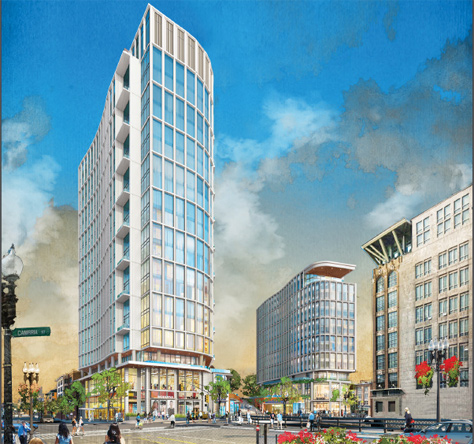 The developer constructing a two-building complex along and atop the turnpike at Mass. Ave. says it wants to outfit roughly 118,000 square feet of space as life-sciences labs and offices - about a quarter of the office space originally planned for the project. Read more.

Boston Real Estate Times reports what's going on around here to cause all those developers to propose life-sciences projects:

Capitalizing on limited available space in the near term, property owners continue to seek and achieve record high rents. ... In East Cambridge, where two ground-up projects are underway with availability, asking rents have climbed 23.9% in the last 24 months. Asking rents in Boston have also reached triple digits, ending the quarter at $100 per sq. ft.

An educational concern that replaced an old rivet factory on A Street in South Boston with what it hoped would be its new five-story headquarters has sued the Zoning Board of Appeal over its rejection of plans to retrofit the new building with "boutique" biotech lab space now that the pandemic means it no longer needs the space itself. Read more.

Get ready for more life sciences along the water: Biotech developer pays Gillette $80 million for a parcel on A Street

A joint venture between a New York developer and a Los Angeles biotech venture-capital firm last week paid Gillette $80 million for a 2.4-acre parcel at A and Binford streets that Gillette now uses mainly for parking. Read more. 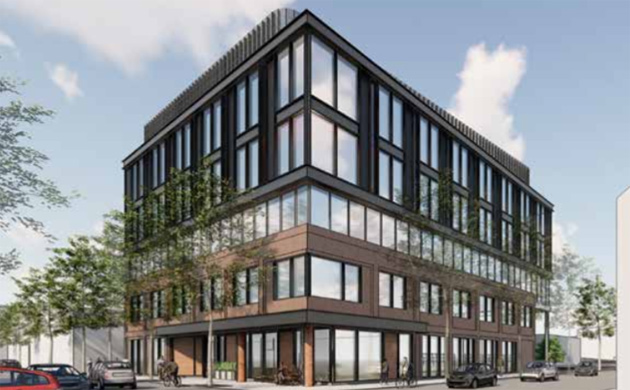 The Broadway Company of the Back bay has proposed replacing the old blue buildings at 202 West 1st St. at C Street with a "vibrant commercial office, life sciences, research and development project that better serves the needs of the community and its expanding workforce at this industrial section of South Boston’s First Street corridor." Read more.

Faded Brighton warehouse where musicians now practice could be replaced by, you guessed it, life-sciences labs

A developer wants to replace a two-story warehouse at 155 North Beacon St. in Brighton, now home to the Sound Museum rehersal studios across from the Tin Tin Buffet, with a four-building complex of research labs and office space. Read more.

Zoning board draws line in sand: No life-sciences labs right in residential areas

The Zoning Board of Appeal today unanimously rejected a proposal to convert an unoccupied office building at 69-71 A St. into a "boutique" life-sciences building, because it sits in an area now zoned specifically for residential use - like the condo building next door on West 3rd Street. Read more.

Owner of building across from South Station hopes to replace failed co-work space with, of course, life-sciences lab space

Oxford Properties, which owns the building across Atlantic Avenue from South Station where WeWork no longer works, says it will soon file plans to replace the co-working space with space aimed at attracting some of those up-and-coming life-science companies that seem to be what's keeping Boston's commercial developers afloat these days - and maybe add a ground-floor restaurant to keep those workers and nearby Leather District residents well fed. Read more.

Why new Boston development projects all seem to include space for life-sciences labs: Business is booming

A new report from the BPDA says that what is already the nation's largest biotech region keeps adding jobs, which is why the industry has exploded out of Kendall Square across the river and down the Charles. Read more.

Getting cells to make drugs counts as manufacturing for tax purposes, court rules

The Supreme Judicial Court ruled today that a biotech company that genetically modifies bacteria and animal cells to produce new drugs is engaged in manufacturing, which means it has to pay more state taxes. Read more.

Xconomy reports the stock price for Cambridge-based Seres Therapeutics is dropping like a rock on news that its novel attempt to treat an increasingly antibiotic-resistant strain of bacteria didn't seem to work much better than a placebo. Read more.

N. Anthony Coles, who recently returned to head up a biotech startup (based on work at MIT, natch), writes about the area's emergence as the world's leading innovation center in the field:

Xconomy reports that Spero Therapeutics today announces a $30-million round of investments for its search to find new drugs to fight bacteria that have gained resistance to current antibiotics.

Oops, they did it again: Local biotech firm sues Texas rival for second time over patent

AsymmetRx Medical, an Acton company that holds a patent on an antibody used to diagnose prostate cancer, is suing Santa Cruz Biotechnology of Dallas on charges the Texas company offers a product that uses the same basic idea.

In its lawsuit, filed this week in US District Court in Boston, AsymmetRx, founded on the work of a Harvard researcher, says Santa Cruz started selling its product after it had agreed in 2007 not to do so - to settle a similar lawsuit AsymmetRx filed over the same exact patent.

Luke Timmerman explains why Boston is poised to overtake the Bay Area as the biotech hub of the universe - and his reasons sound a lot like the reasons why the Bay Area overtook the Boston area as the high-tech center of the world:

Mark Levy analyzes a Globe story that purports to find a growing "backlash" against tech development in the city, based largely on the fact that the Forest City project got defeated:

Vertex moves out, Pfizer moves in

The pharmaceutical giant Pfizer is looking to consolidate its two Cambridge locations into a single, more centrally-located facility. FierceBiotech reports. The company said in a release that it plans to "enhance its presence" in Cambridge, and to shift "selected resources" up from Groton. That, presumably, translates to more high-caliber biotech jobs for the Boston area.