New newspaper in Back Bay, South End looks a lot like the old one 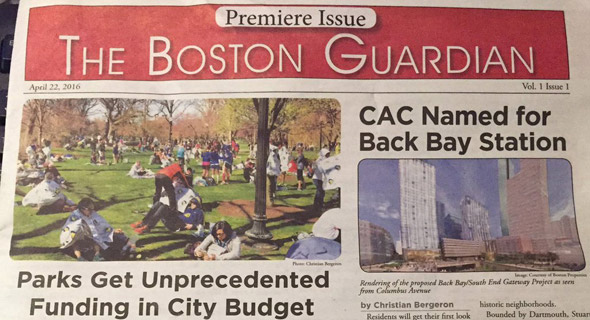 Back Bay and South End residents woke up to a new weekly newspaper today, as Mr. Goodmorning shows us. If it reminds you of the old Boston Courant, that's because the owners, named only as "area residents" in an intro note, have hired David Jacobs and Gen Tracy to run it. The couple, of course, shut their paper in February after losing a wrongful-termination lawsuit by an ad manager who couldn't meet his quotas after the Courant shelved the Web site he had been hired to sell ads for. 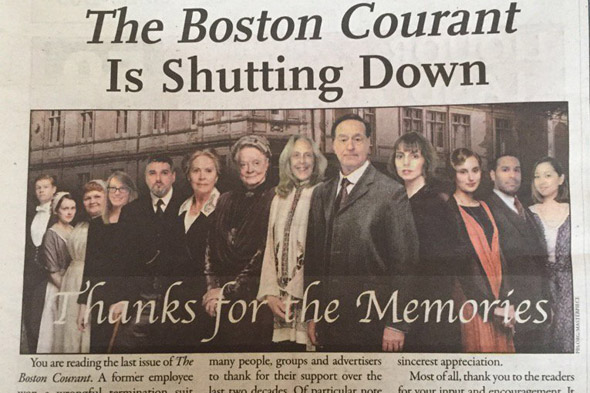 In a front-page message to readers this week, Boston Courant owners David Jacobs and Gen Tracy say they lost a wrongful-termination lawsuit by a former employee and that: Read more.

The newspaper without a Web site

Callum Borchers interviews David Jacobs, publisher of the Boston Courant, on why he sees no need for a Web site.