BTD waited until 5 p.m. to announce you could have parked for free in metered spots today because the service it uses for the ParkBoston app (which lets you pay via your phone, rather than via a credit card or quarters) relies on Amazon Web Services, which went down this morning. Read more.

The engineers did change the colors on their slide on the left, company says.

A Boston-based startup that says it can revolutionize the way engineers can find out what's sitting underground before they begin large construction projects says it first has to dig itself out of the mess left by some programmers it had hired who allegedly not only stole the company's ideas and data but destroyed the information before they left to start a competing company. Read more.

Northeastern University reported a "major data center outage" this morning that made it impossible for students and staff to use their Husky Cards, their IDs that normally give them access to everything from cafeteria food and library checkouts to printing and washing machines as well as to the portal that lets students access their class information. Read more.

Great, now the robots are having block parties

Tomorrow in the Seaport.

MIT was particularly magnetic this past weekend 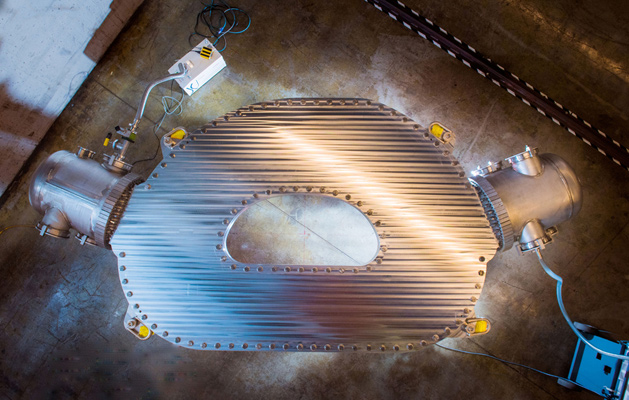 While most of us were enjoying the Labor Day weekend, researchers at MIT and a spin-off fusion company in Cambridge were powering up the world's most powerful version of a new type of superconducting magnet, one they say could help lead to fusion power actually becoming a reality. Read more.

BPL says it's restored public WiFi, but other online services remain off as it struggles to recover from hacker attack

The Boston Public Library reported today it's restored WiFi and that employees are beginning to input all of the book checkouts they'd had to record by hand since somebody knocked many of their systems offline last week. Read more.

Why new Boston development projects all seem to include space for life-sciences labs: Business is booming

A new report from the BPDA says that what is already the nation's largest biotech region keeps adding jobs, which is why the industry has exploded out of Kendall Square across the river and down the Charles. Read more.

With pandemic waning, state turns on system to let you know if you've come near somebody with Covid-19

Jon Masters reports the Commonwealth has enabled a system that is supposed to alert people with Android or Apple phones if they come within infecting distance of people who have reported being infected with Covid-19. Read more.

Blackstone, a New York investment firm, announced today it's buying International Data Group from the Chinese company that had acquired it in 2017. IDG runs a market consulting service and a variety of Web sites focused on IT buyers and sellers, both in the US and abroad. 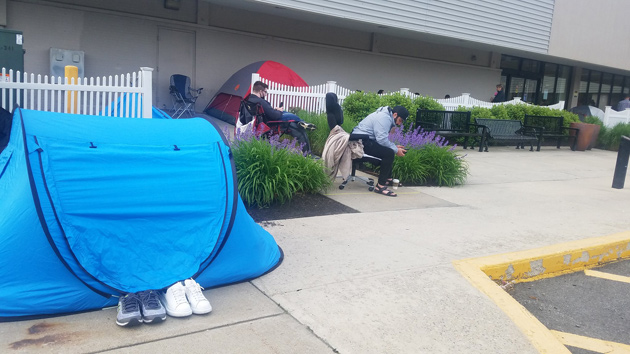 Shortly before 8 a.m., Carol Beggy spotted at least 60 people - and one dog - lined up outside the Cambridge Micro Center, waiting so they could rush in and snap up $600 graphics cards. Read more.

Changing of the guard: Seaport building that went up as an insurance-company headquarters to be retrofitted for life sciences 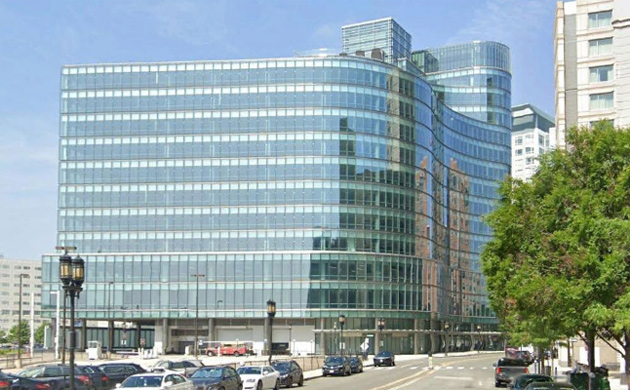 601 Congress St. From the BioMed filing.

A Kendall Square concern has filed plans with the BPDA to retrofit the curvy 14-story building at 601 Congress St., originally built as the US headquarters of a Canadian insurance company, as lab and office space for the red-hot life-sciences market in Boston. Read more.

Text messages stop being legally private the instant you send them, court rules

The Supreme Judicial Court ruled today that a man's text messages can be used against him in a criminal case because they were recovered from another man's phone. Read more.

Timothy Leary's dead, but Mass. General plans to study medicinal uses of one of the psychedelics he studied

The Harvard Crimson reports Massachusetts General's new Center for the Neuroscience of Psychedelics will study whether psilocybin and Ecstasy could help with a variety of mental issues, starting with one common effect of depression and severe anxiety and with PTSD that is resistant to traditional treatments. Read more.

BPD looks to build ambitious public visualization site for crime data, but first it hopes to restore a simpler spreadsheet-like feed of the information

The current look of the Analyze Boston police data portal.

Boston Police have started looking at building a Web site that would let the public see data from arrests and other incidents in a variety of ways, including on maps.

The Crimson reports Harvard researchers who hoped to release particles into the atmosphere to see if they could reduce the amount of sunshine hitting the earth were blocked by protests from the Saami Council, which represents Saami living in an area of Sweden where the tests were to be done.

The researchers are looking at sunlight blocking as a possible way to reduce global warming, not as a future plot of a James Bond movie.

It's not what you think: MIT researchers figure out how to recreate key part of mucus

MIT News reports have created synthetic mucins - the key ingredient of mucus - which could lead to new antibacterial treatments, because it turns out that, more than just being messy, mucus can help fend off the microorganisms. Read more.

Richard "RMS" Stallman announced he's back on the board of directors of the Free Software Foundation, 18 months after he resigned in a hailstorm of controversy over comments suggesting Jeffrey Epstein's underage victims were "entirely willing." Read more.

MBTA says it wants to find out why one of its brand-spanking-new Orange Line trains derailed at Wellington today; in the meantime, riders will get buses instead

The T has issued a statement on the derailment in the area where workers were supposedly making track improvements at Wellington today: Read more.