DA: Couple went into water off Black Falcon Pier three days before their bodies were found 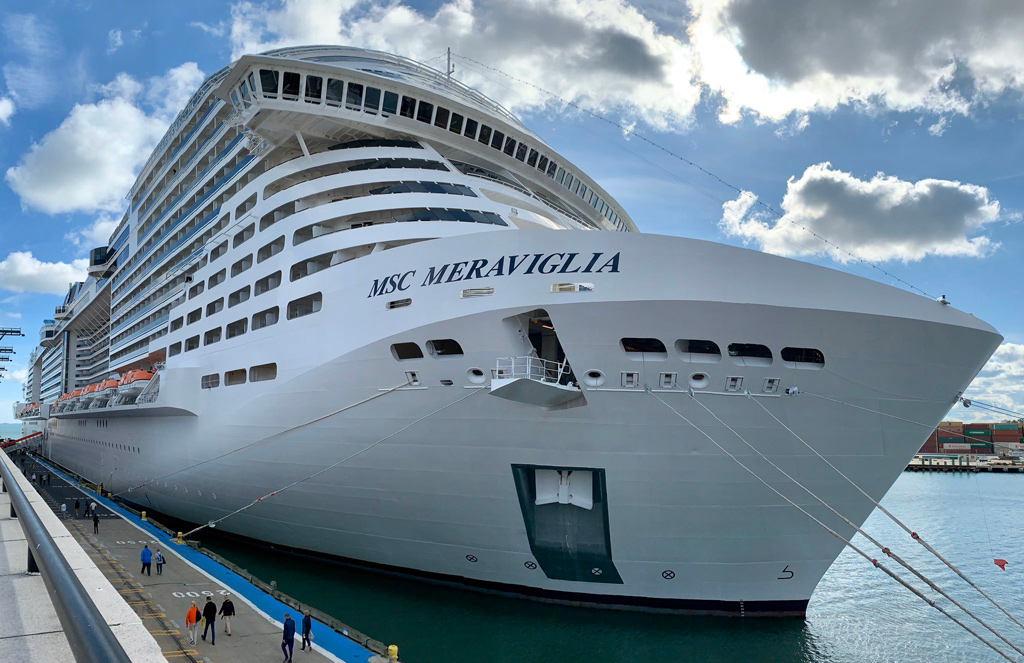 Gary Waldeck couldn't help but notice the MSC Meraviglia docked at the Black Falcon pier this morning. With a capacity of 4,500 passengers, it's the sixth largest cruise ship in the world - and the largest to ever dock in Boston.

Good day for a ship commissioning 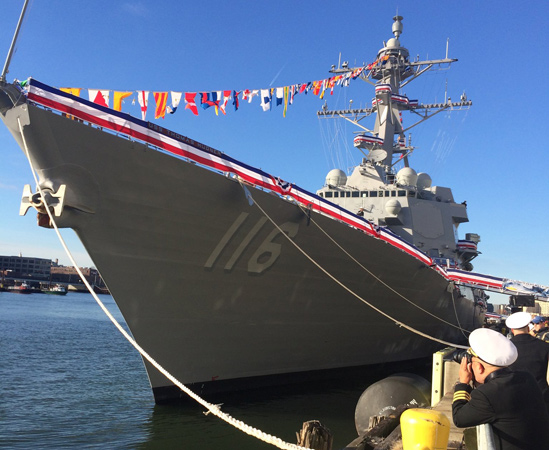 Adam Castiglioni is at the Flynn Cruiseport for the formal commissioning of the USS Thomas Hudner.

Boston Police alert us that between 8:45 a.m. and 11 a.m. both tomorrow and Saturday, the Navy will have cannons blasting and fighter jets zooming over the Reserved Channel to help celebrate the formal commissioning of the USS Thomas Hudner.

The ship is named after Fall River native Thomas Hudner, who was awarded the Medal of Honor for crash landing his fighter jet in Korea in 1950 in an attempt to save another pilot who had been shot down by the Chinese.

The one that got away 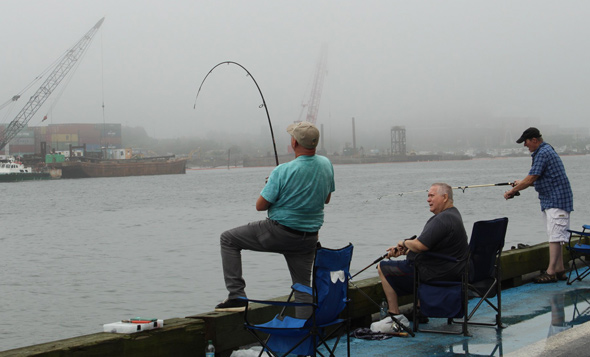 Eileen Murphy watched some fishermen plying the waters of the Reserved Channel today; she reports that whatever the guy had hooked got away. 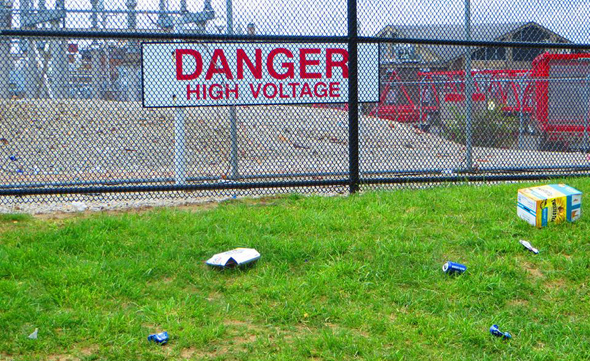 Park next to the substation where the Harborwalk now ends. Photo by Eileen Murphy.

State energy regulators have signed off on plans by Eversource to expand its K Street substation in South Boston. The plans include connecting two parts of the Harborwalk path that now end near where the new equipment will go. Read more.

After the rain, a rainbow

Krista Easterly enjoyed some rainbow action over the Reserve Channel and Boston Harbor this afternoon.

The developers working on transforming the 15-acre Boston Edison power-plant site today filed formal plans with the BPDA and state environmental regulators for 2.1 million square feet of development, including 1,588 residential units, a 150-room hotel, 340,000 square feet of office space and 68,000 square feet of retail, 987 parking spaces and more than an acre of public space along the Reserved Channel. Read more. 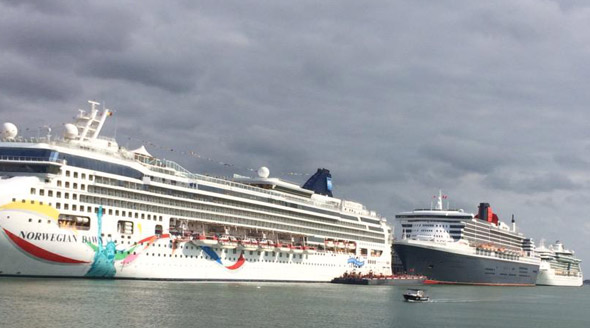 Mike took a look at the three cruise liners docked at the Black Falcon Pier today: The Norwegian Dawn, the Queen Mary 2 and the Serenade of the Seas.

First responders rushed to the Summer Street bridge around 8:30 a.m. on a report of a person in the water. Eileen Murphy reports they recovered a body.

A towering presence at Castle Island

Eileen Murphy couldn't help but notice how a container ship at the Conley Terminal towered over everything else - like the trees at Castle Island - today.

The Boston Business Journal reports Massport will use some land it bought from the MBTA between E. 1 Street and the Reserved Channel for a "freight corridor" that should take trucks off E. 1 and to build a 4.5-acre park.

Nothing reserved about this ship

Neal Gaffey watched the Brilliance of the Seas passing Castle Island on its way out to sea today.

MassChallenge, a high-tech incubator, announced along with Mayor Menino today that it'll be moving into new space in the Boston Marine Industrial Park from its current offices on Fan Pier.

MassChallenge will move into what's now called the Innovation and Design Building, formerly the the Bronstein Center and the Boston Design Center. Jamestown Properties of Atlanta finished its acquisition of the two buildings earlier this year and announced plans for a three-year renovation project.

Our own Bermuda Triangle

A.P. Blake noticed the ghostly outline of a sunken ship in a Google satellite image of the tiny part of the Reserve Channel that lies past Summer Street, away from the cruise-ship terminal. Dave Barboza found two more.

According to police, waves whipped up by the storm capsized the boat around 5:45 p.m. at the Reserve Channel by the Conley Terminal, as it was on its way to India Wharf. The lobsterman, not identified by police, took on the soaked mariners while a Boston Police harbor-unit boat pulled the sodden boat to the nearest dock.

Boston Police report the body of a 36-year-old man was pulled out of the Reserve Channel by Summer Street and Pappas Way around noon today. A preliminary investigation found no obvious signs of trauma on the body, police say.

Man trying to bail out boat needs to get bailed out

Boston Police report a man using an inflatable boat to row out to his 18-foot dory to bail it out of rainwater Sunday evening fell out of the boat when it capsized. He couldn't get back in, so he started to swim back to shore. Police say the Harbor Patrol Unit found him in the Reserve Channel past the Peninsula Yacht Club, where Boston firefighters and EMTs were already trying to get him a lifeline. "He was released unharmed," police say. Rhea Becker was there when he caught this Boston Harbor striper off the Black Falcon pier in the Reserve Channel.