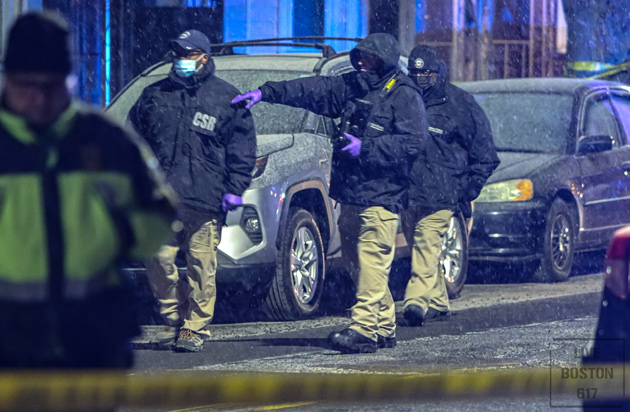 Live Boston reports a man was shot on Saratoga Street at Wordsworth Street in East Boston around 8:20 p.m. on Sunday. The homicide squad was called in due to the severity of the vicitm's injuries. 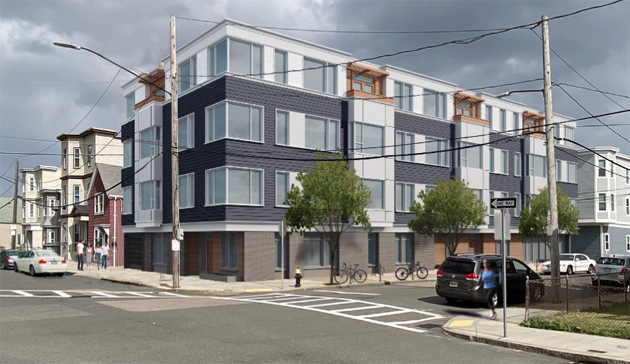 Rendering of the larger building by J. Garland Enterprises.

The Zoning Board of Appeal today approved plans by developers for two new residential buildings, with a total of 29 units, to replace what is now a flooring concern, along Curtis and Saratoga streets in East Boston. Read more. 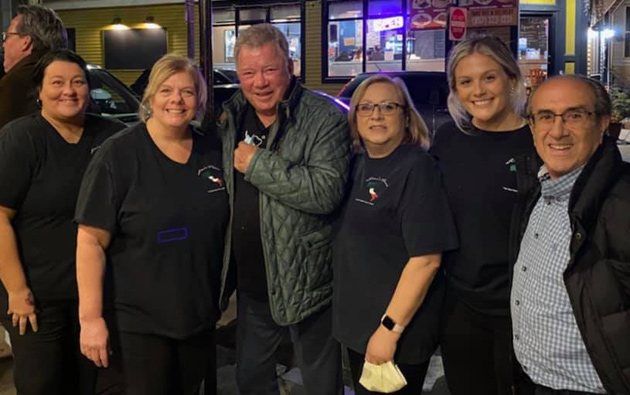 Brian Riccio forwards this shot of William Shatner after a meal at Rino's on Saratoga Street in East Boston last night. Looks like he enjoyed himself, even if they were out of Saurian brandy.

The Boston Licensing Board today gave restaurants in East Boston and on Beacon Hill permission to expand their beer and wine offerings to include liqueurs and the mixed drinks that can be made with them. Read more. 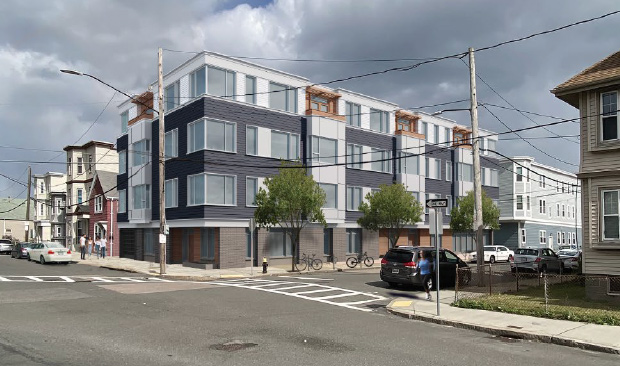 Two developers have proposed replacing an old flooring concern and two vacant lots on Curtis Street between Chaucer and Saratoga street in East Boston with a pair of four-story buildings with a a total of 29 residential units and 16 parking spaces. Read more.

Six charged with holding a man up at both knifepoint and gunpoint in East Boston; more suspects at large

Boston Police report a man entering his home on Lexington Street Monday night was swarmed by eight to ten men and teenagers, four of whom held him at knifepoint while a fifth put a gun to his head. Read more.

Boston Police report arresting an alleged drug dealer and two of his customers in East Boston Sunday afternoon after, they say, he and one of his customers tried driving into cops. Read more. 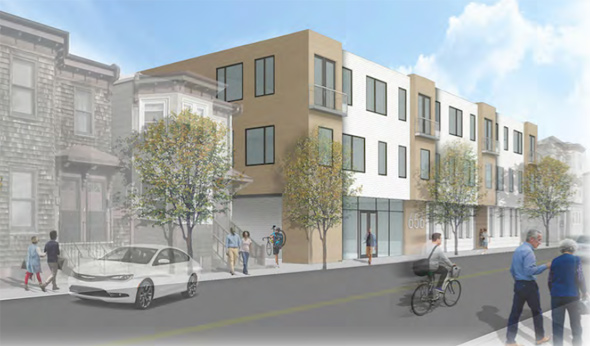 MG2 has proposed another East Boston building, this time a 30-unit building at 656 Saratoga St., near Curtis Street - and Rte. 1A. Read more.

Citizen complaint of the day: The East Boston gas smell that won't go away

A concerned citizen files a 311 report about the intersection of Saratoga and Bennington streets in East Boston:

Smell like Gas!!! Please send a competant gas crew to investigate this god damn gas leak that has been in this intersection for weeks.these useless contractors come here and barely check anything..the public is scared .is anyone listening

A Wakefield developer has proposed replacing an unused garage and tool and die facility at 946 Saratoga St. in Orient Heights with a 42-unit residential building overlooking Noyes Park. Read more.

BPD Capt. John Greland reports a crash tonight outside 165 Saratoga St was serious enough to have the homicide unit and the fatal-accident reconstruction team called in just in case.

Boston Police report arresting a Lynn man they say struck and killed a man with his car around 6 a.m. on Saratoga Street between Brooks and Putnam. Read more. 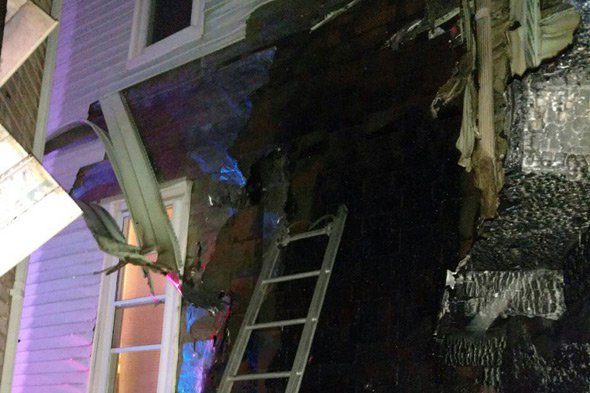 Boston firefighters arrived at 784 Saratoga St. around 11:40 p.m. for what turned into a two-alarm fire that burned the building's rear porches. The fire appeared to be knocked down around midnight.

The Boston Fire Department reports 13 residents were displaced and estimated damage at $150,000. The cause is under investigation.

Boston Police report arresting three Lynn men on charges they burst into a home early Saturday morning, one with a knife and one with a bat. Read more. 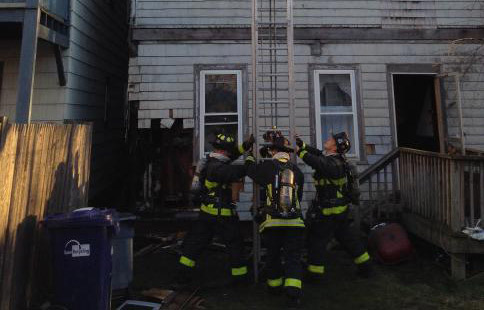 Firefighters making up after the fire. Photo by BFD.

The Boston Fire Department reports firefighters responded around 3:30 p.m. to 722 Saratoga St. for what turned into a two-alarm fire that got into the building's walls, displaced six people and caused an estimated $100,000 in damage.

No injuries were reported. The cause remains under investigation.

Firefighters aim streams of water at fire on Saratoga. Photo by BFD.

A fire at 1051 Saratoga St. jumped to 1053 Saratoga before being brought under control, the Boston Fire Department reports.

Two firefighters were injured while battling the fire, reported at 12:53 a.m., the department says - one with heat exhaustion, one with a knee injury.