The last of the storm moves out 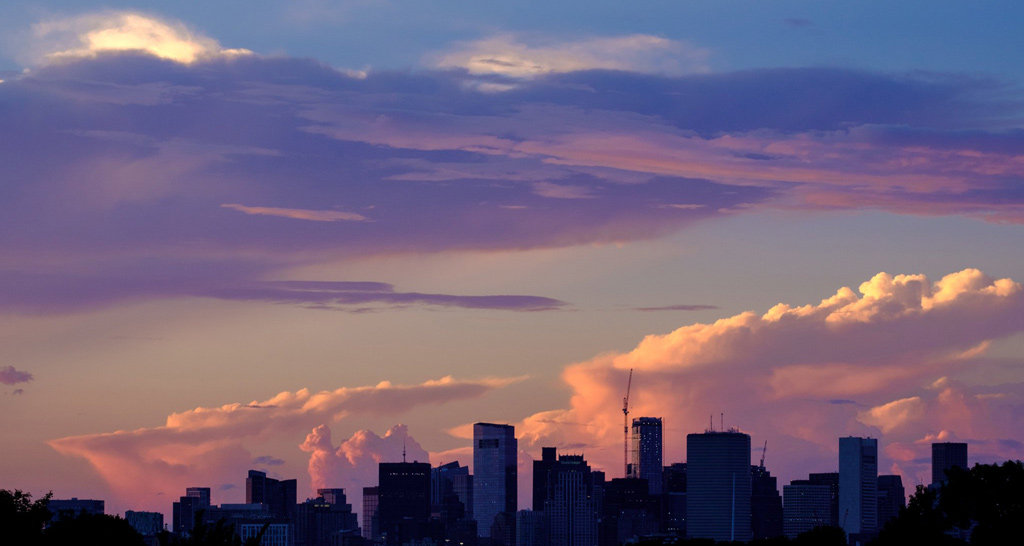 Parrish Freeman watched the clouds move out this evening from Jones Hill in Dorchester. 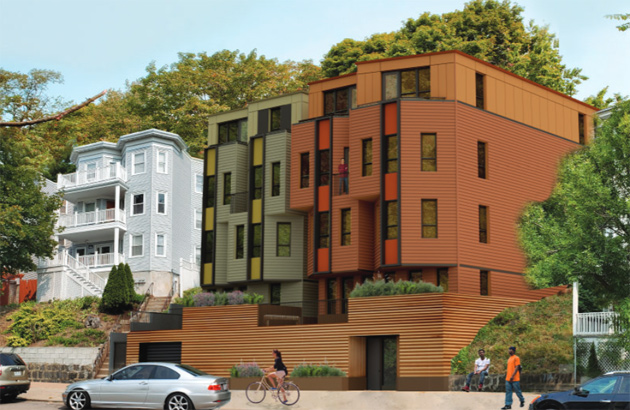 Urbanica of Roxbury has filed plans with the BPDA to build 15 "affordable" condos at 120-122 Hancock St., at the base of Dorchester's Jones Hill, near Howe Street. Read more.

The Zoning Board of Appeal approved a developer's plans to replace an old motorcycle garage on Pleasant Street at Roach Street in Dorchester with a three-story, eight-unit residential building with four parking spaces. Read more.

An early snow on one Dorchester street 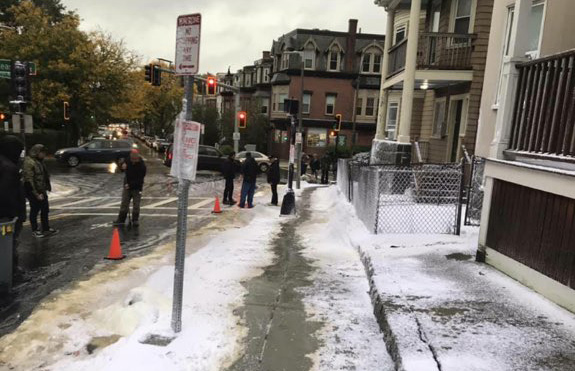 Seems Marky Mark is back in his old hood, doing a movie in which he really stretches his dramatic wings and plays a gritty gun-toting tough guy with a Boston accent. One of the scenes in the Netflix-sponsored version of a "Spenser: For Hire" story (of course) called for snow. Kaw3589 reports the recreation of winter on Jones Hill this morning was "pretty damn spot on" - look at those space savers and the half-assed shoveling job for that half inch of snow. 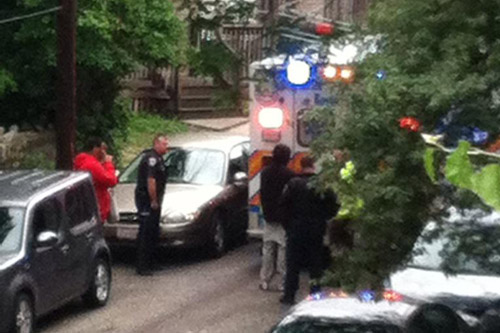 The scene on Hancock Street. Photo by Necee.

Stanley Staco reports a man was stabbed outside 150 Hancock St. around 5:30 p.m. - not long after somebody was robbed of an iPhone on the street by crooks smart enough to insist he turn off the phone's tracking software first. The stabbing victim is 17 and lives in Hyde Park. 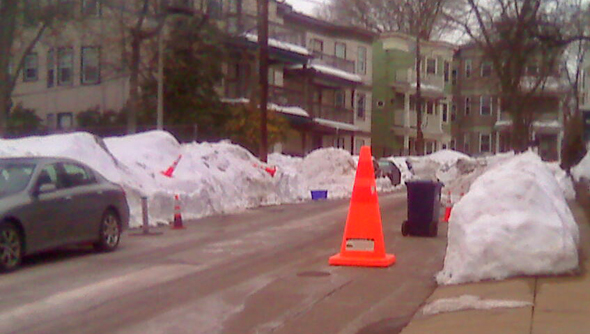