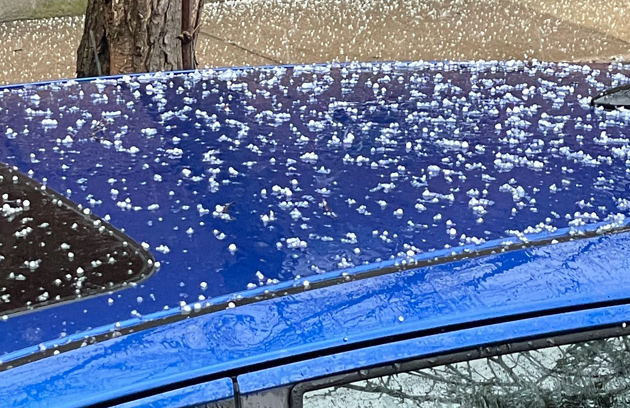 Rachel Anne Miller watched the hail come down near Porter Square in Cambridge as the storm moved through around 2:45 p.m. Read more.

Greg Reibman at the Charles River Regional Chamber reports that Gannett will stop printing the Newton Tab, Needham Times and Watertown Tab & Press in May. It shut its paper serving some Boston neighborhoods in December.

Smash all the dams: Group calls for removal of all the dams on the Charles from Watertown upriver

The Charles River Watershed Association makes the case for removing dams along the river, starting with the one in Watertown, which long ago ceased to fulfill its original function of powering a grist mill and which now is in bad shape , a fish-species destroyer and a general menace in the event of a major storm.

Saying farewell to the trackless trolleys 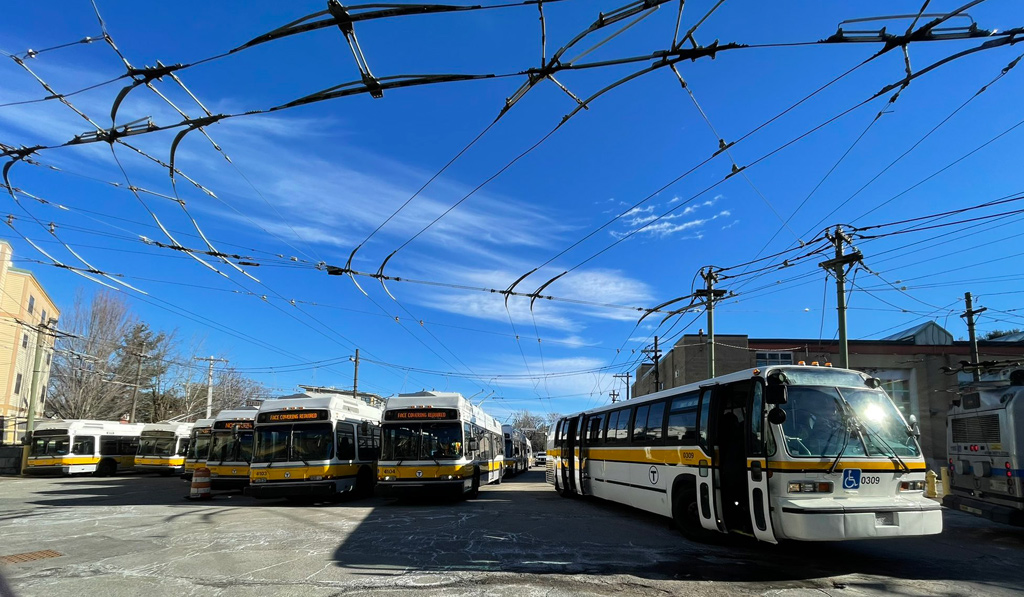 BAC Library journeyed over to the T's North Cambridge yard today to take one last look at the trackless trolleys before the T starts ripping out all the wires next month in preparation for the arrival of battery-powered buses (with small diesel engines for heat) - in a couple of years or so (in the interregnum, the T will run diesel buses). T workers even rolled out a venerable old non-wire-powered RTS bus (on the right) for inspection.

The Watertown Board of Health has decreed "requiring face coverings for all persons at all times when inside public spaces or private spaces open to the public," effective at 12:01 a.m. on Wednesday. Read more.

Headline didn't libel Watertown man by calling him an Iranian spy after he was arrested only on a charge of being an unregistered Iranian mouthpiece, judge rules

A federal judge has dismissed Kaveh Lotfolah Afrasiabi's libel suit against United Press International for a headline it ran on an op-ed piece that labeled him as an Iranian spy after he was arrested on charges he didn't register with the US government as a foreign agent for work he did to present the Iranian side of things in Western press interviews. Read more.

The Board of Health order goes into effect Wednesday for everybody over 5, Watertown News reports.

Board of Health order.

Luck may have run out for Watertown family: They're indicted for tax evasion on $21 million in scratchie winnings over a decade

A federal grand jury last week indicted a Watertown man and his two sons for an alleged scheme in which they managed to evade hundreds of thousands of dollars in taxes on the $21 million in winning state lottery tickets they cashed in between 2011 and 2020. Read more.

Watertown News reports the attack. which left another dog injured, happened in the area of Walnut Street on Friday night.

Russo's of Watertown to shut this fall

Some Watertownians consider their official name too confusing

Watertown News reports the Charter Commission for the City Known as the Town of Watertown is considering changing the official name to just the City of Watertown.

Watertown News reports (scroll down a few pages) an Elm Street resident who'd had an argument with another tenant in his building called 911 to report the other tenant was in the basement with a gun, threatening people. Several officers arrived, found the alleged gunman on the porch, just sitting there, and, after a brief investigation, found the 911 caller and summonsed him to court for making a false report.

Watertown News has the details on the Arlington Street crash (scroll down a page).

HuffPost takes a look at the background of Benjamin Welton, until yesterday a teacher at Star Academy, which has campuses in Watertown and Wellesley, and a history PhD candidate at Boston University.

State to test various ways to remove bad plants, restore the banks along the Charles River 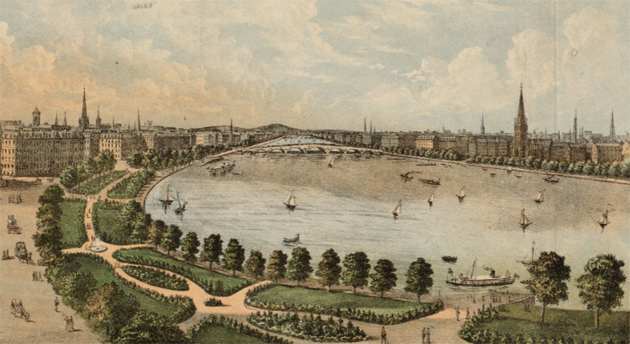 Restoration won't include removing the highways, though. 1886 view of the proposed Charles River parks from BPL Leventhal Map Center.

DCR is aiming for a fall start of a pilot program to test various methods for restoring the banks of the Charles River Basin and reducing the amount of invasive trees and other plants along the banks that it says crowd out native species and reduce the vistas of the scenic waterway. Read more.

Kaveh Lotfolah Afrasiabi, a former BU professor who has been giving the Iranian side of Middle East issues in articles and interviews since 2007, today sued United Press International and one of its writers for claiming his arrest in January was for being a spy when, in fact, he was charged with a federal law that requires lobbyists getting paid by foreign governments to register with the Justice Department. Read more. 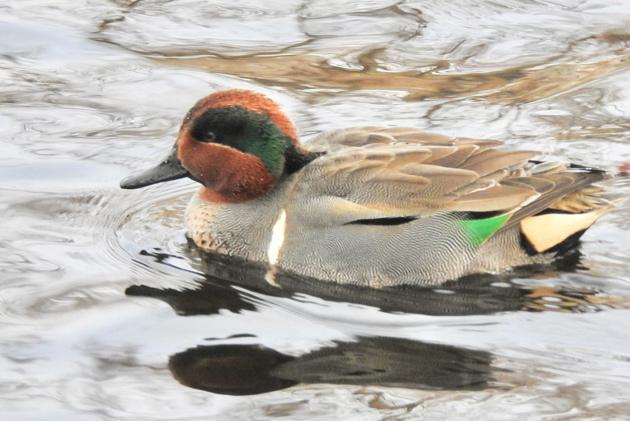 Mary Ellen spotted this green-winged teal on the Charles River in Watertown today, not far from where she spotted a male wood duck: Read more. 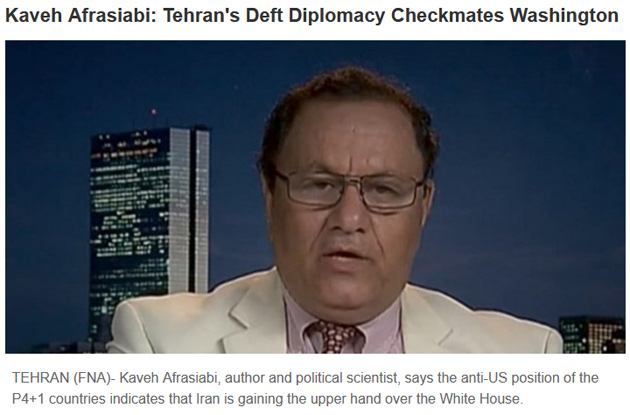 The US Department of Justice today charged Kaveh Lotfolah Afrasiabi, 63, of Watertown with acting and conspiring to act as an unregistered agent of the Iranian government. Read more.

Watertown News reports the Town Council is fed up with all those double poles - where a utility puts up a new pole then doesn't take down the old one next to it - and has told Eversource the company can forget about getting permits for any other work in town until it does something about them.

A Boston double pole that was finally taken down after several years.