The woman, Sgt. Det. Robert Mulvey testified this morning, was "substantially unclothed," she was straddling the man's waist and she was in motion.

Now Christine Pulgini, acting director of licensing and consumer affairs for the city of Boston, has to decide whether the stripper at the Glass Slipper on Lagrange Street was merely engaged in exotic dancing, which is permitted under the First Amendment, or whether she was participating in the sort of "intimate physical contact" prohibited under Section F 1(c) of the Boston Entertainment Licensing.

Pulgini held the hearing on a citation issued by Mulvey and another licensing detective after they entered the Glass Slipper, one of one of two Combat Zone remnants left, for a routine inspection shortly before midnight on Sept. 24.

The detectives testified that despite the efforts of a doorman to warn employees the cops were in the house - itself a potential violation - they found a private entertainment room on the first floor where, right under a sign warning "No contact - No touching" an ecdysiast with almost nothing on was straddling a male customer in "face to face contact" - as a male floor manager looked on.

Pulgini asked whether either the man or the woman were fondling the other. "There wasn't what we would say is fondling," Mulvey acknowledged.

Section F 1(c) says "it is forbidden to encourage or permit any person in or on the licensed premises to touch, caress, or fondle the breasts, buttocks, or genitals of any other persons."

Mulvey acknowledged the fine line between the First Amendment and improper touching: "At what point does the dance begin and end" and when does it become impermissible touching? He said at some point, "it becomes you know it when you see it" and asked "should the dancer be on top of the patron?"

Mulvey added that what concerned him just as much, if not more, was the fact that the club manager was standing there, doing nothing to end what might have - and did - end up in a police citation. "He wasn't doing his job to discourage it," he said.

The club's attorney said his reading of city rule would indicate that there was no violation, because no hands were grasping body parts. Still, he said, the club has since added a bar between the seats in private areas and where the dancers gyrate, to ensure nothing that would raise the ire of Bostonians can happen. Pulgini did not indicate which way she would rule.

The club's attorney pleaded for leniency, saying that while he's not convinced there was a Section F 1(c) violation, something did happen, that club employees were disciplined after the incident and that club owners Nicholas Romano and Michael Bennett have long done their darndest to keep things clean and on the up and up in the 35 years the Glass Slipper has been open.

He pointed to the owners' backgrounds as evidence they are really good community members who are providing a service that, despite what "certain segments of our population" might think, is meeting a need. Romano, 78, he said, is a veteran, an accomplished florist who ran a flower shop on Hanover Street, and has been married for 55 years. Bennett, who took over his father's share in the business, is 47, has a psychology degree from BU and has been married for 17 years.

He added they are still paying off the mortgage they had to take out after their earlier location - across Lagrange - was taken by eminent domain for construction of the Kensington luxury tower and that they want to work with Boston Police and the city to further reduce the odds of such incidents in the future.

Who even goes to the Slipper?

Who even goes to the Slipper? Place is terrible. Do they still charge you $40 if you want to buy a girl a drink? I'd rather walk all the way to Providence than go here.

You know that thing below about the gas tax?

The woman who chaired this hearing gets paid $100,000 a year to do this. Your roads and bridges are rotting because a Walsh donor gets paid six figures to conduct a debate about touching.

Don't any of you ever again dare criticize a Massachusetts taxpayer for voting against a tax increase.

Don't any of you ever again dare

Bars close at 2, a shortage of hotel rooms, shitty weather for 1/3 of the year, and the two strip clubs that exist withing city limits are saddled with ridiculous rules like "no touching". That's why we'll never get huge convention business, not because the BCEC is too small.

Great! That works for me!

If one's company would approve of one visiting a strip club while at a convention. I mean you're only violating everything we have learned about things like what is appropriate for the work place and general civilized behavior.

When one is traveling for business, one is not allowed to visit a perfectly legal place of entertainment while they have free time? Good to know.

I've worked with plenty of professional and highly educated "company" who are free to do what they want on their own time when traveling, and they have. I don't know what "we" have learned about work, but some people are able to have a good time with good colleagues. Sounds like you aren't one of them and are bitter about the lack of invites coming in.

Just an FYI. All salaries of

Just an FYI. All salaries of licensing are paid from licensing fees. The department's cost of salary and operations cannot be passed on to the taxpayer.

Right, and police details for

Right, and police details for utility work are paid for by the utilities, with absolutely no impact on the taxpayer, because taxpayers don't ever use water, sewer, electricity, telecom, or natural gas.

Of course it's passed on to the taxpayer!

Who choose to take on that

Who choose to take on that burden as a cost of doing business when they decide to open that type of business. It's a chosen tax--stay out of the business and there's not fee/tax to pay.

Not true. The salaries of

Not true. The salaries of all Licensing Board members and staff are paid by the City.

Is it too much to hope that the police report actually contains the word "ecdysiast"?

Alas, yes it is

I threw it in there because, really, how often do I get a chance to use it? 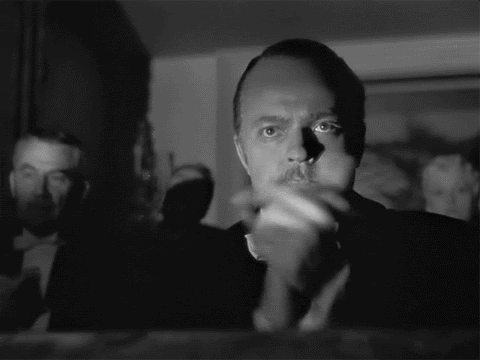 I submitted an alumni update once using "prenuptial soiree"

instead of the vernacular, bachelor party. Alas, I didn't know the word "ecdysiast" until today, so I wrote that exotic entertainment was featured. There were two performers, so what is the plural form of ecdysiast?

Thanks Adam for today's word of the day!

According To Wiktionary: Collective Noun = A Strip Of Ecdysiasts

Vocabulary Word Of The Day

Most recent Minutes. Licensing Board.

The most recent Minutes of the most recent Public Meeting of the Licensing Board are now available by email request at
http://www.cityofboston.gov/contact/?id=105

Any of you kind folks setup to post the Minutes online?

What are you asking?

Are you asking the licensing board to post them online or do you want some random UHub reader to post them?

Re: Most recent Minutes. Licensing Board.

So why don't you do the public service of sending them the weekly email asking for the minutes and posting them yourself?

I'd do it myself only I don't feel particularly passionate about having them available.

Any time I read about him, I am reminded of the preacher father in Footloose. Anytime anyone in the city is trying to enjoy themselves, he comes along and preaches his own brand of what is acceptable and moral.

As a police officer, you would think he would want something more exciting and challenging from his career. Instead he is just a pathetic killjoy in his own little fiefdom.

He reminds me of the Postal Service cop at South Station Who hides behind the stop sign just waiting for the poor guy who only slows down.

What kind of traffic ticket

What kind of traffic ticket do you get from a Postal Service cop?

a stay the flux out of here ,

I'd like to judge this grinding for myself - May you please find/post the video of the lap dance so I can form my own opinion?

Thank you Detective Mulvey and crew for protecting us from ourselves! #Heroes

Doesn't anyone else find it funny that a group who's initials are BRA took land from a strip club?

And half the BRA is actually

And half the BRA is actually EDIC.

If you're getting slippery rail, slow down.

I read Adam's posts for the vocabulary words. No... really I do!

The end of the Floating Hospital for Children: Tufts to shut pediatric unit, refer sick young patients to Children's Hospital
How first night of vaccine mandate went at one Boston club: Not well
Citizen complaint of the day: The Leather District's panty tree
Rash of break-ins has Chinatown businesses concerned
City moves to increase Covid-19 testing; one hospital says nearly 90% of Covid-19 patients in ICU are unvaccinated
The battle to replace Boncore