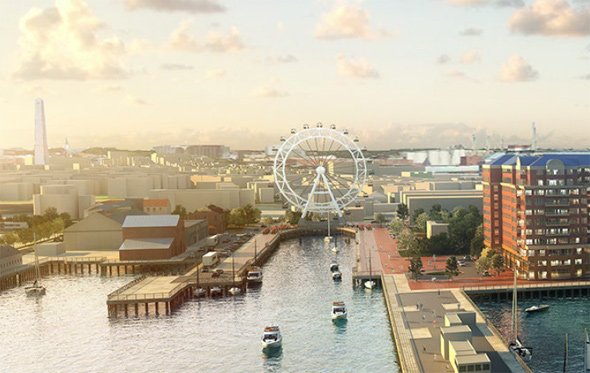 The BPDA is looking for ways to spruce up the Charlestown Navy Yard and turn it into a destination for people who have already seen Old Ironsides - with more art, history and use of the water. Earlier this week, the agency released copies of presentations from several design firms with ideas on how to "activate" both the water's edge and the three-mile Harborwalk section that runs through the Navy Yard.

Upton + Partners proposed a menu of options for the site that include a food hall, a "collaborative workspace" and a Ferris wheel that would shine across Boston Harbor at night. The company also said the site would do well with permanently docked boats, one of which could be designed as a floating school.

Upton + Partners is committed to creating a place where Charlestown residents can enjoy their own neighborhood, and visitors from around the world can share it too.

The company said the use of ships would be a key part of climate-change resiliency for a site that is right on the water in a time of rising seas:

Ships have much greater ability to cope with rising tides and hazardous climate than fixed structures. The very implementation of such a development highlights the importance of designing climate educational components on the topic of climate change and rising seas. The repurposing of vessels is environmentally friendly. The Anthem Group proposed a beer garden, a theater/music space with up to 1,000 seats, a fall fire festival, winter skating and fireworks for holidays or just because it's summer, as well as an "ArtsCommons" that would feature regular interactive installations and performances. Balance Architects and the Nolan Group proposed a series of waterfront restaurants, comparable to the Reel House in East Boston, at least one possibly housed in a docked tall ship, along with permanent light displays: DC Beane and Associates is proposing "water activities" at Dry Dock 5, such as kayak rentals, new boat slips and repairs along the water. Sea Boston proposed a "seasonal paddlesport and historic harbor tour facility." The tours would "will promote an awareness Boston's rich history and the consequences of climate change sea level rise." Also, it would be based at a dock, which floats, so it would be very resilient as sea levels rise.

The BRA/BPDA is a corrupt

The BRA/BPDA is a corrupt agency who’s leaders are bought off by developers.

Dont worry, as soon as Walsh

Dont worry, as soon as Walsh gets into office he has promised to abolish the BRA. Otherwise people will never vote to reelect him.

He did abolish it

And replaced it with the BPDA.

What's that you say?

Renaming at the cost of...

3/4 of a million dollars if I remember the article correctly.

A local swamp by any other name still smells like a swamp.

Most if not all of the MGH office workers have moved to the new HQ next to Assembly Station.

Took out the MGH reference

There is still a huge multi

There is still a huge multi-level MGH imaging and laboratory research center in the CNY though.

MGH Institute of Health Professions is right next to that dry dock and has expanded into the space formerly occupied by other hospital offices.

This is ridiculous. Boston

This is ridiculous. Boston is a puritanical city, not a world class city. This should NOT be built.

Boston can be world class

What about public transportation?

The BHC Charlestown ferry runs every half-hour or better all day (every 15 minutes during rush hours) between Long Wharf and the Navy Yard. It costs only $3.50 each way or is free with any monthly T pass.

Who let Auntie Anon on the internet again

Will the ferris wheel actually happen, or will it be a bait and switch like proposal for city hall that was removed after they won, leaving the cheapo parts that make more money. I think much more original ideas would be better, but Walsh at least has to keep proposals to their promises.

Will there be a

Love it in theory

Until the line is 600 people deep for a $20, 5 minute ride.
And the price goes up as ridership eventually goes down.
And the city has disputes with the 2-3 operators/management companies it brings in over 5 years.
And it falls into disrepair.
And a new developer takes over, with promises to use a few of the baskets in a sculpture honoring this "historic attraction" in front of the new fauxury condos that will replace this "longtime eyesore" to make better use of this underused land.

New residents will complain about the cannon.

We've already had the newcomers complaining about cannons

The Navy Yard has had tons of condos for a generation. No issues

You should come over this side the harbor some time.

Blathered before I read the link to old issues below. mea culpa

2. My point was so far over your head, I’m pretty sure you actually ducked.

Does anyone know why the Charlestown ferry docks way out at the end of the wharf, instead of coming in closer to First Ave? This would be more convenient to people who are walking to the Navy Yard; on the other end, at Long Wharf, the docking location is close in to the street.

Dry Dock 2 is fairly narrow (more so than DD1) and there is not sufficient room for them to do the turn they need to reposition for the ride back into Long Wharf. It was pretty great when it was coming in at Pier One, though.

No pace in the Navy Yard for this,,,, traffic traffic and more traffic. We need a wheel but the navy yard is wrong spot.
It should be downtown. Does the developer need hotels
And residences to off set????

I have lived here since 1981 since it opened. I feel this would destroy the Yard. A
Ferris wheel is for circuses....not historic sides and neighborhoods

This is a residential area - not a site for a small circus - the disruption to our neighborhood could be horrendous. As someone who has lived here since it opened in 1981 I would definitely oppose it - it is NOT wise to put a circus in the middle of a mixed/residential neighborhood.

Wow, we're going to have so many!

This will go great with the City Hall Ferris Wheel: 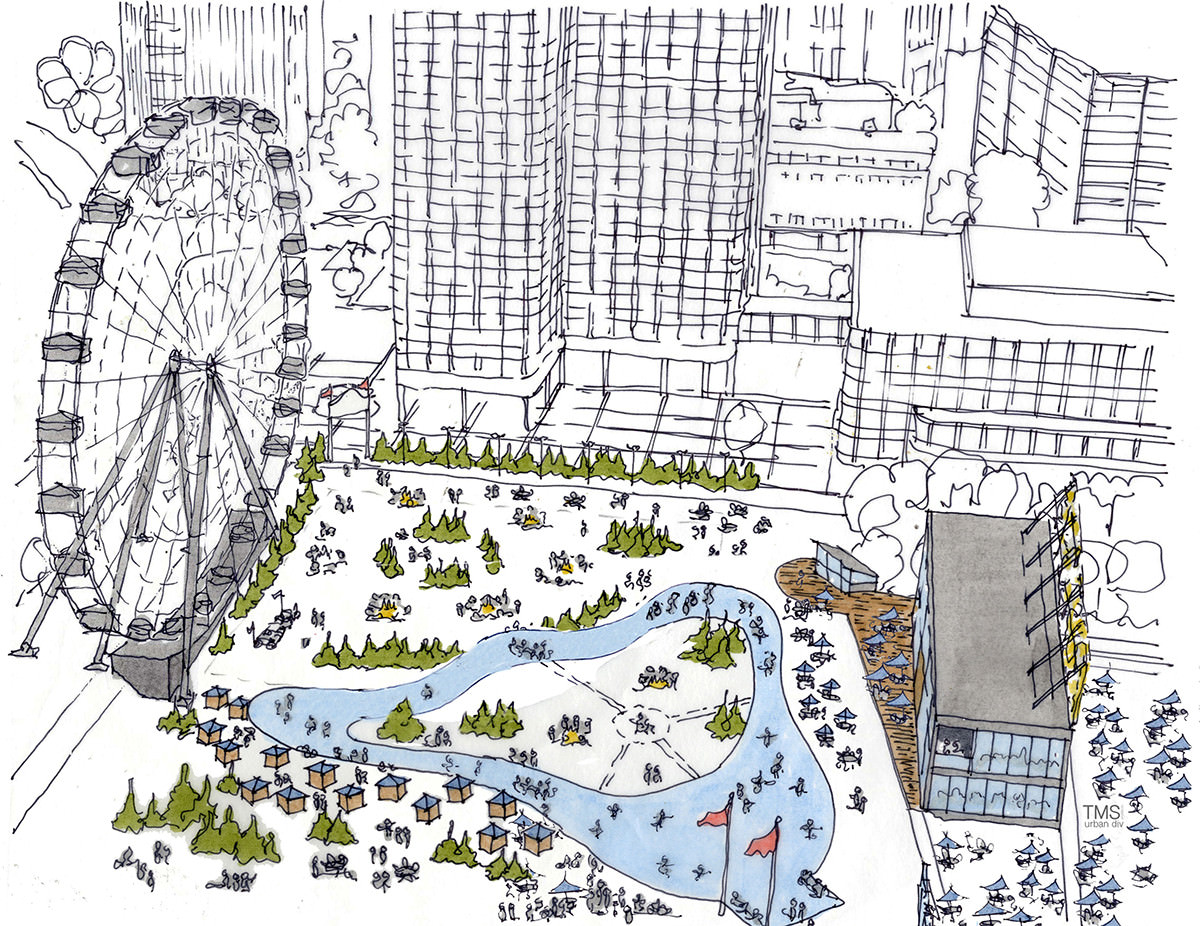 As well as the Museum of Science Ferris Wheel: 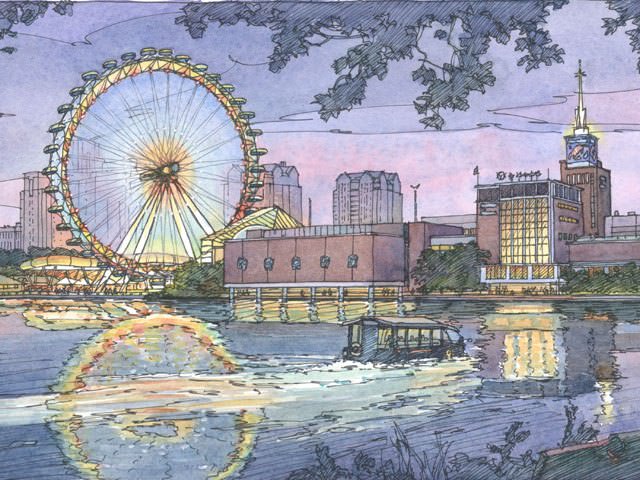 EDIT: I completely forgot the two we already had! These should be rebuilt ASAP: 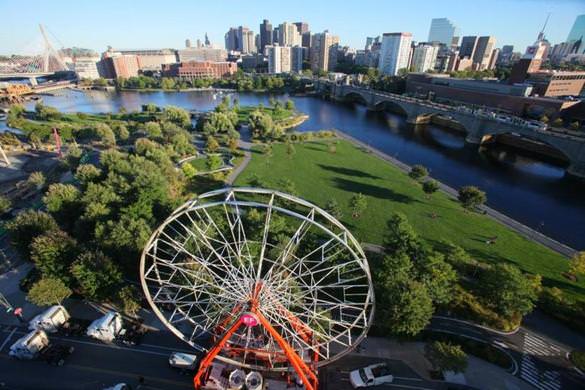 The Boston Calling Ferris Wheel at the Harvard Athletic Fields: 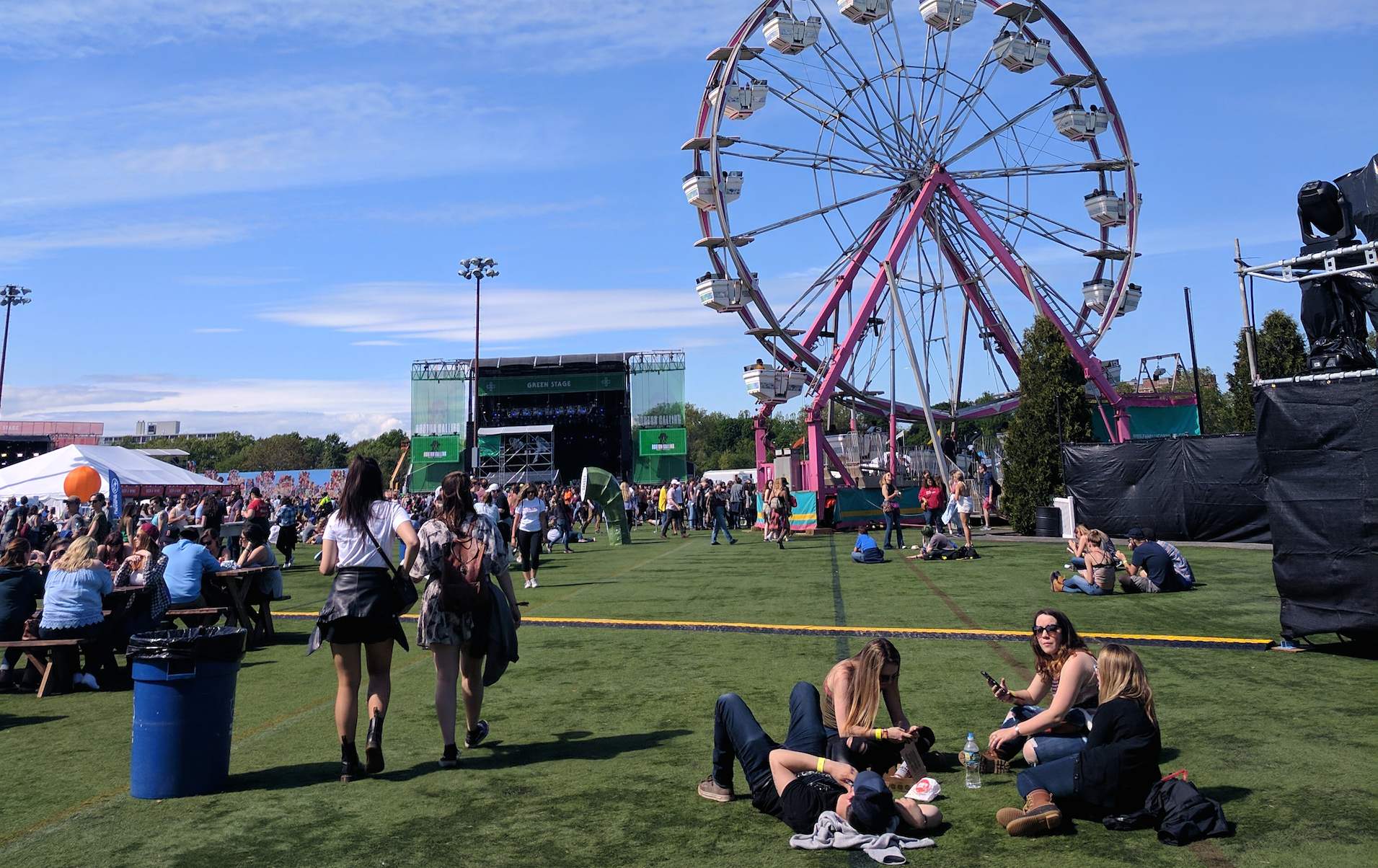 About that one at North Point Park:

Do the riders dangle from the crossbars like bats? If so, I may finally be on board with a Boston ferris wheel.

Jake points us to this proposal for the Navy Yard back in 1989.

Gondola that links to a Ferris wheel.

I think you solved the problem about how to get the gondola passengers down to the street level. It'll be a gondola/ferris wheel/ski lift hybrid system, the first in the world!

Ferris wheel could be more square!

We can put the monorail right next to it.

I hear those things are

I hear those things are awfully loud!

And we're good to go.

Create a different structure. A world wonder unlike others.

Another design can be created for a different structure that would be a world wonder. The design of George Washington Gale Ferris Jr. https://en.wikipedia.org/wiki/George_Washington_Gale_Ferris_Jr. isn't the only structure to construct as an attraction.

The P in BPDA is silent. If the Ferris wheel is built, we could also build a replica of the Paragon Park roller coaster. It could be grafted onto the existing frame of the Tobin Bridge. The operative word is graft, as it is with most of the projects approved by the BPDA.

To make Boston a world class

To make Boston a world class city, we need to drive out the last remaining family of people that were born here and keep the prices of the housing so high that the displaced residents can never find their way back. We want transient residents who will stay no more than 3 years. The turnover rate on the property and condo must be constant so those in the real estate industry— you know, the guys who pay off the politicians— will get richer. Only then will we be considered World Class.

Instead of going up

If we really want to be a world class city shouldn't we look to build a underground system similar to the underground city in Montreal.

While I'm always happy to see a new arts space, why the hell do people keep wanting to put a ferris wheel in Boston? Can we call a moratorium on urban ferris wheels, and fiberglass animals "painted" by local "celebrities," too?

The English capital crime that's still on the books here, even though it's a remnant of our slave days and nobody's been tried for it since 1782
Citizen complaint of the day: Maybe it's not people poisoning dogs in Charlestown, maybe it's the trees
State agency promises yet another Boston neighborhood a dog park
You know how on the old Orange Line cars, sometimes one of the doors doesn't work?
Citizen complaint of the day: We don't need municipal bird feeders
Dog walkers avoiding a park in Charlestown after dog dies