When five failed Republican office seekers sued to overturn all the 2020 results in Massachusetts earlier this week, some wondered why Shiva Ayyadurai was not among them. After all, he's also suing over the results and contributed an affidavit to a now failed suit by some Trump supporters in Georgia.

It's because the five other candidates are real losers, according to Ayyadurai, who lost to Elizabeth Warren two years ago, to some guy from Dover in the Republican primary in September and then to Ed Markey in November, Ayyadurai writes today. His assertions come in a reply to a state legal brief on why US District Court Judge Mark Wolf should toss Ayyadurai's suit over alleged tampering with the results of the Sept. 1 primary.

Ayyadurai, who is seeking a hand recount of the Sept. 1 Republican ballots, continued that the five - three Congressional candidates and two state-rep candidates - are part of a Republican machine trying to prop up Secretary of State William Galvin, who is a Democrat. Referring to lead plaintiff John Paul Moran, he writes:

The Moran lawsuit is a deliberate fraud on the court that has as its sole purpose the sabotage of Plaintiff’s efforts, which aims to bring accountability to Galvin’s conscious violations of the law. The Moran case is a cruel waste of the court’s time and scarce resources that must be dismissed soon. The court’s resources are too precious to waste on rearguard efforts to save Galvin from ignominy, and perhaps prison.

The Moran case is before another judge, so US District Court Judge Mark Wolf, who is hearing Ayyadurai's case (and another related to Galvin's alleged pull at Twitter) cannot take any action in it.

The Moran case also isn't referenced in the state's motion to dismiss Ayyadurai's suit, or its accompanying legal memorandum. The state filed both on Dec. 4, three days before Moran and the other four Republicans filed their suit.

Ayyadurai alleges the five other candidates tried to rope him into their case:

John Paul Moran and his four co-plaintiffs together pro se filed a lawsuit, which is entirely meritless. Moran contacted this Plaintiff prior to filing his claim and aimed to commission Plaintiff to perform data analysis for him that he could use in his lawsuit. Plaintiff informed Moran that he had no claim at all and that he would be better off joining Plaintiff’s meritorious lawsuit, which at least dealt with the real crime scene in the 21st Century and not stale 18th Century claims.

You see, while Moran and his four other plaintiffs are asking a judge to throw out all votes cast before Nov. 3, being so unconstitutional they hurt, Shiva, also filing pro se, knows better, that the real fraud was in the way Bill Galvin put his electronic thumb on the scale and made the results come out the way he wanted, that is, to make sure Ayyadurai, a household name among household names in Massachusetts, would be declared the loser in September.

And then he explained that the five were part of the Republican machine, which backed the no-name from Dover and how do you answer that, he says he asked Moran. And Moran just couldn't answer, Ayyadurai said.

The state's request for dismissal says the case is moot because the governor and the governor's council have already certified the election results. Also, the federal ballot-preservation law Ayyadurai cites in his case only gives the federal government to take action, it does not establish a way for private citizens to sue, so he lacks the required "standing" to have his suit continue.

This morning, Wolf actually gave Ayyadurai until Dec. 18 to answer the state request for dismissal, but Ayyadurai filed his answer tonight.

How long before we can

How long before we can declare him a vexatious litigant? Seriously, he’s starting to make Bennett look level-headed.

This guy is more annoying

This guy is more annoying than "Cars for Kids."

To file his reply that quickly...

...he must have used EMAIL.

If only. Instead, it appears the pain they're causing is to other people. What's that old saying about wrestling with pigs? One can only conclude that Republicans just love the stink and mess - they're sure not doing anything to stop it.

Peter: "I'm taking up politics so that I don't have to be intimate with my wife."

Really, what's this guy's deal? He has money. He's a doctor (well, at least in academic achievement). Why doesn't he just get laid?

He is completely unhinged. Put him in a nice institution, or at least give the courts an order of protection from him.

Gotta wonder where he is getting his money from.

To borrow his own words,

To borrow his own words, Shiva's case is a cruel waste of the court’s time and scarce resources that must be dismissed soon.

Just curious Adam, the next

Just curious Adam, the next time you have a post about Joe Kennedy III, will you tag him as a "failed senate candidate" as well?

If he sues to overturn his election results?

Former Congressman is also an

Former Congressman is also an appropriate title. Kennedy also did not try to run in the election as a write-in candidate after losing in the primary for that election.

And, for Shiva, this was his second failed attempt at write-in candidacy in consecutive Senate elections, only 2 years apart. But on the bright side, IF Warren and Markey serve out their full terms, we won't have to think about this again until 2024.

But he could run for Governor.

I wonder how well he'd do against Baker.

are you going to get a log-in and start posting under your own name?

He can sue the Nobel Prize Commission when he doesn't win that.

For those who wonder why he keeps it up, you must understand that he's named after a God, and a top-rank one at that, Shiva, the Destroyer. That's a big name to live up to. He's got a lot of destroying to do, and he's not done yet.

In the beginning even he knew his candidacy was a joke but he's become more unhinged as the years have gone by.

They are so cute when they eat their own. 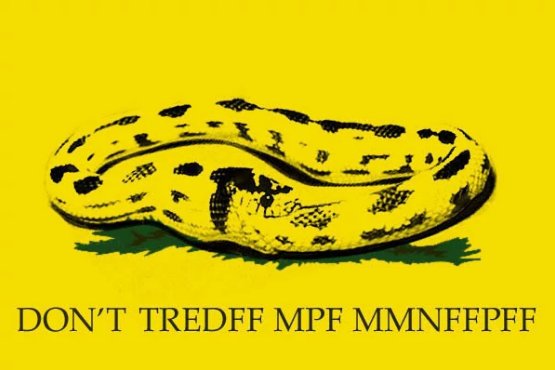 I don't know if they eat

I don't know if they eat their own young, but they certainly eat each others'.

I expect that when Shiva runs out of other people to sue, he will end up suing himself, possibly for inadequate representation in his previous lawsuits.

There will always be whackadoodles

Add the various cults that never grow large enough to constitute religious denominations, as well as the cults which do.

All part of the stinkier aspect of the human condition: the generation of social whackos who manage to connive others to their distorted causes.