Man charged with setting that Copley Square ballot drop box on fire; arrested while hanging out in Copley Square

Police say officers on patrol in Copley Square spotted a guy who looked like the suspect in the case around 10:50 p.m. yesterday.

Armand, who already had a warrant out of Ipswich on charge of receiving stolen property, was arrested after Boston Fire arson investigators IDed him as the alleged ballot flamer, more formally on a charge of willful and malicious burning.

among the sadder Facebooks I've seen. lost and insane a much more likely scenario than right wing nut job.

Based on his apparent affinity for Russian women.

that the Russians are using our local homeless population to try and influence the election?

That’s the take the content hungry media morons here seem to be trying to go with!

No, they stick to Facebook and Twitter where the boomers fall for anything that supports their narrow world view, this was just a homeless guy who probably needs meds and therapy but instead will probably have a car battery hooked up to his dong in Guantanamo.

...if you won't go away as you promised?

So a few ballots of South End

So a few paper ballots are more important than a human life? FBI for improperly disposing a cigarette butt?

An assault on democracy, really?

If you have a point to make

If you were from Boston..

you would know two things:

1) Residency in the South End is not limited to yuppies,

2) The 40-or-so ballots that were in the drop box could be from any voters/residents in the city of Boston, including those who may have had other business in the area on Saturday.

There is a lot of craziness being show for one person, who was acting for lack of a better phrase, did something dumb.

There are people who want to lock him up on both sides.

Everyone call the f down.

Somebody did something stupid.

Nobody ignited a global conspiracy.

A mentally ill person lit something on fire.

Let's hope he gets the help he needs.

I wish the same for you

Were you drinking when you typed all that?

I see they topped off your jerk pills script.

Are you really pulling "a Costanza"?! 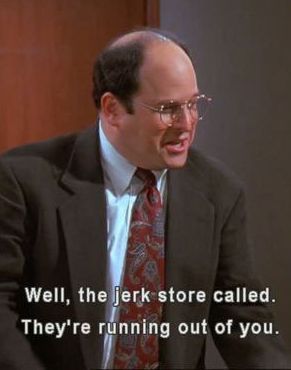 I could have used much more salty invective to counter an overly aggressive and frankly jackarse response to an expression of sympathy for a person who very much appears to need some help. However, NSFW is something that Adam does not tolerate.

Maybe he was being a super jerk, but I think he just meant you typed really fast and made a few typos.

That was it, along with being tired of the often-opaque rhetoric.

And go piss up it.

I am destroyed by the force of your arguments.

Look up tweets from Worldy Armand. There are a dozen or so from 3 years ago, revealing a clearly disturbed individual. Here's one: “Donald trump and the Clinton keep hacking my account if is not a crime fuck it I committed 911.” And that's actually one of the more coherent ones. Hopefully he will be heading for treatment.

We all know he will never get the treatment he needs, particularly if the orange turd is around for another 4 years.

Dukakis closed the state asylums and Marty hasn't done shit for the homeless. I don't think anything is every going to get done for the mentally ill because the city and state don't care.

Its almost as if your vote is too important to leave in a can.

Where any person can disenfranchise you for any reason. Oh wait, this is slightly more convenient, so let's do that and complain about how things aren't fair after the election.

What's wrong with you?

People are trying to vote. Officials are trying to make that, I dunno, a not-life-threatening possibility during a pandemic. And this is your take?

What a lamentable attitude you have.

If we lose the election because of things like this

Do you think my opinion would still be “lamentable”? There’s a dozen ways your vote could disappear. That’s before the POTUS challenges it’s validity and it gets ruled on by the SC that he has stacked. As I said, you are setting yourself up to say “but that’s not fair!”. Do early voting, and don’t tell me about how you need the convenience of dropping it in a box.

Has become the land of the lost and politicians who claim to be compassionate have ignored the plight of the unhoused suffering from addiction and mental issues.

Mass and Cass, Fields Corner, Peabody Square, the Common, the Greenway and many more areas too.

Let's not just feel a pang of sympathy because someone might be passed out between the Hare and Tortoise statues, thus disrupting someone from Marlborough Street's vision of the area.

Never heard this before

Remember - Only Beautiful People Are Allowed in The Seaport

Or so the El Globo says.

Go look in a mirror sir and be proud.

Are you sure you didn't misinterpret Boston Cream Pie?

If you can go grocery shopping you can vote.

Because I think a vote is too important to leave in a box on a public street where crazy people can set it on fire ?
Stay classy.

You're a shitty person because your response to a bad situation is to blame people who are trying to survive it as best they can. Shame on you.

It’s true. Remember the Wisconsin primary during the height of the first place wave? Resulted probably as many cases as BLM protests. But I am sure that with all the elections that have taken place so far this year, there would be evidence that in person voting is dangerous, no?

No doubt the food dances onto your plate

...but for real human beings, they need to acquire it and prepare it themselves. No one else is gonna do it for them.

Your response is the classic antisocial "something's bad, therefore why should we make things less terrible" take. It's frankly appalling that so many people share this antisocial view, and a good explainer for why we are in this sorry state.

You should try out this newfangled Google thing

More than 50 people who voted in person or worked the polls during Wisconsin's presidential primary this month have tested positive for COVID-19, according to the latest count by state health officials tracking the impact of holding the election in the middle of a pandemic.

Both of those stories were published in April. You've had 6 months to find them for yourself, but you didn't try. You'd rather spend the time complaining that they don't exist.

Let's look at the math

Based on the NBER study cited below, there were a grand total of 72 Covid infections, in an election where 1,555,263 voted, which means that there was one infection for every 21,601 voters. And remember, that's when Anthony Fauci and Jerome Adams were strongly saying that people should not be wearing masks.

So, yeah, the risk of voting in person, for those not in the vulnerable categories, is really, really small.

Economists from the University of Wisconsin and Ball State University published a paper in May titled THE RELATIONSHIP BETWEEN IN-PERSON VOTING AND COVID-19: EVIDENCE FROM THE WISCONSIN PRIMARY*. The abstract states:

On April 7, 2020, Wisconsin held its presidential primary election, and news reports showed long lines of voters due to fewer polling locations. We use county-level variation in voting patterns and weekly county-level COVID test data to examine whether in-person voting increased COVID-19 cases. We find a statistically significant association between in-person voting density and the spread of COVID-19 two to three weeks after the election. In our main results, a 10% increase in in-person voters per polling location is associated with an 18.4% increase in the COVID-19 positive test rate two to three weeks later.

In the conclusion, the authors note:

Specifically, results show
that counties which had more in-person voting per voting location (all else equal) had a higher rate of positive COVID-19 tests than counties with relatively fewer in-person voters. Furthermore, we also find a similar relationship between in-person voter density voting and differences in COVID-19.

Wear your masks and keep your distance at the polls, folks.

[*NB: The caps are from cut+paste from the paper; I’m not yelling at anyone.]

Thanks for the info

But wasn't one of the points that the concentration of people into fewer and fewer polling stations (Milwaukee was a classic case of this) caused more interaction. I believe that Boston will have the exact same number of polling stations that they did a year, two years, and four years ago.

A.) Yes, the GOP voter suppression tactics of concentrating an increase in voters into fewer polling places did increase COVID exposure and resulted in spread throughout the county.

B.) The study showed a positive correlation with increased in-person voter density and increased COVID community spread throughout the county. In a year where nationwide voter turnout is going to be smashed, increased in-person voter density should be assumed in Greater Boston. We have seen this here with our own eyes, as covered at UHub and all major local outlets, with numerous unusually long lines to early vote.

Given this, I don’t think the “you shop at the grocery store, therefore you should be restricted to in-person voting” argument is compelling. If someone does find it compelling, I’m not standing in that person’s way to vote on Election Day in person. But I’m not allowing some trite catchphrase to impede my ability to exercise voting rights through my preferred (and legal) modality and neither should anyone else.

This data says to me we that we should work to keep in/person voting density low by augmenting traditional Election Day in-person voting with numerous safe and efficient ways cast ballots. This is smart policy in pandemic times that can pay dividends in the future should we ever arrive “back to normal”.

And I can also vote by mail. And vote via a drop box. And vote early.

Nonsense: "If you can go grocery shopping you can vote."

If you can go grocery shopping you can vote.

Furthermore, I get my groceries delivered...

...just like I had my ballot delivered to me.

So then what choice

So then what choice criticisms do you have for men and women in the military serving overseas who do not vote in person?

Men and women in the military cant vote in person if they are serving overseas, obviously.

Cambridge will lock up dropboxes from 8 pm to 7 am

Worldy and the Postal Service don't get along

Got pinched on Christmas Eve 2008 for misbehavior at the Malden PO:

At 7:34 a.m., Worldy Armand, 26, of 68 Washington St., was arrested at the United States Post Office, 109 Mountain Ave., on charges of assault with a dangerous weapon, intimidating a witness, larceny over $250, malicious destruction of property over $250 and possession of an illegal knife.

Time to beam the Pru back to the mothership
Drivers, pedestrians, bicyclists get to share in angst from Orange and Green Line shutdowns
Boston begins setting up bus-only lanes for Orange Line shuttles
Charles Street turns into a lake and Public Garden Lagoon overflows its banks after water main pops at Charles and Boylston
Newbury Street to get a whole bunch of car-free Sundays
Yes, four of those weird helicopters just flew over Boston