The long reach of Dapper O'Neil 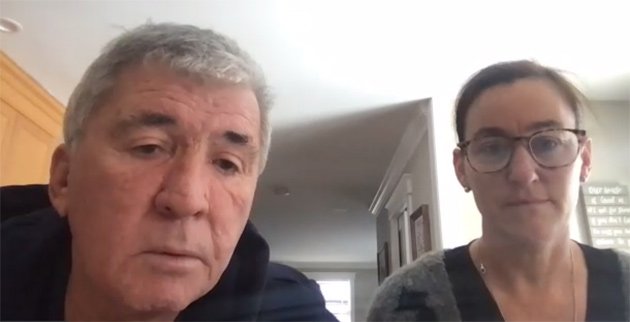 An unexpected name came up at a routine Boston Licensing Board hearing this morning: Dapper O'Neil.

Stephen Mulrey, owner of Amrheins and Mul's Diner, was before the board seeking to change the formal name of the corporation that owns the place - and to change the names of the owners of that corporation.

It's a completely routine process, and the board will likely vote to approve the change at a meeting tomorrow. In this case, though, Mulrey was seeking to swap in his name for his father, Joseph, who died 20 years ago.

What took so long? "Dapper O'Neil used to always do my license," Mulrey explained. And after all those years, who looks at corporate documents?

Although O'Neil is best remembered today as a bombastic at-large councilor, he had served as a member of the licensing board between 1963 and 1971. Amrheins, Inc. was formally created as a corporation in 1965, according to Secretary of State records.

O'Neil was first appointed to the board by Gov. Endicott "Chub" Peabody, for whom he had worked as a chauffeur - a job he'd also had with James Michael Curley - back when the governor still appointed members of the licensing board. He served until 1971, when then City Councilor Louise Day Hicks became a congresswoman and he became her replacement because he came in tenth in the previous election for what was then a nine-member council.

Nice to put a face to the “I

Nice to put a face to the “I don’t pay a livable wage” flyers he likes to put up.

personally attended the ZBA hearings every week, and typically the Licensing Board as well. He stuck up for lower and middle income homeowners and small businesses, when they were quite common in Boston. The Mul's/Amhrein's story is amusing and refreshing. Mr. Mulrey is obviously just telling the plain truth. Who cares about names on documents, as long as his family is taken care of. Most Irish families I have known including my own, did estate planning by Mom and Da threatening to haunt the kids if they didn't do the right thing after they were gone.

He stuck up for [white] lower and middle income homeowners and small businesses.

your rejoinder is obviously based on hearsay

On this Friday night, O'Neil makes his way to Packy Connor's, a bar that is a Roxbury institution. And even though O'Neil is famous for his cultural insensitivity, the black customers are all over him. In 20 minutes, he works his way around the huge, noisy, low-ceilinged room, collecting hugs and wisecracks and Thanks for what you did at the zoning boards.

"They love the Dap," he says outside the bar.

"That's because you do more for them than their own," Packy Connor says.

That is a name

He smoked Kools and never left home without his .38-caliber revolver. It came in handy, like one night when he and a friend were leaving Amrheins in South Boston. A just-released ex-con confronted them at knifepoint and mugged them.

As the thug — his name was Linberger — fled down an alley off West Broadway, the Dap pulled out the equalizer and drilled him. It wasn’t a life-threatening wound, but in the ambulance, Linberger asked the EMT: “Why’d he shoot me? All I wanted was his money.”

I worked at Mul's as a short-order cook one summer long ago. Some of us would occasionally go across the street to Amrhein's for a beer after work. I remember once overhearing a conversation, conducted in that low, conspiratorial tone that can nevertheless be heard by half the room, about two local boys, not present, who were putting together a plan to overthrow the government of Ireland.

It was Castle Island

they were talking about. How many drinks had you had?

A fight three blocks from a bar might result in a license hearing ... but dead people remaining on the paperwork for generations is okay?

Although they do want to know who owns a joint, yeah, that's rarely an issue unless there's an investigation into something major, like money laundering. Also, the state ABCC is supposed to check everything as well.

In terms of everyday (in this case, everydecade, I guess) operations, the important is who the manager is. And in this case, Mulrey has been the manager of record going back to Dap days, so decades.