MBTA General Manager Steve Poftak said today's Orange Line fire was caused by a roughly one-foot-by-six-foot metal strip that separated from the rest of its car and came into contact with the third rail - "sparking smoke and some fire and limited ignition on the underside" of the car.

At a press conference at Wellington station, near the yard where the newly flame-broiled train was brought after the 6:45 a.m. incident on the Mystic River bridge, Poftak said the T cut power on the tracks within 2 minutes of the incident. He said the train's driver immediately began trying to evacuate passengers through the rear of the train, but acknowledged that some of the 200 riders "self evacuated" through windows - including one person who kept going and jumped into the Mystic. Poftak said no passengers were injured.

"I remain confident in the safety of the MBTA," Poftak said. "I took the Orange Line here and I will take it back."

At the same time, he acknowledged that what happened this morning was "obviously a very frightening event and not the type of service the MBTA wants to provide."

He said car 1251, which has been in service since January, 1980, was last inspected June 23, and that inspectors specifically looked then at the "sill" that came loose today and found no problems then. He said Orange Line sills do not help make the train go, but cover up other parts of the train that do, sort of like aluminum siding.

He added that after the train was hauled into the nearby Wellington yard, all other Orange Line cars were inspected and that none showed any problems with their sills.

Orange Line riders had to "self evacuate" in a similar incident at State Street in 2016.

He said that Orange Line service was as fully restored as the current shortage-of-dispatchers service allows around 11 a.m., after an inspection of the tracks.

This is priceless. Me and the train share a birth year. Hope I don’t catch on fire.

As long as your sill isn't

As long as your sill isn't dragging, you should be fine.

Dragging it on fire. But my sill is hot!

You are starting more and more to sound like Mayor Larry Vaughn from the movie Jaws.

Just come on in, the water's fine. 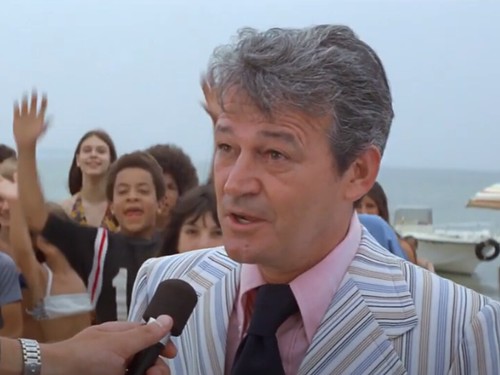 Is he another one of those guys

who get hired because of their hair?

Make sure your metal strip

Some fire and limited ignition.

Perhaps Poftak earns an extra $1K bonus every time he dissembles or minimizes a safety issue? No, that can't be right, he only pulled $80,000 in bonus dollars last year. Maybe $10 per minimization?

The sad part is 80k is a lot less than I expected.

The Athens of America

is feeling every day more like the crumbling Soviet Union.

In other Medford news

You can laugh or you can cry: MBTA announces new delay in opening of Green Line Extension, and says the one stop it has opened will be shut for a month
Woman who jumped from bridge after escape from flaming Orange Line car: 'I'm safer in the water'
Explosions, fire on an Orange Line train on bridge over Mystic River; passengers kick out windows to escape
Remember the Big Dig?
Tufts continues to require masks indoors as undergraduate Covid-19 rate swells
California meth addict with a foot fetish charged with making repeated threatening calls to police at Tufts