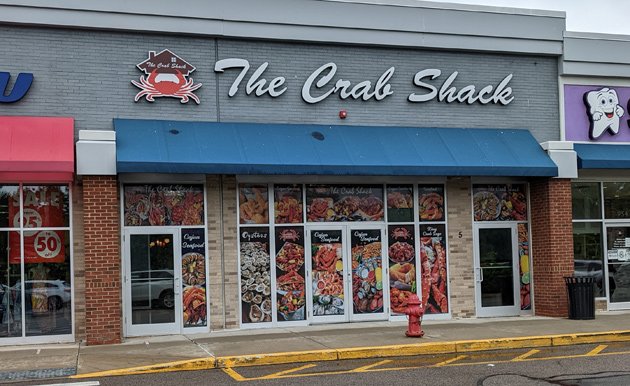 Update: Liquor license request approved. Board also granted temporary food-service license so the restaurant can open as soon as it can, without waiting for the state's approval process for the liquor license.

The Boston Licensing Board next week considers plans by the owners of an under-construction crab shack on American Legion Highway in Roslindale to buy the beer and wine license of a defunct Vietnamese place downtown - once again giving Roslindale and Hyde Park diners the choice of three Cajun seafood restaurants.

The proposed crab shack, to be named the Crab Shack, would be in the same strip mall as the Flaming Grill and Buffet, Wing Stop, Boston House of Pizza and the Crunch fitness center, as well a Stop & Shop and a Walgreens.

Li Li's 112-seat restaurant, which would fill a space that has long been vacant between Rainbow and Smiley Dental, would serve up Cajun seafood, oysters and other briny items until 11 p.m., according to its application to buy the beer-and-wine license from the closed Sa Pa on Bedford Street.

The pandemic briefly gave Roslindale and environs a lead in the cajun-seafood race when the owner of Flaming Grill, no longer allowed to run a buffet, converted the space into a Cajun-seafood outlet, joining Shaking Seafood on Poplar Street in Roslindale Square and Crab du Jour on Hyde Park Avenue in Hyde Park. But last summer, he reconverted the place into a Chinese buffet.

The licensing board's hearings begin at 10 a.m. on Wednesday. The Crab Shack is 15th on the agend.

"The proposed crab shack, to

"The proposed crab shack, to be named the Crab Shack, would be in the same strip mall as the Flaming Grill and Buffet, Wing Stop, Boston House of Pizza and the Crunch fitness center, "

After you visit them all, you can work some of it off at Crunch (and should you chip a tooth on a crab shell, there's a dentist's office right next door).

Is that in Roslindale? I always thought that spot was considered to be Hyde Park.

love the idea of Hyde Park as “Greater Roslindale”

I did my laundry at the

I did my laundry at the laundry mat there on Mother's Day and that place was hopping!

Drivers, pedestrians, bicyclists get to share in angst from Orange and Green Line shutdowns
The four-way race to replace Sonia Chang-Diaz in the state senate
Thunder? Lightning? Could those mean, gasp, rain?
Developer proposes five-story residential building on Roslindale/West Roxbury line where charter school was once planned
Citizen complaint of the day: Chicken crossing the road in Roslindale
Possible last call for tiny Roslindale bar seeking to sell its liquor license to some planned Seaport joint