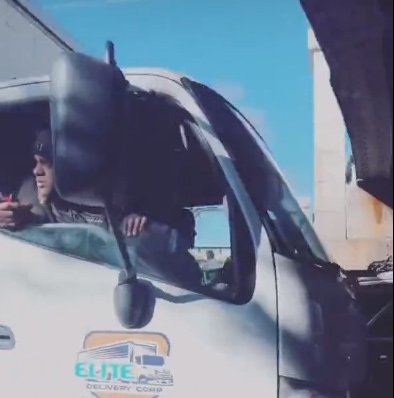 The driver of a box truck - and his passenger - were a bit luckier on Storrow Drive this morning than the driver of an 18-wheeler in Westborough, averting a storrowing inbound by maybe a couple feet, as KWAPT, who was not happy to get stuck in the resulting jam, shows us:

@universalhub Almost had us a winter time Storrow today by MEEI. Clip via @CelticsGRD pic.twitter.com/T5piy6Rar0

The road that starts at Beacon Street, opposite and just west of Arlington Street, and ends at Charles Circle, is called David G. Mugar Way in honor of the philanthropist who funded many years of Boston's 4th of July festivities. It used to be called Embankment Road. It shows up on the 1908 Bromley Atlas, so it was built more than three decades before Storrow Drive.

The road along the river, between Charles Circle and Leverett Circle is actually part of Charles Street. It was laid out in the 1840s and '50s, and then given the name Charles Street in 1866. It was widened and turned into a highway in the mid-1950s, soon after the Central Artery ramp to Leverett Circle was built.

The mid-1950s was also when Storrow Drive was widened — it opened in 1951 as a four-lane road, but soon proved inadequate. Embankment Road was also widened at the same time, and a better connection was made between Storrow and Embankment.

The ramps under the Longfellow — where today's incident occurred — were also built in the mid-1950s, thus creating a continuous highway from Brighton (where its known as Soldiers Field Road) to Leverett Circle and the Central Artery ramp. Those ramps may have a name, but I don't know what it is. Technically, they're not part of either Charles Street or Mugar Way.

Yes, I know, most people call that entire highway "Storrow Drive", including much of Soldiers Field Road. But legally it's not Storrow.

In other Beacon Hill news

Ecofriendly rodent control on Beacon Hill
Alleged Cambridge Street bank robber made two mistakes: He didn't check his loot for a tracker and he tried escaping on the Red Line
Citizen complaint of the day: Mean hissing rats training for the Olympics on Beacon Hill
We may not be having much of a winter, but at least we're getting some good sunsets
What the Embrace means to Boston
Woman says she has no idea how a loaded gun with a defaced serial number wound up in her purse as she entered a courthouse to support her boyfriend at his arraignment on gun charges