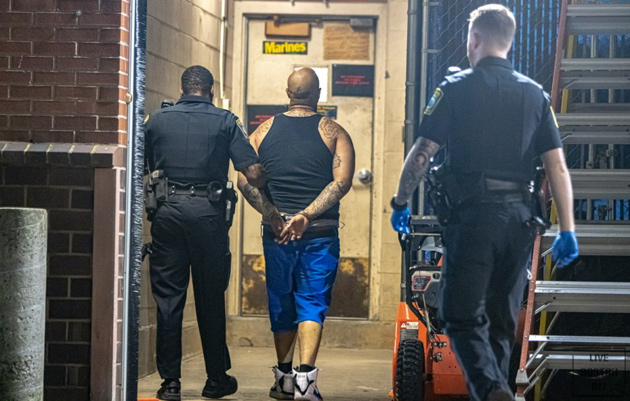 Suspect being walked into police station. Photo by Live Boston.

Police say officers responded to Norfolk Street between Blue Hill Avenue and Babson Street in Mattapan around 12:50 a.m. on a report of a man passed out behind the wheel of a car.

Police say that by the time they had gotten there, the man, identified as Jamaul Vital, 26, of Dorchester, was awake, but his car was undriveable due to a flat tire. They called in a tow truck and, while they were waiting, conducted an inventory search to ensure everything would be accounted for when Vital later picked up his car. During the search:

Such a missed opportunity for the headline: