The man who plastered Boston with handmade signs - before Doug Bennett

The Ephemera Society of America has an overview of the sign work of Vincent Zarrilli, who made hundreds of black-on-yellow stencilled signs protesting what would become the Big Dig, along with the "Dukakis Artery rats" he said would flood the city during construction, and promoting his alternative for a "Bay Bypass" - basically a double-decker bridge across Boston Harbor, from Dorchester to Charlestown. Read more.

Bostonians were storrowing long before Storrow Drive was even built 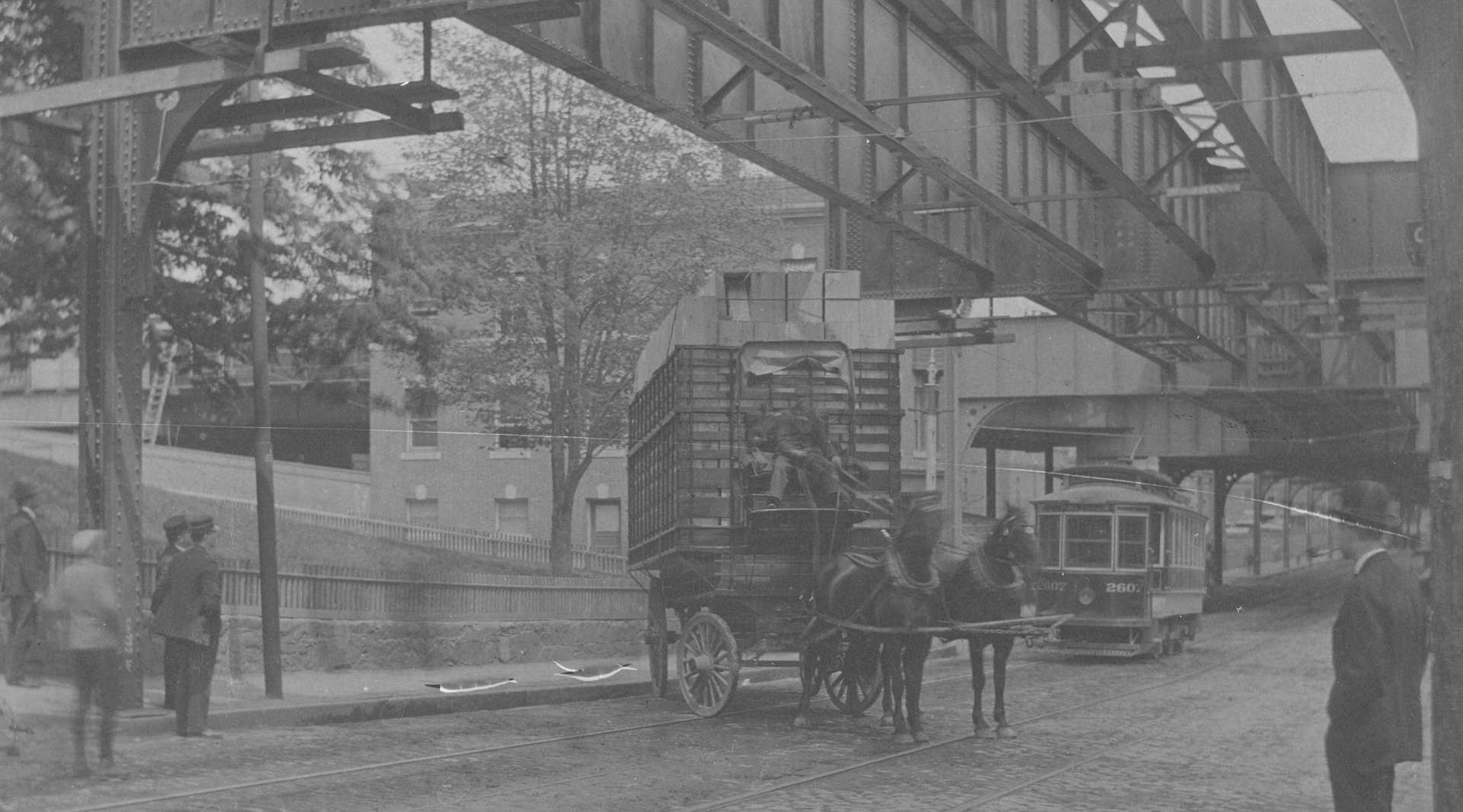 The folks at the Boston City Archives found an example of storrowing roughly 45 years before Storrow Drive was built: A cart driver who storrowed on trolley wires under the Washington Street el at Guild Street in Roxbury at 11:45 a.m. on May 12, 1906. 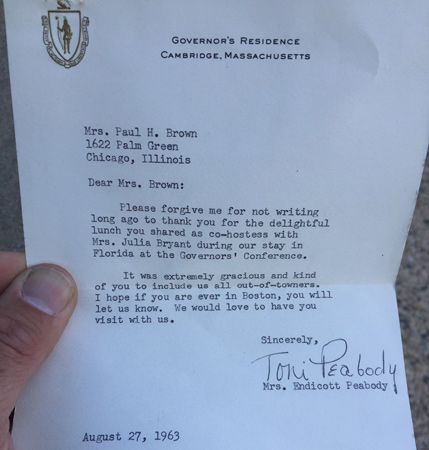 You never know what you'll find just lying or blowing around the streets of Boston. Take this thank-you note, written by Toni Peabody, or, as she was known more formally back in the day, Mrs. Endicott Peabody (or perhaps even Mrs. Endicott "Chub" Peabody), i.e., she was married to the governor of the Commonwealth. Read more.

WGBH posted a news clip from 1985, when the driver of an out-of-state moving van executed a perfect storrowing: Jammed his truck under a bridge, which peeled the roof off his truck and left stuff scattered all over the road: Read more.

The Cornhill Lunch Room is open to take your orders 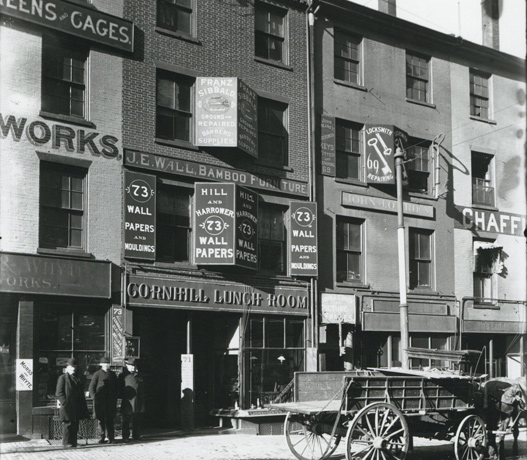 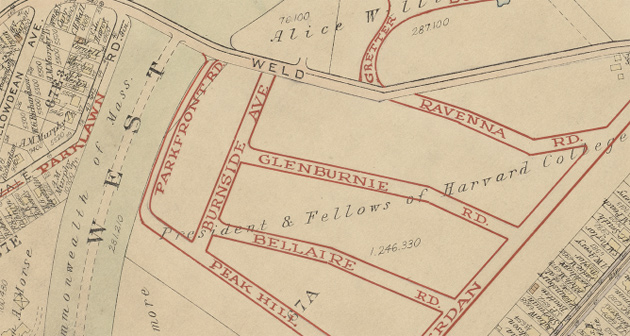 WCVB reports that residents who have always thought they lived on West Roxbury Parkway near Weld Street woke up this week to find new city street signs IDing their street as Park Front Road and now they're having trouble getting deliveries, so they've resorted to putting up paper signs reading "West Roxbury Parkway." Read more.

A group of ten citizens - six of whom live in the same West End building - last week sued the Boston Landmarks Commission as part of a bid to save three buildings left over from the destruction of the West End that Mass. General wants to raze so it can build a 14-story clinical center along Cambridge Street. Read more. 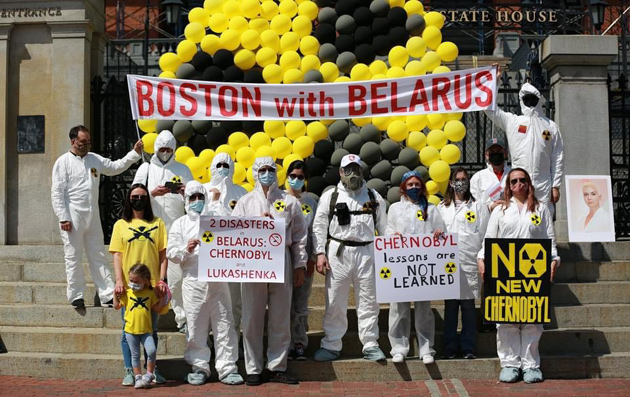 Today is the anniversary of the Chernobyl disaster, which showered nearby Belarus with fallout. On Saturday, a group of Boston-area resident of Belarusian descent marked the anniversary - which and to call for an international probe of conditions at a nuclear plant in Ostrovets in Belarus

50 years on: Our Bodies, Ourselves

The Guardian looks at the history of the book, which started in the Boston area: The clitoris, pain and pap smears: how Our Bodies, Ourselves redefined women’s health.

Filene's is long gone, but one question remains: How to pronounce it

My parents were cleaning the attic and found my old sticker album. This random blast from the past was in it. Fi-leens or Fill-eens? (always was Fi for my family!) 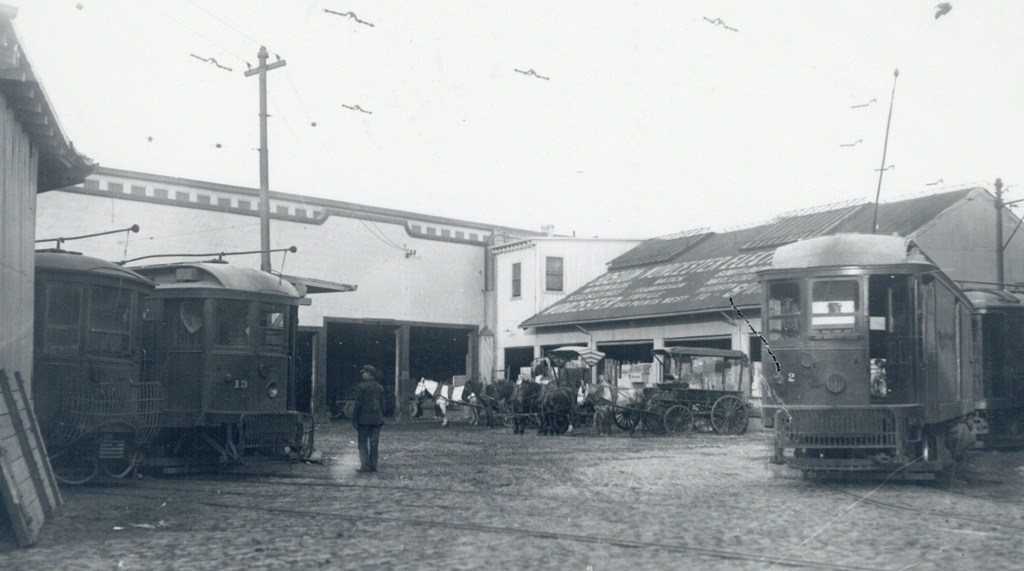 Turns out Maverick was a slave owner in fact, the first in Massachusetts. CommonWealth makes the case. Earlier, Dudley Square was renamed Nubian Square because Dudley was a slavery-allowing governor of Massachusetts in its colonial days.

The Beacon Hill Times reports on the historic site's re-opening after 13 months of being closed due to Covid-19. 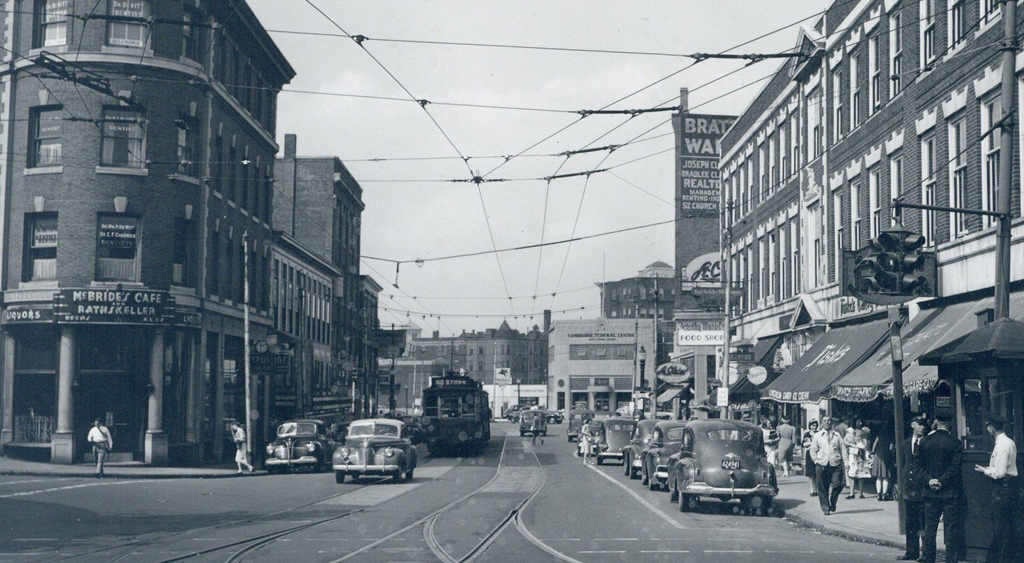 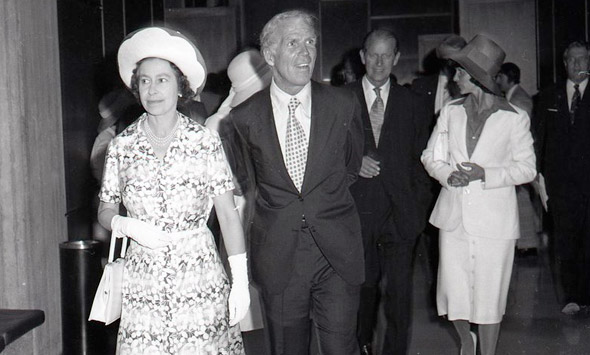 Photo from the Boston City Archives.

In 1976, Queen Elizabeth and Prince Philip visited Boston as part of her tour of the former colonies on the 200th anniversary of that unpleasantness. Then, as always, the prince had to walk behind the queen, and, in this case, behind even Kevin White, on a tour of City Hall (he's walking with Kitty Dukakis). In addition to marveling at all that brutalist concrete, the queen and the prince got to enjoy cake.

J. L. Bell has a series of articles up on Owen Richards, one of His Majesty's customs agents, who was tarred and feathered on May 18, 1770 for seizing a schooner for smuggling - and then paraded around town for four hours:

A court filing in January 1771 stated he “lost his Cloaths, Money, and Papers to the Amount of near £20 st[erling]. And in order to satiate their abandoned Brutality, they set fire to the Feathers as they stuck in the Tar, upon his naked back.”

Not one of the playing fields of Eton 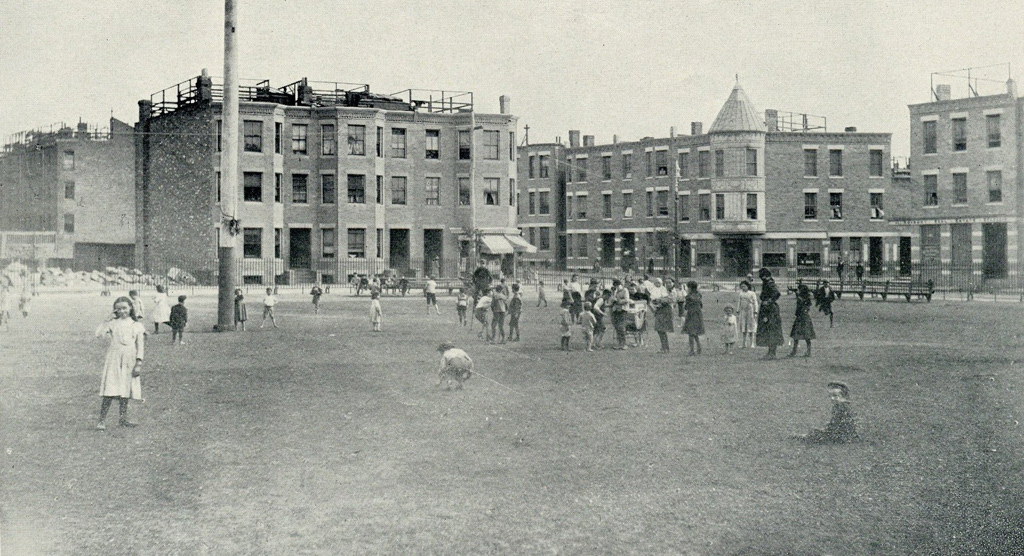 The folks at the Boston City Archives wonder if you can place this scene (which, yes, was in Boston). See it larger.

Her dad and Kevin White

Lisa Johnson writes that while going through some photos at her mother's house, she came across one showing her father, a Boston school teacher, with Mayor Kevin White in City Hall in 1971. And that got her to thinking about Boston political history - and her dad. 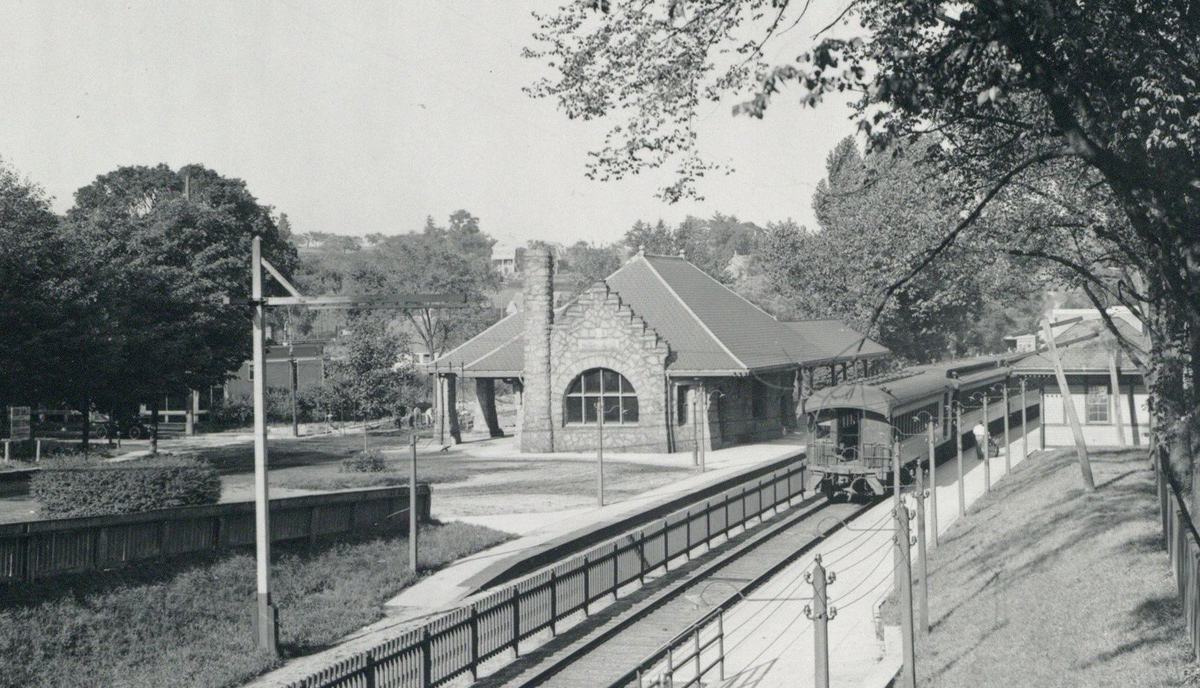 The man Copley Square is named for is better remembered as a painter, but J.L. Bell reports on the one time he drew a political cartoon, about the Stamp Act.