CommonWealth breaks the news, which comes after the BPDA postponed a public meeting on the proposal - nearly two years after the school first filed plans. The school says it might still push for the Roslindale site on the Roslindale/West Roxbury line if it can't find another location elsewhere.

Nearly two years after Roxbury Prep filed plans to replace the old Clay Chevrolet place on Belgrade Avenue with a new high school, the BPDA had scheduled a public meeting on the proposal. But BPDA planners sent out word Friday that the meeting, scheduled for this Tuesday, has been called off. Read more.

Arroyo: Time for the BPDA to vote on proposed charter school on the Roslindale/West Roxbury line

City Councilor Ricardo Arroyo (Roslindale, Hyde Park, Mattapan) writes that it's time for the BPDA to stop delaying action on Roxbury Prep's proposal to turn the old Clay Chevrolet on Belgrade Avenue into a new high school, that Roxbury Prep students deserve a modern high school and that a school literally in front of a commuter-rail stop and with several bus lines running past it will not gridlock local streets.

As one board sits on plans, another board decides not to hear proposal for charter school on Belgrade Avenue for now

The Zoning Board of Appeal today formally denied Roxbury Prep's request to build a new 562-student high school at the former Howard Chevrolet site on Belgrade Avenue at West Roxbury Parkway in Roslindale, a vote that doesn't kill the proposal but which could mean still more delays if it is ultimately approved. Read more.

For the second time, the Zoning Board of Appeal put off any action on the proposed Roxbury Prep High School at 361 Belgrade Ave., because the BPDA has yet to finish its own review of the project. Read more.

The Globe reports the officer was responding to the McDonald's on Hyde Park Avenue on a report of unruly students from nearby Roxbury Prep refusing to leave; he finally got them out, then allegedly followed them up the street calling them racial slurs.

The Zoning Board of Appeal today deferred any action on the proposed Roxbury Prep charter school on Belgrade Avenue at West Roxbury Parkway until Oct. 8. Read more.

District City Councilors Matt O'Malley and Tim McCarthy both oppose a proposed charter school on Belgrade Avenue in Roslindale, near where their districts meet, but they said today there's no way they're supporting a resolution by at-large Councilor Althea Garrison to put the entire council on record as opposing the proposal. Read more. 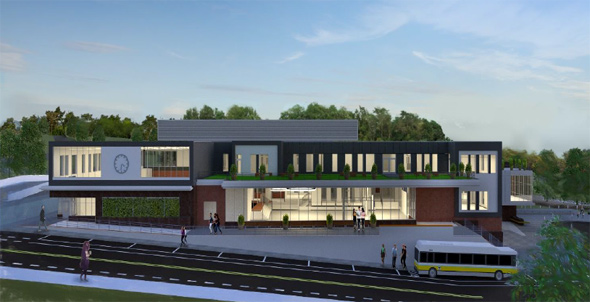 Uncommon Schools today filed formal plans with the BPDA to build a high school on Belgrade Avenue at West Roxbury Parkway that is smaller both physically and in terms of the number of students and teachers than in initial proposals. Read more.

Roxbury Preparatory Charter School yesterday filed a "letter with intent" with the BPDA that signals it will soon file detailed plans to replace auto sales and repair buildings on Belgrade Avenue and West Roxbury Parkway with a three-story school for 800 students. Read more.

Hyde Park to get fourth charter school, but only temporarily; plans still on for Roslindale site

Roxbury Prep will move its high school from Jamaica Plain into the Most Precious Blood school building on Hyde Park Avenue being vacated by Boston Prep - which is moving into a new building at the other end of Hyde Park, on the Mattapan line. Read more. 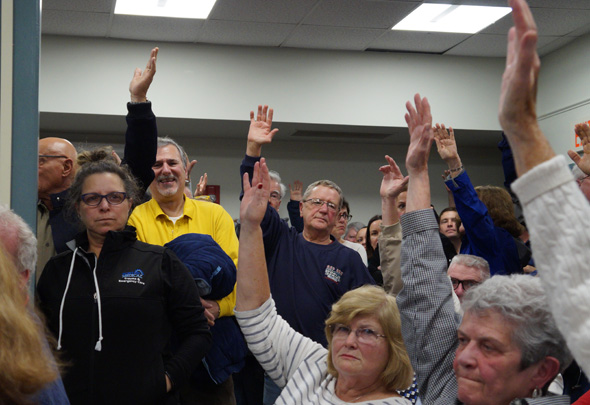 Residents raise their hands in opposition to the proposed school.

Officials at Roxbury Prep managed to provide a presentation on their proposal for an 800-student high school on Belgrade Avenue at a meeting tonight at which they were accused of getting ready to ruin the neighborhood, by people who said they don't understand why the school can't put its building someplace else, someplace more "central" to students from Dorchester, Roxbury and Hyde Park than the Roslindale/West Roxbury line. Read more.