Transit Police report they are looking for this guy, whose photo was taken by another Green Line rider around 4:15 p.m. last Thursday at Government Center. Or as police put it: Read more.

Hipster wonders when all the other buildings got bleached, in this rendering by CBT Architects.

Gerard Richard Lee, 70, was arrested Friday after a police officer saw him "spray paint graffiti, including swastikas, on the air intake stack at the JKF Federal Building," the US Attorney's office in Boston reports.

Lee faces up to 10 years in prison if convicted on the one count of injuring or depredating government property, the US Attorney's office says.

A smoke-belching cable halted Green Line service between Government Center and Park Street around 11:15. One trolley got stuck in the tunnel; T workers escorted passengers from there to Park Street.

Never mind the shirt and shoes: Put on a mask! 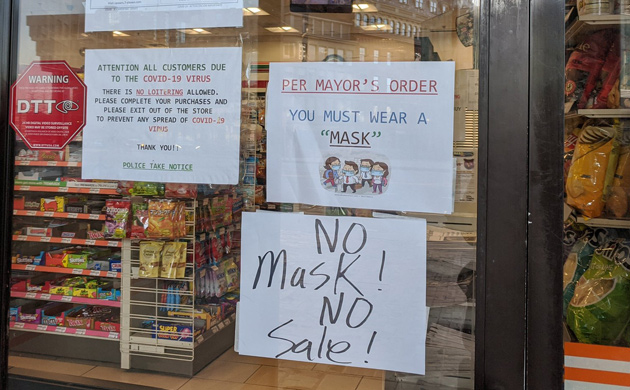 Kelley Duff noticed this morning that the 7-Eleven in Center Plaza downtown is not messing around.

Ed. note: Boston issued an advisory, not an order, to wear masks.

Maybe he was checking up on the T's new sanitizing routine 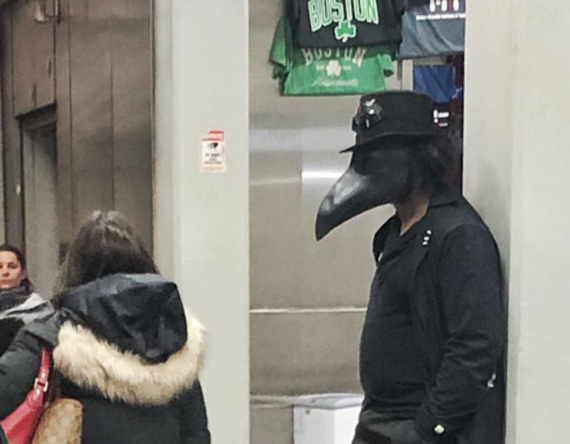 Rick Macomber spotted this guy, wearing one of those Plague-doctor getups, at the Government Center Green Line stop yesterday. 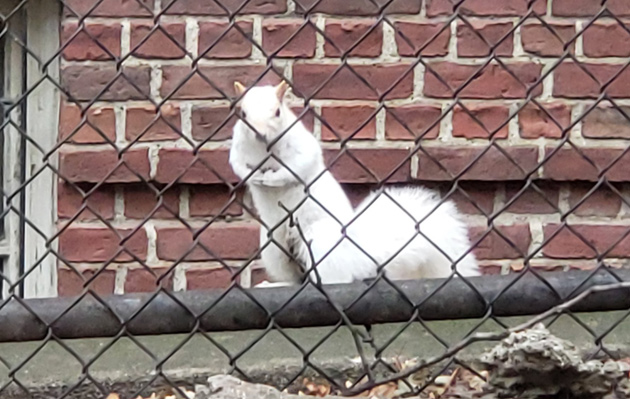 This kind of camo isn't that effective around Government Center.

Citizen complaint of the day: If Logan can centralize ride shares, why not Boston?

A concerned citizen notes the impending centralization of Uber/Lyft pickups and drop offs at Logan Airport and poses a question via 311 to BTD: Read more. 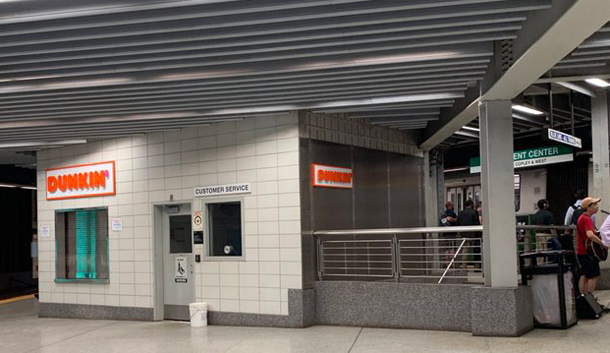 Hannah shows us the new coffee/donuts stand on the Green Line platform at Government Center, which will, finally, replace the one taken out when the station was rebuilt, which forced addicted Bostonians to climb all the way up the stairs and shade their eyes from the bright sun as they shuffled to the Dunkin' Donuts roughly 20 feet from the station entrance, or, if that one was too busy, the one just around the corner, past the Starbucks. 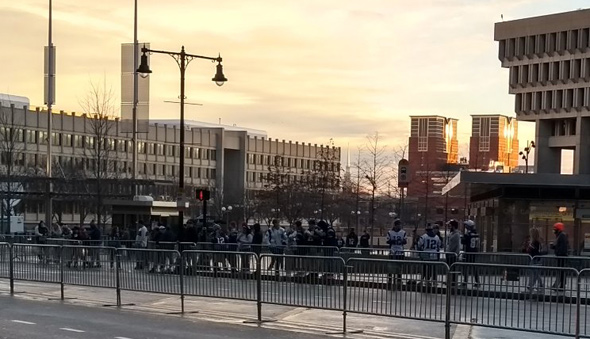 Sarah Bourne shows us the Patriots fans already lining up at City Hall Plaza at 7:15 a.m. for the Patriots parade.

And that means problems for people trying to get to work on public transit: Read more.

Copyright Redsox223. Posted in the Universal Hub pool on Flickr.

The MBTA reports delays of up to 10 minutes on the Green Line, due to an inbound trolley at Government Center with "a mechanical problem."

Around 2 p.m. yesterday, people inside the Government Center T stop saw an odd thing: two Transit Police officers walked in, put cuffs on one of the red-shirted T ambassadors and marched him out in the pouring rain to their police car. Read more.

An IRS agent charged with aggravated rape and other charges for an alleged attack on an intern in his office last year was released on personal recognizance today but ordered to stay away from the woman and not leave Massachusetts, the Suffolk County District Attorney's office reports. Read more. 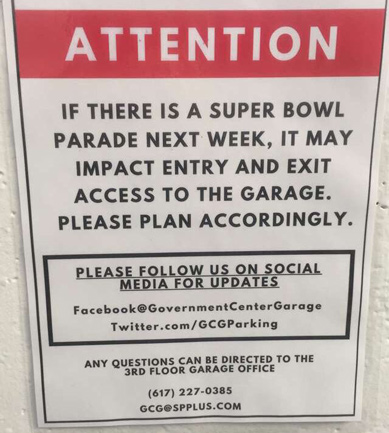 Haley Scott reports these signs have gone up at what's left of the Government Center garage.

Trolley taken out back when it dies, now the T says the Green Line flies

There were delays on the Riverside Line due to a trolley that gasped its last at Government Center, but the MBTA assures us things are hunky dory there again.

Here's a little bit of a scienter: There's a dead trolley at Government Center

The MBTA reports "minor" delays on the Green Line due to a trolley pulling up more than just lame at Government Center.

Some Green Line operators do have a sense of humor

Earlier this afternoon, the Lechmere train I was on pulled into Government Center. After the robo-voice announced the station, it stated the usual "The destination of this train is Lechmere" twice. After the second destination announcement, the robo voice then stated "This train will run express to Haymarket."

About half the people in the front car, including me, immediately broke out in laughter.

The T's reporting "moderate" delays due to a Blue Line train that unexpectedly made Government Center outbound its last stop.