A manhole exploded shortly before 6 p.m. at Cambridge and Bowdoin streets, sending two Eversource workers to Mass. General, one with life-threatening injuries, and creating massive traffic issues in the area. Read more. 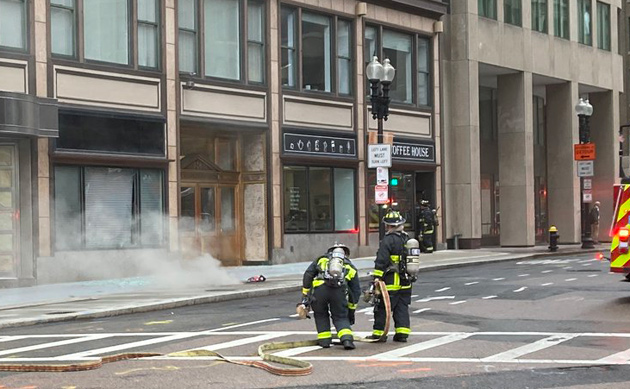 Downtown workers and residents got a jolt this morning when two manholes blew up at Summer and High streets shortly before 8:40 a.m. One person was injured. Read more.

Flaming manholes heat up Boylston Street outside the Pru 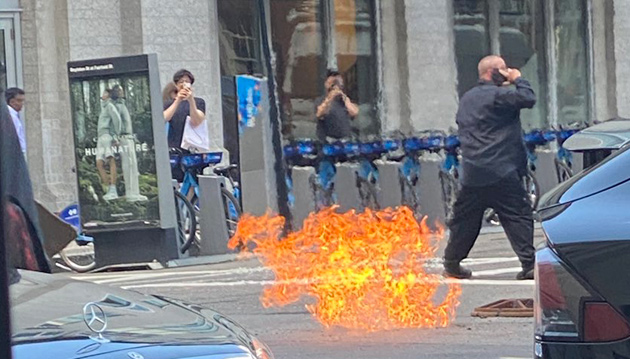 At Centre Street and Greenough Avenue around 6:20 p.m. Video. 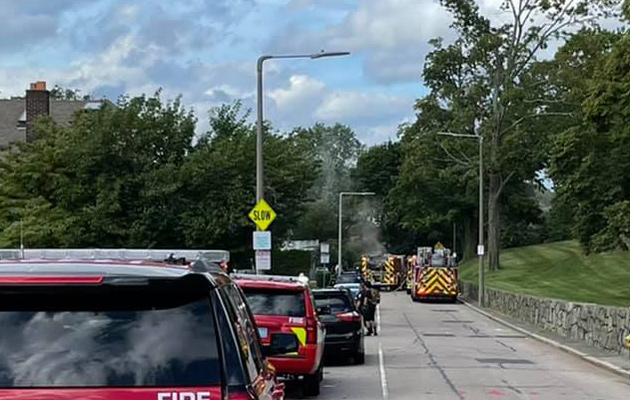 Shortly before 5 p.m., DB Reiff urged motorists to avoid Lake Street in Brighton on account of how several manholes along the street caught fire around the same time. Utility crews had been working in the area, she reports. 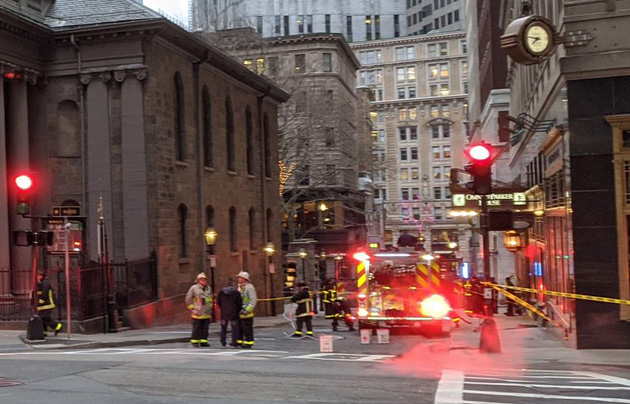 But Susan Tran reports that's where a manhole burst into flames and began to smoke this morning. Firefighters in action.

Matthew Touchette reports the area around the intersection of Rte. 9 and Cypress street is closed off, and firefighters are going door to door, following manhole explosions there. 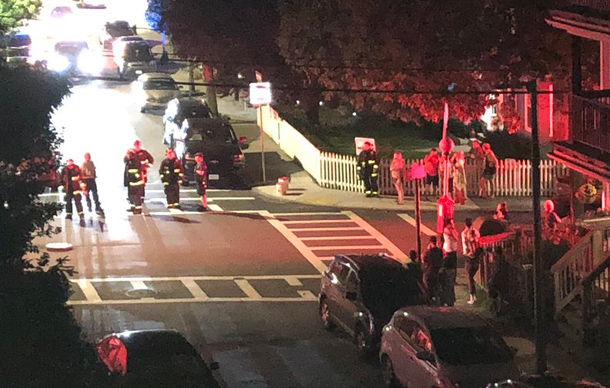 Lindsey_ericax shows us Train and King streets in Dorchester after a manhole exploded around 11 p.m. on Wednesday.

Manholes explode in the Back Bay

Boston firefighters are on Columbus Avenue in the area of Isabella Street, where two manholes exploded in flames around 1:25 p.m.

Ed. note: Post updated with fact it was steam, not smoke from a fire.

The Cambridge Fire Department reports what appeared to be smoke was actually just steam from a manhole at Land Boulevard and the Monsignor O'Brien Highway shortly after 7 p.m.

Still, police shut the roads down by the Museum of Science as a precaution until firefighters could confirm that.

At D and West 1st streets shortly after 11 p.m., at least two and possibly three (photo of one explosion). Read more.

Manhole explodes and parts of the North End go dark 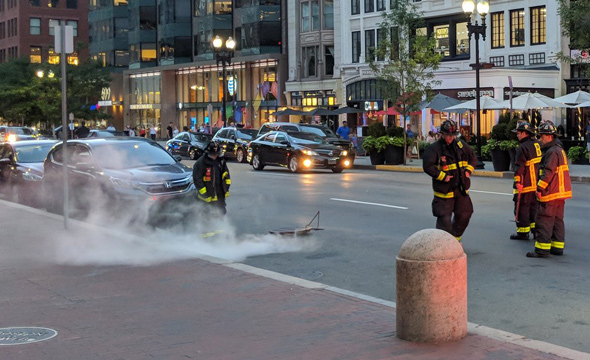 Harry Grillo reports Boston firefighters are outside the BPL's Boylston Street entrance, where a manhole began getting all nasty around 8:30 p.m.

Fire in the holes: Three manholes explode in Brighton 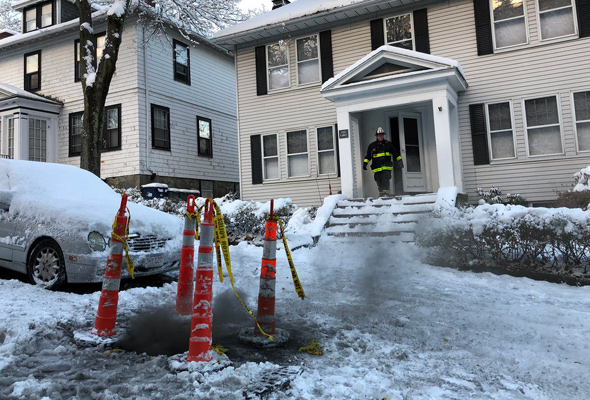 KMV shows us one of the three manholes on Lake Street that burst into flames shortly before 8 a.m.

UPDATE: Greater Boston Radio reports inspectors cleared the three manholes and ordered the power back on - and three manholes one street over promptly blew up.

Parts of Cambridge go dark when a manhole explodes

The Cambridge Fire Department reports a manhole at Cambridge and Tremont streets exploded around 8:50 p.m.

Eversource reports it hopes to have power restored by 10:45 p.m.

Firefighters and utility crews are at Tremont and Parrker streets, where a manhole burst into flames around 8 p.m. Tremont was shut in both directions.

No injuries, but several businesses along Centre Street near the Bank of America parking lot lost power when the manhole lost its top, Ted Cooper reports.

WBZ reports the Malden Fire Department is investigating what made at least four manholes explode today.

Firefighters are at Summer and High streets for a manhole that belched fire and smoke.