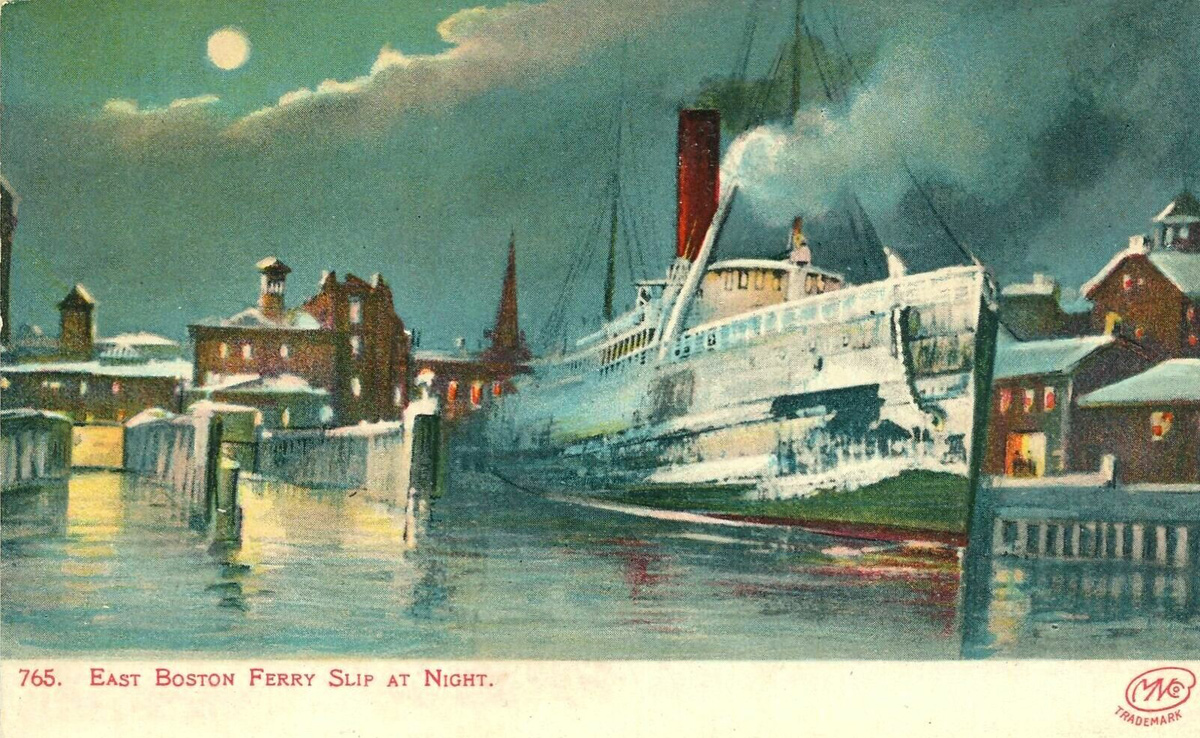 A ferry sits along a snow-covered East Boston waterfront in 1911. Read more.

Boston today released its bid to Amazon that calls for creation of a new Amazonian neighborhood at Suffolk Downs that would include 10,000 new housing units - some even aimed at people who don't work for the company - 1,500 hotel rooms, four new shopping districts and 40 acres of open space and the 8 million square feet of office space Amazon wants. Read more.

The Globe talks to relatives of Cristofer Perez de la Cruz, murdered in East Boston earlier this month, had bought a ticket to return to his native Guatemala, rather than get caught in the violence between MS-13 and the rival 18th Street gang. Read more.

Unless, of course, somebody at the gaming commission leaks a copy of its Caesars report to the Globe first. In a statement today, the commission has this to say about the report by its investigators that caused Suffolk Downs to decide not to have Caesars run its proposed casino:

Due to the content of recent media reports and the impending Host Community Agreement referenda on November 5th, the Commission, with the agreement of the applicant Suffolk Sterling, will release the redacted version as soon as it is completed, expected to be Wednesday, October 23d.

Something stinks in East Boston

John Antonellis is our guest writer on today's post. John has been a resident of Eagle Hill in East Boston for close to 15 years and a homeowner there for 12. He is the Lead Instructor at the Harvard Bridge Program, a worker education program for employees at Harvard University.

A man about to be deported was instead transported to East Boston District Court for arraignment today on charges he stabbed an East Boston man to death in 2009, the Suffolk County District Attorney's office and Boston Police report.