UMass Boston Police sent an advisory to university staffers tonight about gunfire shortly before 8 p.m. in the Bayside parking lot behind 150 Mt. Vernon St. and the DoubleTree Hotel. Boston and UMass Police are investigating. 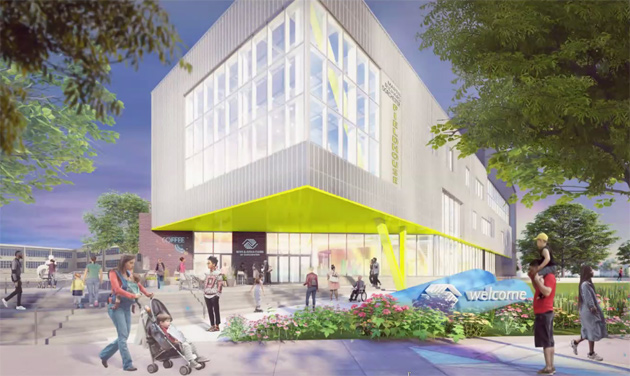 The Zoning Board of Appeal today approved plans by the Martin Richard Foundation and the Dorchester Boys & Girls Club for a three-story field house on Mt. Vernon Street in Dorchester that will include everything from basketball courts and running tracks to an auditorium and cafeteria. Read more.

The Boston Licensing Board decides tomorrow whether to let the owners of Lala Rokh, which closed in 2018, sell their 97 Mt. Vernon St. location and its liquor license to Kristin Jenkins, an antiques dealer who hopes to open a "neighborhood American bistro." Read more.

The Dorchester Reporter reports the Boys and Girls Clubs of Dorchester and the Martin Richard Foundation are planning a $30-million facility on what is now a field next to the McCormack School on Mt. Vernon Street.

The Dorchester Reporter reports the company leasing the old expo center from UMass Boston on Columbia Point to redevelop it has put down $110 million to buy Santander Bank's five buildings across Mt. Vernon Street, most notable for the large building with no windows. 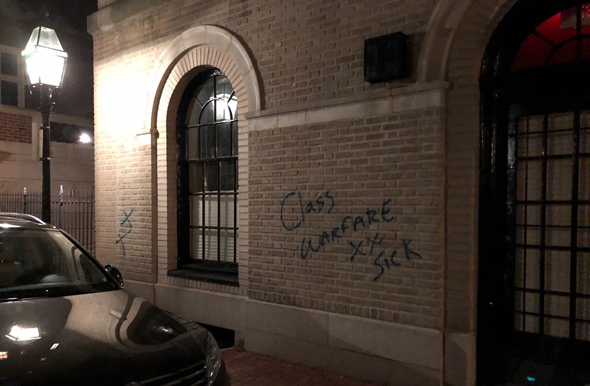 State Police report somebody tagged up the State House - and a private house at Mt. Vernon and Hancock streets - Saturday night. Read more.

A real turkey at the State House

A citizen who might want to buy a bird-identification book filed a complaint about a "confused pheasant" on Mt. Vernon Street behind the State House this morning.

Citizen complaint of the day: This cone offends my sensibilities

A cone-cerned citizen files a 311 complaint about a solitary cone sitting on Mt. Vernon Street behind the State House, just past the turn from Hancock Street: Read more.

Brothers found guilty of murder in brawl outside Dorchester hotel 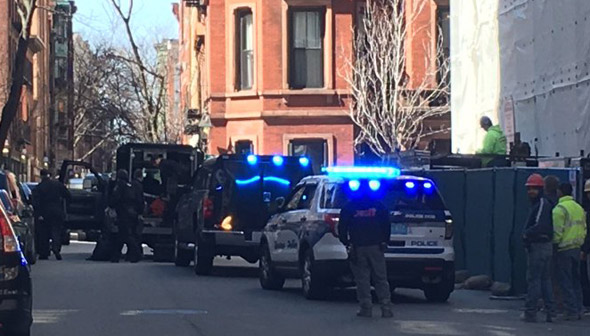 Somebody left a suitcase at Mt. Vernon and Hancock streets, basically next to the State House. Declared not actually suspicious around 11:55 a.m.

Citizen complaint of the day: Table in a tree 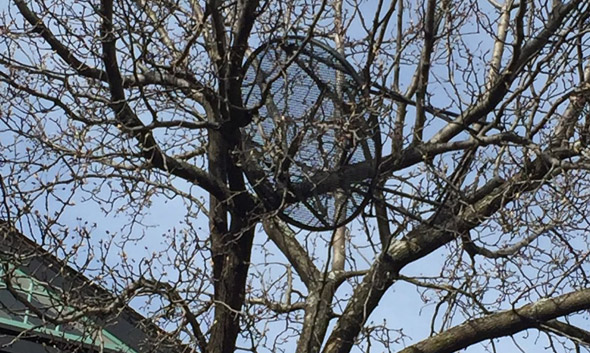 Maybe Beacon Hill squirrels are bulking up, or maybe, as a concerned citizen complains, the wind blew this table into that tree at Mt. Vernon and River streets. In any case:

Poses danger of falling in someone, please help extract.

A manhole fire around 5:30 p.m. at Mt. Vernon and Walnut streets means a shutdown of the intersection for about 90 minutes as firefighters douse the flames and Eversource repairs the damage.

A stabbing at a benefit for an injured motorcyclist at the Boston Teachers Union Hall in August remains unsolved because every person inside the hall interviewed by police either said they saw nothing or refused to talk, a BPD detective says.

Sgt. Det. Kenneth O'Brien told the Boston Licensing Board yesterday that even the victim told police he saw nothing early on Aug. 3, only that "he was walking around the hall when he felt a pop on his left side" and then looked down to see blood. The board held a hearing to determine whether the hall, at 180 Mt. Vernon St., could have done anything to prevent the stabbing.

Beacon Hill, before and after