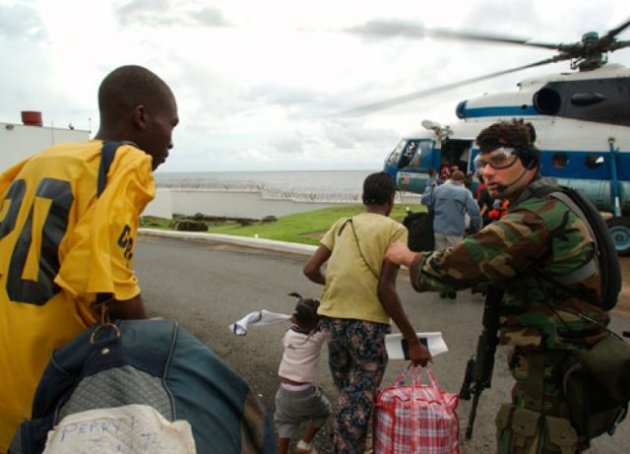 Cats & Dogs in America are protected but African American Children Abandoned For 17 years under Democrat Obama and Republicans Bush and Trump.

Kattie(not her real name), an American Citizen, was only one year old when she boarded a US Marines Helicopter in Monrovia, the Capital City of the American Colony of Liberia created in 1822 by the American Colonization Society (ACS) to prevent slave revolt and rid the United States of all mixed race and free African Americans. Katie is now 18 years of age.

Although for 17 years she lived in her own country, Kattie was not afforded protection guaranteed for pets like cats and dogs or even foreigners like refugees. Although promised protection prior to boarding the aircraft, Kattie and her mother who accompanied her to America because of the Liberian Civil War were denied access to all humanitarian assistance as well as permits to work given to all other refugees. Katie and her Mom are Black and not wanted in America.

The American Colonization Society was founded by white supremacists, slaveholders and high ranking US Government officials including President James Monroe (Owned 250 slaves), Associate Justice of the US Supreme Court Bushrod Washington (Owned 100 slaves), nephew of President George Washington, Speaker of the House at Congress, Henry Clay (owned 50 slaves)...The ACS was paid $100,000.00 by the Congress. After the success of the Civil Rights Movement, ACS disbanded in 1964 and donated all their records to the Library of Congress.

To help Kattie and her Mom and others Liberians Refugees denied humanitarian assistance and permits to work, please join the Operation Equal Protection: www.mastersday.com
Thanks