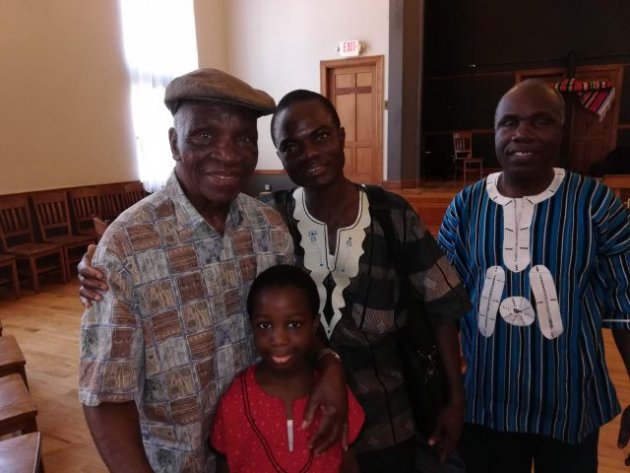 Boston is known worldwide as the education Mecca. But for the past 30 years hundreds of thousands of children across Liberia and refugee camps in West African nations associated Boston and its elite universities- Harvard University and Bentley College with the brutal Liberian Civil War that claimed a quarter million lives, shut down schools, closed places of worship and ravaged businesses for nearly a generation. Rev. Mahn C. Krua Sr., 95, who sought refuge in Boston in 1992 is leaving Boston for good to return to Liberia and help rebuild the school he founded 60 years ago. "I am done with Boston. I'm returning to rebuild Ziah Mission School before I retire." Said the 95 years old. "Let's go back to rebuild Liberia." Rev. Krua Sr. invites Boston to join him.

Krua's departure from Boston couldn't come at a better time and he will have company. Thousands of Liberian Refugees stranded across America are poised to get green cards and free to travel. On December 20, 2019, President Donald Trump signed into law the National Defense Authorization Act which included the Liberian Refugee Fairness Act, allowing eligible Liberian Refugees in legal limbo for 30 years to adjust to permanent residency or green card.

A 'Send Off' for Rev. Krua on JAN 3, 2020 AT 6:30PM-9:00PM, is also the official beginning of two months of celebrations to thank God for the miracle of the Liberian Green Card Bill, signed into law by President Trump will be held in Stoughton, Massachusetts by the Liberian Community. The two months celebrations, which will last through Black History Month, Feb. 29, 2020 will be observed in Boston and Monrovia, Liberia.

60 years ago, Krua didn’t have formal education sufficient money for the school project in his village. So he asked American missionaries to help build the school. They declined, citing budget restrictions and the remote location of the village. He asked the government. The government also declined -for lack of money. He asked his friends and together they built a four room house and dormitory for boys and girls.

Ziah Mission is where many nurses, doctors, engineers who are serving across the United States, Europe and Australia started their education. One such Ziah Mission graduate is Pastor Torli Krua activist and advocate for refugees. “Ziah taught me that 'All things are possible to those who believe.” Said Pastor Torli Krua who fought for 30 years to end discrimination against Liberians in the US Immigration System.

Krua Sr. is inviting all Bostonians including Harvard and Bentley College to join him in Liberia to rebuild the schools destroyed by war.

In other Cambridge news

Rockland Trust to shut 16 current East Boston Savings Bank branches
Man sliced in the forehead in Central Square attack
Cantab Lounge could re-open, with new owner
Lining up overnight along Memorial Drive because of a shortage that has nothing to do with Covid-19
Day ends in a blaze of gold
Green Line Extension project actually running a surplus