Board approves Allston landlord's plan for a condo building, but only on condition he really sell all the units and not try to hold some back for apartments 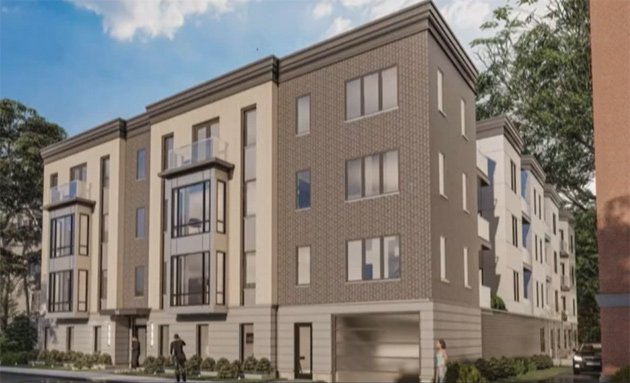 The Zoning Board of Appeal yesterday approved landlord Anwar Faisal's plans for a 38-unit condo building at 14 Gardner St. - but only after seeking assurances he would really sell all the units as condos this time.

The board voted after an aide to City Councilor Liz Breadon (Allston/Brighton) urged the board to reject the proposal because of the repeated building and building-code violations found at the buildings run by his Alpha Management - and what she said was his predilection to win approval for condo buildings, then hold onto some of the units as rentals.

Breadon's aide, Moira McGrave, said Alpha has racked up 50 violations just this year in his Allston and Brighton rental properties and roughly 675 violations over the past decade.

"The proponent has consistently failed to provide adequate and safe housing to Allston/Brighton residents," she said.

The Allston Civic Association voted in favor of the proposal, which includes 8 affordable units - more than required by the city - and 20 parking spaces.

But association President Anthony D'Isidoro told the board the group did so only after hearing that Faisal would sell all the units, because the last thing members want is another Alpha rental property.

"It's extremely important that condo docs be filed as soon as building is fully constructed," he said, adding the group also wants the units put up for sale "on the public market," rather than simply sold to anybody associated with Alpha.

basically the 1 exception to my Boston YIMBYism

Anything associated with Alpha or its owner gives me pause. Seems he's been mostly flying under the radar lately, but about 10 years ago there was a big expose in Boston Magazine about his practices:

I dealt with him around 08/09, he called me a "whiny Jew" for complaining about his workers repeatedly painting over mold in our apartment.

As the child of previous landlords

My experience with Alpha was very different than what I remember from my parents.

My roommates and I were

My roommates and I were looking at a pretty nice apartment (in-unit laundry, dishwasher, cats allowed). Then I saw the building was run by Alpha and noped right on out of there. No apartment is nice enough for me to put up with them.

Are there any if he doesn't file condo docs?

$1 straw sales to friends/relatives, as has happened with a number of these projects?

Asking any actual lawyer types here, is there an airtight, loophole-free way of preventing this?

I am not a lawyer, but did buy a unit with a number of misrepresentations regarding the association and the other units (straw sales to relatives for the seller to use as rentals). The lawyers we consulted said basically all we could do would be to probably get out of our sale, but not impose any specific performance on the seller, and that we had no damages for being told at closing that we were first in and the others were under contract to owner-occupants, when they had in fact been sold as straw sales. We couldn't foreclose on them or anything, because the docs don't require them to be owner-occupied; it was just something stated during the original conversion/sale.

Wording in the condo doc that all sales are to be owner occupied for a period of two years.
New owner gets an 'owner occupied' mortgage. Renting it out now becomes fraud.

May not be all they hope for

I'm not sure how to prevent some front entity from buying some of the units as condos, then putting them out for rent, managed by Alpha. A condo I once owned was bought by a guy who owned a bunch in the same complex, and rented them all out.

Anwar Faisal shouldn't be allowed to be involved in real estate in any capacity. he's a menace to the city.

Condominium bylaws can limit or forbid rental of units, that would be one way to keep Faisal and other investors from acquiring them. It will all be in the enforcement, which Boston does not seem to be able, or perhaps willing, to execute.

The Money in Alston

The money in Alston is in rental units so of course he'll find a way to get around any restrictions the ZBA insists upon.

Not that there aren't people who are looking for a permanent home in the Alston/Brighton area but the student population is where the easy money is.

not only does alpha suck, *but also!*

it's a shame the current building will be torn down to make way for....this.

i've been inside many antique buildings in the GAP, and tho they may be all chopped up and removed of a lot of their historic interiors, they're still very cool structures that nod to the neighborhood's rich past. even as an old now, i still enjoy wandering thru the GAP and checking out the little embellishments.

it's been obvious for years that as soon as companies like alpha figure out they can tear down these aging buildings to throw up shitbox apartments to make more money, they will bulldoze all of the GAP.

i guess it's fitting anwar is kicking this off.

Agreed. I remember when this particular building was first renovated into apartments - I was so glad that it dodged the bullet then, because it had long been a favorite of mine. Gardner Street used to have many beautiful old Victorians.

Boston Zoning Board in a Nutshell:

Owner occupied single family home wants to finish their existing attic to add a home office and play room to make their home more livable for their family: NO

Owner of multi-family home wants to install a side-driveway so their 4-5 tenants, each of whom is parking on the street, can put all those cars along the side of the building and lessen the overall pressure on the neighborhood, the same style driveway both the abutters have: NO

Owner of abandoned, closed, rotting industrial/gas station/defunct funeral home/etc two blocks from a subway station wants to build 3 townhomes so people can live near transit and the neighborhood doesn't continue to suffer from urban decay: NO

Poor people want a place to live, in general: NO

Infamous slumlord who has so many complaints against that ISD could literally just hire a full time Alpha Management Inspector, who is literally responsible for deaths due to the state of his properties, makes a "promise" that this building in his center of power will "absolutely" be sold as condos to those seeking a place to live: HELL YEAHHHHHHHH

When does Wu kick all these assholes out again???