Citizen complaint of the day: Stalked by a menacing beast on Mission Hill

A distressed citizen files a 311 complaint about an ominous occurrence on Parker Hill Avenue along McLaughlin Playground on Mission Hill this morning: Read more.

Police seek woman for Mission Hill package thefts, not for back tattoo that reads 'Beat Me Instead of Them' 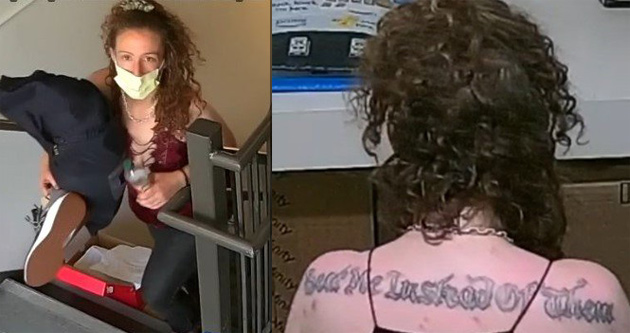 Boston Police have released photos of a woman wanted for package thefts at 70 Parker Hill Ave. around 4:45 p.m. on Friday. Read more.

Teens driving around Boston with loaded guns in stolen cars, are caught when they crash, police say

Boston Police report arresting two teens on gun charges after one of them allegedly crashed a stolen car on Mission Hill early this morning, a few days after arresting another teen on similar charges after a stolen-car crash in Dorchester. Read more.

Citizen complaint of the day: A pothole the size of a state, OK, one of our smaller states, but still

A concerned citizen files a report about a pothole at Parker Hill Avenue and Parker Street on Mission Hill that "is size of Delaware."

Citizen complaint of the day: The fireworks are back

Several annoyed citizens have filed 311 complaints about fireworks returning, from Forest Hills to Mission Hill, including this one from Parker Hill Avenue:

Outbreak of street robberies on Mission Hill, some by gang with guns and tasers

Updated with additional information from police.