A developer that wanted to replace a defunct Kneeland Street nightclub near South Station with a 230-room hotel asked the BPDA this week to let it build a 115-unit residential building instead, because it couldn't get financing for a hotel in the middle of a pandemic. Read more.

Inside a Boston restaurant killed by Covid-19

WBUR spent time inside the Kitchen Cafe on South Street in its final days in the middle of a pandemic. 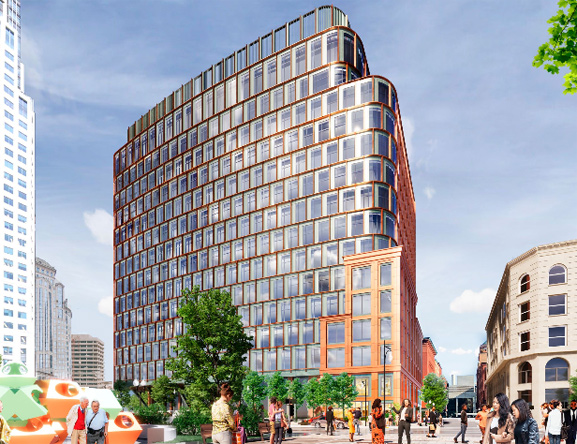 A Toronto developer has swapped out its plans for a 24-story office building at 125 Lincoln St. - now home to a parking garage and the Hei La Moon restaurant - with new plans for a 14-story building made up mainly of research and development space. Read more.

Boston Restaurant Talk reports the Kitchen Cafe on South Street is closing forever on Nov. 20, victim of a Covid-19-related loss of business.

A developer has told the BPDA it will soon file detailed plans to replace the garage at 125 Lincoln St. in the Leather District with a 24-story, 625,000-square-foot office building. Read more.

A boy and his dog in the Leather District 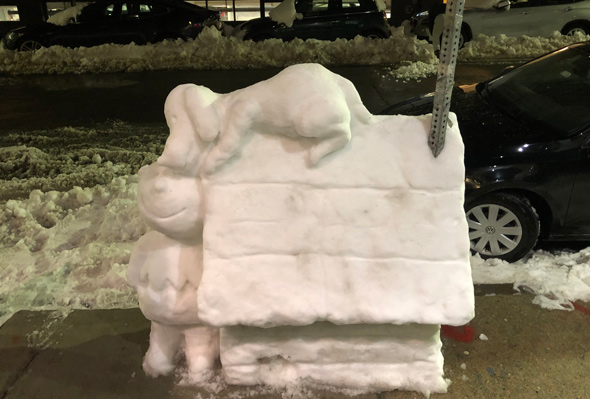 The Leather District dad who in winters past has built a snow Batman and a snow Darth Vader turned to the work of Charles Schulz for inspiration today, as Mike McD. shows us. 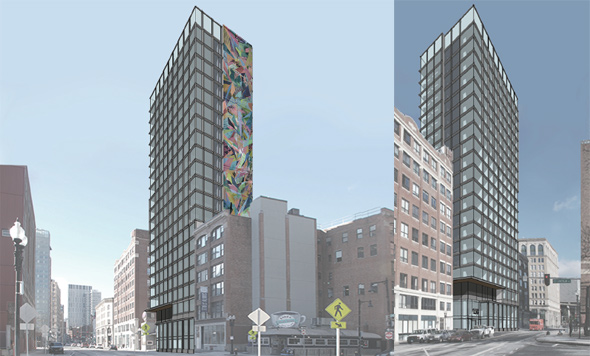 The Hudson Group today filed detailed plans with the BPDA for its proposal to replace a defunct nightclub on Kneeland Street between Atlantic Avenue and Lincoln Street with a 230-room, 21-story hotel. Read more.

Philip Brenner spotted this cover with odd markings on South Street in the Leather District.

A developer wants to replace the remains of the old Splash Ultra Lounge at 150 Kneeland St. with a 250-room hotel. Read more.

Boston Police report arresting a man with a valid gun license but not a valid reason for firing it early this morning outside Savvor Restaurant and Lounge, 180 Lincoln St. Read more.

Luke, I am your snowman! 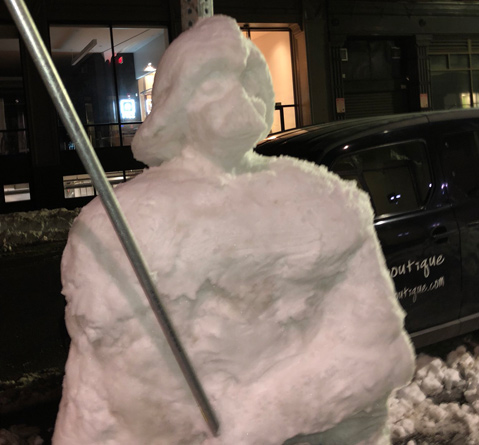 Jacob Long forwards this photo of a snow Darth in the making in the Leather District, where a guy built a snow Bat Man last spring for his kid.

You can see the final Snow Darth in the comments.

Amateras, a 40-seat ramen bar at 112 South St. could open in a couple of months. Read more.

Batman is so cool 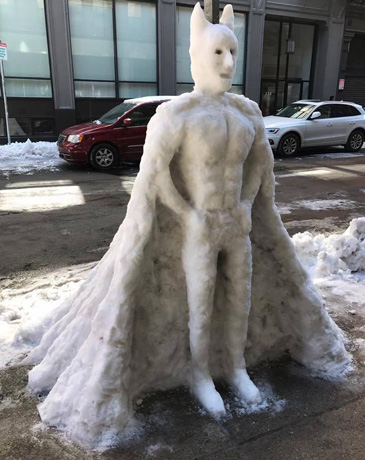 Keith Dragon forwards a photo of the snowbatman a resident of 111 Beach St. in the Leather District built out of yesterday's snow.

The Zoning Board of Appeals today agreed with a request from the company that wants to put a large electronic billboard on the Veolia plant on Kneeland Street to defer any hearing until June, after a representative from the company acknowledged the company's having just a wee bit of trouble getting anybody in Chinatown to support the thing. Read more.

WCVB reports the 24-hour diner was held up around 6:15 a.m. A weapon was involved, but police didn't say what kind.

The BRA has posted the design guidelines for developers who want to turn 5 1/2 acres of mostly state-owned land next to South Station into a "gateway" project - and a key part is a requirement that any development include a replacement for Reggie Wong Park, which consists mainly of basketball courts on Kneeland Street. Read more.

For years now, city officials have resisted letting liquor stores add nips, half pints and pints to their stock because the sort of people who buy them are the sort to just toss them on the ground nearby when they're done. A Leather District market currently banned from selling the smaller bottles, though, says its customers are different and is asking the Boston Licensing Board to let it sell liquor in volumes as small as a half pint. Read more.

Sagarino's, 111 South St., could have a tough sale next week when it asks the Boston Licensing Board to remove a condition from its liquor license that bars it from selling "pints, half pints, nips or single cans." Read more.