Transit Police report arresting two brothers on charges they threatened the driver of an MBTA bus with a knife last night after he wouldn't let them on board at the Watertown yard because his bus was out of service. Read more.

Waltham Police report they are looking for a guy who, apparently not satisfied with the extra fries in his Five Guys bag, made off with a 50-lb. bag of pre-cut French fries on his way out of the restaurant at 1030 Main St.

We are hoping that we can "mash" all of the evidence together and come up with a suspect. Call Detective's at 781-314-3558 if you can identify this individual. 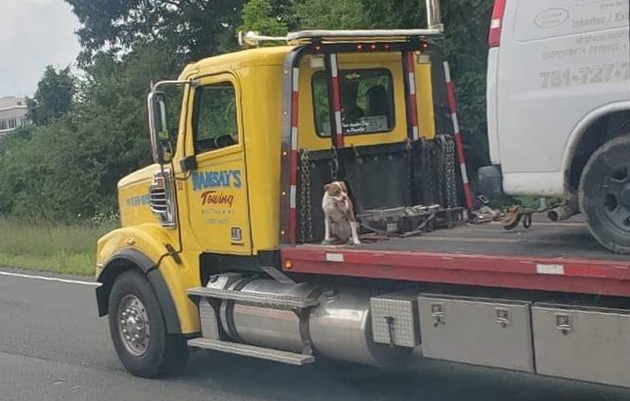 WCVB reports the owner of a tow company has fired the driver reported by several motorists to State Police for driving down Rte. 128 southbound in Waltham with a dog chained on the back platform of his flatbed truck. The dog was not injured.

It was a dark and stormy afternoon 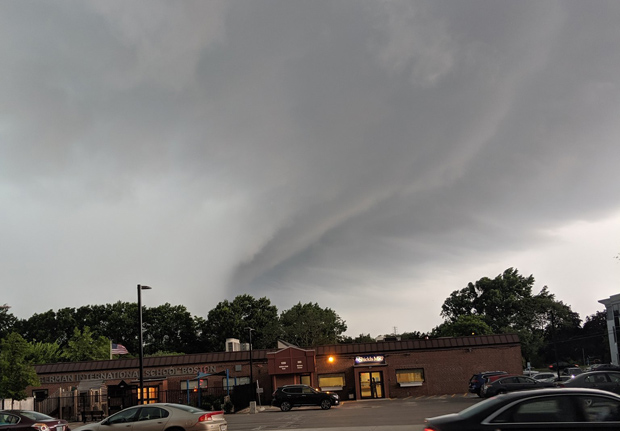 Muerl got an ominous view on North Beacon Street in Brighton during the second of this afternoon's storms. Read more.

Transit Police report an outbound Fitchburg train hit and killed a man on the tracks at the Brandeis/Roberts train station around 6 p.m. Police say foul play is not suspected.

The Dig interviews an Uber driver who drove a couple from Lexington Street in Waltham to Miami Beach.

Friendly's to get even harder to find in the Boston area

WBZ reports Friendly's is shrinking even more, closing outlets in Waltham and Framingham as part of an overall retrenchment across the Northeast. The Norwood Friendly's will remain open, at least for now.

A car on a Fitchburg Line train slipped off the rails - but stayed upright - outside the Waverly stop around 7:30 a.m. Riders were given the option of waiting for a relief train - which still hadn't come after an hour - or walking to the nearest station. Read more.

A timely piece on Waltham

The BBC revisits the history of Watch City, a.k.a. Waltham, the city that made time regular.

Well, except for Ashland, a.k.a. Clocktown (the high-school teams are the Clockers), named for the factory that made the world's first electric clocks, as designed by Henry Ellis Warren. 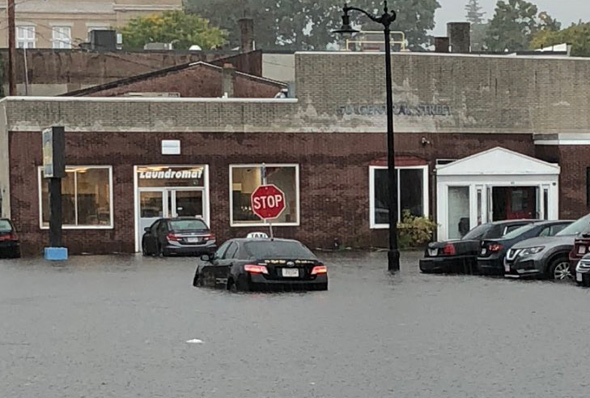 Mama and the National Weather Service warned us there'd be days like this. Tony Ursillo shows us some flash flooding in Norwood, of the sort the NWS sent out a warning about. Read more.

The Art of the Plea Deal

For awhile now, MoveOn has been organizing potential protests should Robert Mueller be fired. Just in case, here's the Boston info.

Oh, and look who's coming to Massachusetts next month.

The artist who works in grime 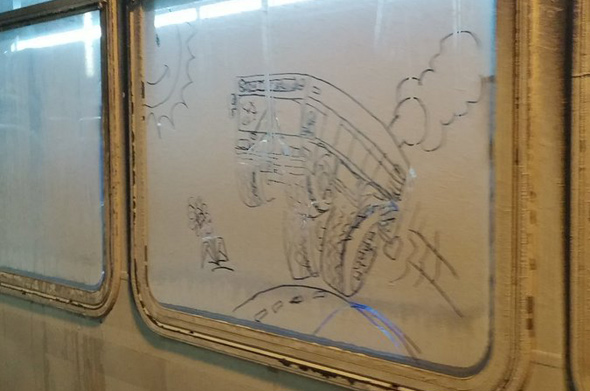 Kellie Veiga spotted this artist's conception of an express bus on fhe side of a 556 yesterday.

Yes, they have no bananas 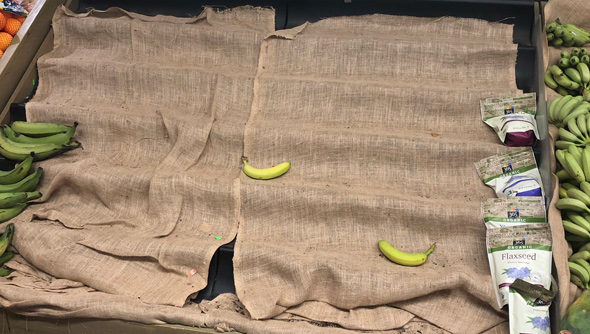 Shoppers at Whole Foods stores across the Boston area are reporting serious shortages tonight - not of milk, eggs and bread, but of some fruits and green vegetables. Read more.

Cars and trucks crashed and people walking on sidewalks plunged to the ground across the Boston area overnight and this morning. Read more.

Remember when we felt sad for that robot that kept getting knocked over and pushed around?

We don't think the mean guy with the hockey stick will be bothering him any longer: Read more.

Answering the call in Waltham

Ron Newman took in the opening of Waltham's new Telephone Museum over the weekend. Read more.

The Supreme Judicial Court ruled today that evidence on a man's laptop that he'd done extensive online research about how to kill somebody with antifreeze was obtained lawfully and so upheld his life sentence for murdering his wife to collect on her life-insurance policy. Read more.

Waltham is alerting residents that two black bears have been spotted on the north side of the city - and that they should note that bears love bird feeders and easily accessible trash bins.

Alleged bomb-threat-making cyberstalker was a horrible person in high school and college, too, investigators say

A man determined to torment a former roommate in Watertown used skills gained as a computer-science major and a professional software writer - along with some basic human engineering - to repeatedly target the woman, her family, her friends and her colleagues with sexually explicit messages, bomb threats to institutions in Waltham and Chelmsford made in their names, for some 18 months until his arrest last week, according to an affidavit by an FBI agent on the case. Read more.