Elderly man beaten in the head in Roxbury road rager 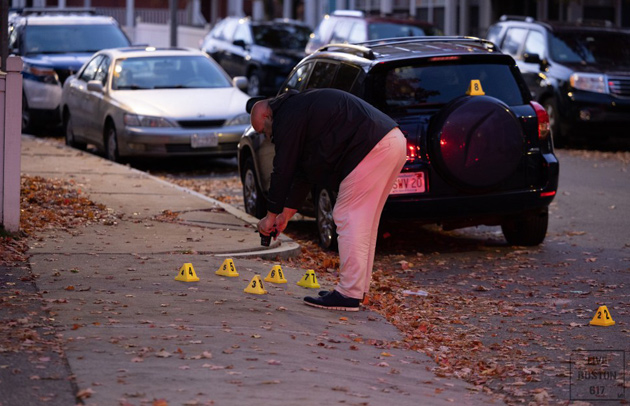 Live Boston reports police are looking for a suspect they say beat a man in the head after they got into some sort of road-related argument on Degautier Way in Roxbury around 4:30 p.m.

Boston EMS took the man to a local trauma center with serious head injuries. Police say all four of his car's tires were also slashed.

To replace his tires? I’ll donate.

I wonder if the victim….

…. will even ever be in condition to drive again? The head injuries are serious.
May the aggressor be caught and taken off the streets forever ASAP. Seems like drivers like him are on the rise.
How awful for anyone who cares for the victim. And the aggressor, too.

The elderly have it rough

The elderly have it rough already now. They don't serious head injuries to make their lives completely terrible. This victim deserves to have the best doctors in the world to help him. This makes me angry.

Live Boston is so right-wing.

Live Boston is so right-wing.

They're obviously very pro-police, but other than that, how are they right-wing? It's not like I've seen them posting Let's Go Brandon or something

The description of non white criminals. Something this site desperately tries to ignore.

Sure, an endless stream of copaganda, uncritically repeating any and all cop press releases/tweets, and ultra-right wing BPPA statements, and then rarely reporting or tweeting about drunk driving cops or the multiple OT scandals that plague several departments…that doesn’t necessarily mean that an organization is right wing.

But you can examine the Twitter feeds of some Live Boston members and easily draw the conclusion that they are right wing. Mike Saccone and LB617Shannon are two such members. And now that I think of it, those two are so in sync it seems like they share the same brain. Also, there seems to be something fishy about some of the female members of Live Boston and I wonder if they’re just “too good to be true”?

But, to the topic at hand, Mike wrote anti-vaccine for cops op-ed that was just a recitation of right-wing grievances and you can also look at the replies of either of the two accounts and see nakedly right-wing talking points such as the Globe is a “steaming pile of jouralism”; the typical anti-“defund the police” talking points and that Wu is a hypocrite for accepting BPD police protection; Saccone despises Mayor Janey to an embarrassing level (see also: Rollins and Healey); guns aren’t the problem, it’s only the illegal guns that are a problem; defending the Let’s Go Brandon construction sign in WR; repeated the Trumpie lines of attack against Alec Baldwin after the recent on-set tragedy; and trivialization of Covid statistics that are again exactly what the national right wing talkers blast out.

All of this is to say that they don’t hide their obvious right wing leanings, so I don’t think it is unfair for readers to point out their view points. Generally, I don’t care; but please don’t piss on my leg and tell me it’s raining.

They do report on crimes and incidents that are not covered by any of the papers or tv stations. They are always the first on scene (take that for what it means) and I don’t really see how calling a bad guy bad is “right wing”. Oh well!

When the story doesn't fit your ideology. You read the article and the thing that made you mad is that they described the 24 year who committed the crime?

This will happen even more

This will happen even more often once the space savers come out.

That's like ultimate road rage. The beatdown was superfluous.