A Riverside Line trolley had some pantograph performance issues in the tunnel between Haymarket and Government Center shortly before midnight. Not long after, Transit Police reported numerous drunk young men running on the tracks from Government Center to Park after one train was evacuated to Government Center. Before the dead train was emptied, Charles reported:

A bunch of fellas are yelling at each other and I think they’re about to do the Good Will Hunting bar scene.

Transit Police report arresting George Francois, 66, of Allston on charges he indecently attacked a 4-year-old standing with his or her mother on the outbound side of the Green Line at Park Street around 7:30 p.m. on Friday. Read more.

Green Line dead on the tracks; T says it's just packed to the max

The MBTA says all the Marathon fans jamming into Green Line stops means trolleys have to go wicked slow for safety reasons pulling into and out of stations, but some riders say there's slow and then there's the Green Line:

Took 30 minutes from Copley to Arlington, and Copley is not even open.

The MBTA says Green Line service has resumed today after the removal of 100 tons of debris from the partial Government Center collapse - and after an OK from engineers. Read more.

T engineers send in the drones 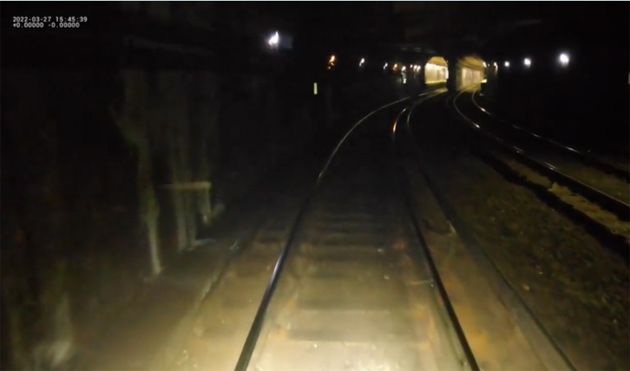 The MBTA reports that before it send actual inspectors into the Orange Line and Green Line tunnels under the partially collapsed Government Center Garage, it sent in drones today: Read more.

The MBTA lists options for getting from A to B with the Orange and Green lines now out for God knows how long at Haymarket (where things are so iffy inspectors first have to figure out if the tunnels are safe just for them, never mind trains and riders).

No Orange Line, Green Line or bus service through Haymarket for several days due to partial collapse of garage above it; developers halt all work after worker dies

The MBTA announced today it's not going to be running any trains or buses under the partially collapsed Government Center Garage - which sits atop Haymarket station, "until a team of structural engineers, examining and assessing infrastructure above and below the surface, confirms that subway service can safely resume." Read more.

New day on the Green Line

Some thought it might never happen, but at 4:50 a.m., after decades in the making, the first trolley to take passengers rolled out of Union Square in Somerville. Read more.

Oh, the troubles they've seen: Delays on Orange and Green

Green Line goes on the fritz, power system only good for shaving cream

The MBTA rolled out some buses to replace C Line trolleys and started telling B Line riders heading to the hinterlands of Brighton to use the 57 bus instead after a "power problem" made the Green Line not run between Copley and Kenmore.

Some poor driving means BC Line not thriving 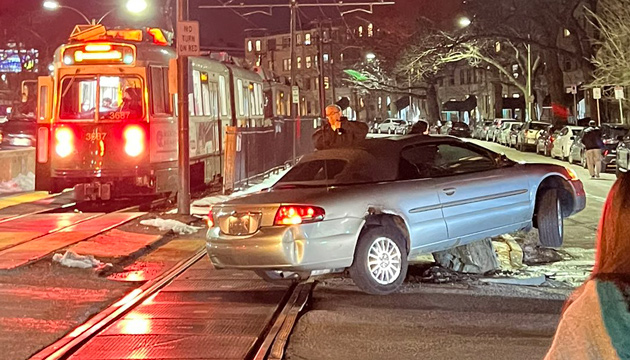 "Find another route home," Izzie advises after realizing why outbound Green Line trains have stopped - a driver somehow wound up plowing into a large block on the side of the outbound tracks, which refused to yield shortly before 9 p.m.

Green Line out of power; delays up to half an hour

The MBTA reports a "power problem" near Boylston is causing 30-minute delays on the Green Line, which downtown means you'd be better off just walking.

The Orange Line was slowed to a crawl this morning by "signal problems" at Forest Hills, while a deceased trolley at Boylston made a has of things on the Green Line, the MBTA reports. 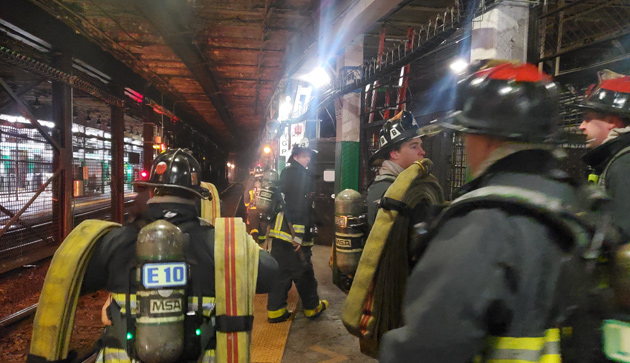 Michael couldn't help but notice the firefighters flooding into Boylston on the Green Line around 5 p.m. The MBTA reported "a power problem" at Boylston that caused delays of up to 20 minutes on the Green Line. That's MBTAspeak for "the top of a trolley was on fire."

Trains sputter and stop on all four subway lines; Blue Line still out of commission

At 4 p.m., Teresa Polhemus, the BPDA's executive director, posted a photo of the line she was in at Government Center for a bus across the harbor because the Blue Line was out of service - as it had been since at least 5:44 a.m., when the T first reported "a disabled train" at Maverick. Read more. 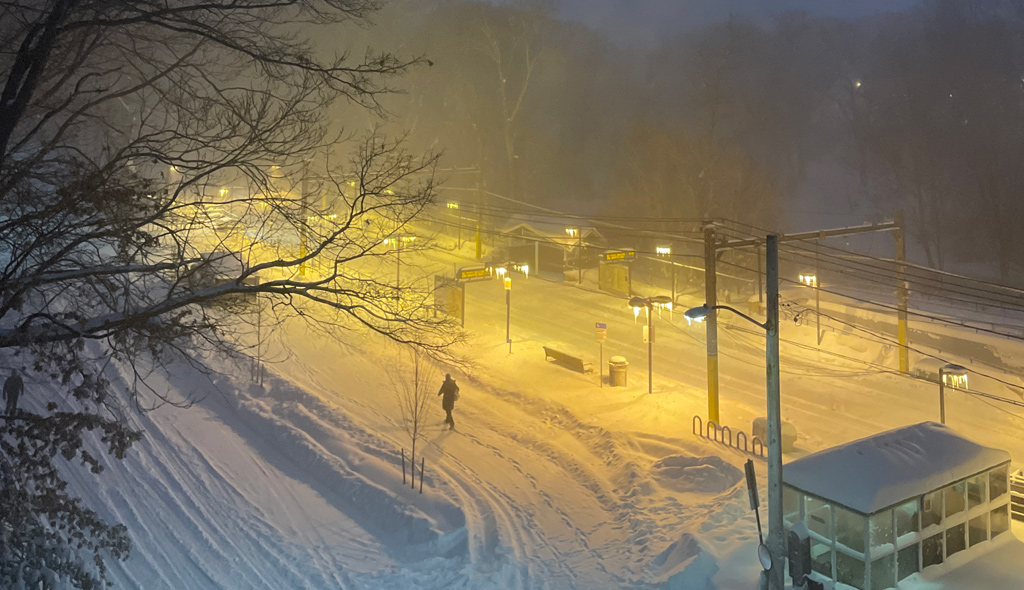 She probably enjoyed the view a bit more than the driver who managed to get a beefy SUV stuck on the Green Line in Cooldige Corner - not to mention the people in the trolleys on either side who got blocked by it, like Agiocochook1: Read more.

Police: Teens harassing couple on the Green Line beat up college student who tried to get them to stop, steal his sneakers

Transit Police report arresting four teenagers, from Roslindale, Chelsea and Roxbury on charges they attacked and robbed a college student who got between them and a couple they were harassing on an inbound Green Line trolley Saturday night. Read more.

Updated with news about another trolley getting snagged tonight.

A mechanism at the mouth of the Riverside Line's Fenway tunnel that is supposed to help protect the tunnel from flooding is now damaging some pantographs that power trolleys as they move between the underground and surface-level tracks. Read more.

The Heights reports a broken water main at Comm. Ave. and Lake Street disrupted traffic and the Green Line and forced businesses at the B Line terminal to shut down after water flooded their basement.

Green Line trolley derails or not at Park Street, but the end result is the same: No service

Whatever happened happened around 10 p.m. The T initially said a trolley derailed at Park Street, but then said, nope the trolley "split a switch" but didn't actually go off the rails. Photo of non-derailment switch splitting.

In either case, no injuries, but also no service between Arlington Street and North Station. Riders can use the Orange Line instead, the T says.