Live Boston reports that Boston Police human-trafficking officers say they caught a prominent local attorney with his pants down - on account of the woman orally servicing him in his car - in a garage at the South Bay mall around 6:30 p.m. yesterday. Read more. 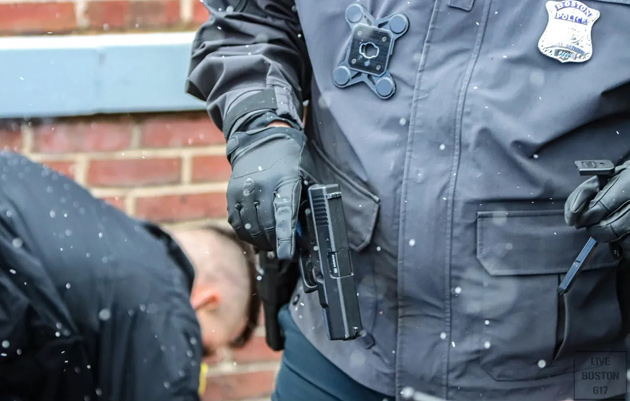 Live Boston reports three teens, from Ashland, Framingham and Brockton, brought police from across the city yesterday after somebody started to tell 911 a teen with a gun was threatening people - and then couldn't finish because the teen had spotted him and began pointing the gun at him. Read more.

The Pearl Seafood Grill and Raw Bar, in the South Bay mall expansion, hopes to open its doors on April 1, its attorney, Jon Aieta, told the Boston Licensing Board this morning. Read more.

The DA and the traffic incident at South Bay Mall

The Dorchester Reporter serves up the news.

State Police report an investigation that began late last year led them and Homeland Security to the South Bay mall, where they arrested three men walking around with "three duct-taped bricks of fentanyl, each weighing just over a kilogram" on Friday. Read more.

With any luck, one of the stores at South Bay will have this on video

Ndorb reports that in addition to the shrink wrapping and partial tree, this car parked outside the Old Navy at the South Bay Mall had also been egged.

Police are at the Home Depot in the South Bay Mall, investigating a sexual assault on a worker around 8:10 p.m., allegedly by a young teenager, who was himself taken to the hospital for cuts suffered when bystanders tackled him.