City Councilor Frank Baker (Dorchester) was not present for the vote, a measure to put the council on record in favor of a resolution by US Rep. and former Councilor Ayanna Pressley titled "Condemning all acts of police brutality, racial profiling, and the use of excessive and militarized force throughout the country."

Afterwards, he told one Boston resident who inquired via e-mail that he had to break away from the council meeting, held on Zoom, for another previously scheduled engagement.

Baker formalized his support for the measure in a letter to City Clerk Maureen Feeney, who maintains the records for council meetings.

Even though I was in attendance for the June 3, 2020 Boston City Council meeting, I was unfortunately unavailable for the vote on Docket #0749. Although I cannot officially add my name, I would like to go on record as in support of the resolution.

I guess.
Resolutions condemning Murder and Rape coming next week.

Perhaps rape and murder both fall under the banner of police brutality, but since it's murder that is currently getting most of the attention here's a link to some rape data:

How Some Cops Use the Badge to Commit Sex Crimes

That will fix it.

Nice sentiment and all, but

Nice sentiment and all, but this literally does nothing. We need to make actual change.
https://www.8toabolition.com/ 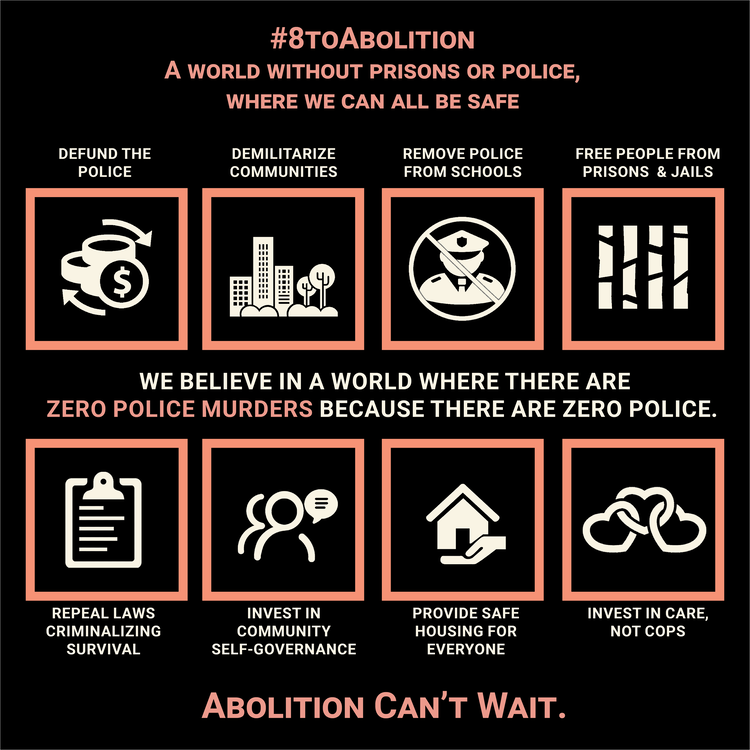 That this makes no sense. Unfortunately without police, there is no law. If there is no law then the inmates run the asylum. If that happens it’s survival of the fittest and unfortunately MANY will not survive and we set ourselves back 100s of years. It’s actually not even a good theory on paper

Unfortunately without police, there is no law.

This has never been true.

actually defunding the police is scary

I'm "to-the-left" of Bernie Sanders on many socioeconomic issues, but the whole "defund the police" move actually scares me. Until we take care of the underlying problems that cause crime to happen, the Police needs to exist. The wagon is way ahead of the horse on this one.

this is hilarious, thank you

1) "police" does not equal "the law", they are just one component of the legal system and an organized society

to think so narrowly and believe so firmly that "we need police for social order" is exactly the problem. there are other methods and systems of accountability and justice that don't involve violent, punitive, militarized occupying forces like our modern police departments.

further, the whole talking point of "no police, criminals run wild" is precisely the kind of not-so-subtle dog-whistling that this whole national conversation has been pointing to.

Most people calling for police reform are calling for literally that; reform of the police, not a complete dismantling. Given the number of violent crimes that occur in Boston (a relatively "safe" city) and the low solve rate of those crimes you can't really say that perhaps there isn't some room for improvement here.

Heck, every time there is a mass shooting the gun-apologists trot out the "we need better mental healthcare" rubric. We are also frequently told that the police are being asked to carry too much responsibility when it come to dealing with mental illness. Agreed; lets shift resources around to take that off of the polices' hands and actually DO something to help those in need. Let's shift resources around to deal with substance abuse rather than just chasing the drugs around in circles. Let's shift resources to deal with chronic homelessness. And for gods' sakes, let's do away with for-profit prisons and the obvious motivation for incarceration that creates! Let's return policing back to the mission of protecting and serving, not being mini-armies armed to the teeth, hammers constantly looking for nails.

As the person you’re replying to

Cool. So who is going to break up a domestic dispute? Or find your stolen car? Or maybe solve a case that’s only possible with a vast forensic database? YOU? Ha! THE COMMUNITY? Wrong. They’re just as selfish as the criminals and only agree with this to be appear woke to eachother

out there today concern-trolling about what would happen if we actually DID stop giving the cops unlimited money to murder black people. Surely, absent the police state we now live in, the criminal element would seize the opportunity and run rampant on our city streets. If only we had data to show us what might happen. Like, from a major US city, in recent years, in some kind of analogous situation, where a bunch of butthurt cops all agreed to stop working at once, thinking it would prove their point. Oh well I guess we’ll never know.

...that comments like yours have made some of us question our assumptions about the need for police. When asked the question "have you ever been robbed, and what did the police do to help?", it seems like in many cases the police are in fact doing nothing to prevent your so-called "survival of the fittest", and in some cases are committing crimes themselves.

Take a look at the agenda for tomorrow's council meeting - plenty of requests for hearings that could turn into actual action (or not, depending on how the mayor's feeling) - start with the first item, then scroll down to 0683 and then look at the attached "orders" (councilspeak for "hearing request") for several of the items.

How does all this work?

A world without prisons and makes us safer? There may be zero police murders if there are zero police, but what about all the other murders? The people committing those murders won't be apprehended and put in prison anymore? Or people will immediately stop committing crimes once there are no police and no prisons? Can somebody PLEASE explain this madness?

I mean, whatever could go wrong in a system where citizens enforce the laws themselves?

Are you kidding me? As if the

Are you kidding me? As if the citizenry wants to take on the role of bounty hunters? This is an idea that a stoned 16yo suggests.

There is zero precedent to say this works. None. All we have is wild west history.

Do you have a daughter? Do you want her walking around the city at night knowing there is no trained law enforcement out to deter an attack? Hell this goes for anyone.

Never mind the psychological effect of turning citizens into crime hunters. Unbelievable. I'm out of here if this happens and hopefully when you all are done with your little experiment there will be enough left of this country to rebuild. This is asinine.

Enforce the laws, and make them too

If I'm going to be responsible for enforcing the laws, I want to make them as well. Everybody must obey my laws, or I will punish them. If anyone attempts to make laws that contradict my laws, they must be punished with extreme severity, because my laws are right, and theirs are wrong.

It's difficult to find examples of a communitarianism so extreme that it collapses into the same absurdities as libertarianism, but this is one.

With very few exceptions, the police are not stopping them. In a great many cases, they are not apprehending the culprits, and in more than a few cases, they make matters worse. It's time to question our assumptions about their value.

It's easy to make graphics

It's not so easy to actually flesh out plans. Most of these topics have been things are problems people have been trying to solve for centuries. If there was agreement or an easy solution, it would have been done already.

Just find a way around the unions to fire bad cops. That's about the quickest, easiest way to improve the police.

There are plans to go along

There are plans to go along with the graphic if you visit the link. Also, HARD disagree that "finding a way around the unions and firing bad cops" is an easier thing to do than most of the things outlined here.

I read all the links.

And reducing the power of the police unions is the 3rd point under #1. Defund the Police. It is also about the only thing that actually has merit, the rest is largely rhetoric that, if i was just a bit more cynical, would say was put up as a false flag by some alt right group in order to justify vigilantism, "posses" , "homeowner associations" (Ahmaud Arbery RIP) and "crimewatch-with-guns" (Treyvon Martin RIP). Imma say a HARD nope, this is counter productive. Police are necessary, unfortunately, but they need a tighter rein, new skill sets, and a fresh start with the communities they serve. Laws, like the rules of a board game, are necessary. Some may need to be changed, but they still need to exist.

The only thing needed to block the worst of police unions is a state law dictating that arbitration clauses in municipal union contracts are void and the police chief, Mayor, city council (or similar) shall have the power to terminate any officer without appeal. Also, All officer complaints, reprimands, and results of internal investigations shall be a matter of public record.

If you can't get that passed, you won't stand a chance of getting anything else on that list accomplished.

I want to clarify misinformation being shared on social media.

Today, the Boston City Council passed a resolution, which is normally approved by the Council with a voice vote not roll call.
I did not abstain from voting on the resolution, as has been suggested by some.
I was not present for the vote because I was at an important meeting about reopening the hospitality industry, which is the third largest employer in the Commonwealth and employs thousands of hard-working immigrants, people of color and others who live in my district.

Any suggestions that I was not in support of this important resolution condemning police brutality is patently false. I support this resolution wholeheartedly and wish I had been present to vote on it.

But in accordance with my duties as Chair of the City Council’s Committee on Arts, Culture and Tourism, I had to depart the Council meeting to attend a previously scheduled meeting with the Greater Boston Chamber of Commerce and hospitality industry leaders to discuss the impacts the COVID-19 pandemic has had on our workers and businesses. To say the least, it has been devastating, particularly on workers and businesses owned by people of color. It was important I was there as the state is deliberating an economic stimulus package that will have a major impact on the center of tourism - Boston.

The resolution passed by the Council today was an important step forward for justice. Together, we will move upward and onward in the City of Boston, the greatest city on earth, as we always do, no matter the adversity or challenges we face.

We are all One Boston.