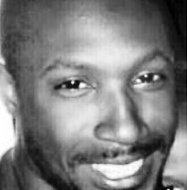 A man shot in the stomach around 9:50 p.m. at the Dudley MBTA station was pronounced dead not long after at Boston Medical Center. WBZ reports the man was shot in the station, then stumbled onto a crowded 28 bus.

Friends are identifying him as Will Jack, also known as Courtney Jackson.

Brian Cooper, 25, and Jamel Bannister, 22, are scheduled for arraignment today in Roxbury District Court on murder and firearms charges, the Suffolk County District Attorney's office reports. Both were nabbed not long after the shooting by Boston Police officers working a detail nearby. Transit Police say the shooting was not random - the pair targeted Jackson. The T sent in a bus to transport 50 witnesses to Boston Police headquarters on Tremont Street for questioning. Every available detective in the city was ordered there to talk to the witnesses; officers were also brought in to take witnesses home.

In addition to murder and firearms charges, both also face charges of being armed career criminals, the District Attorney's office reports Bannister for drug and assault charges in 2009 and 2011 and Cooper for armed assault with intent to murder in 2007.

This is Boston's fifth or sixth murder this year, depending on the outcome of the I-93 body investigation.

I can't wait to read about what stupid shit caused this.

Detective: So why did you shoot the injured party?

Suspect: I didn't shoot no party.

Detective: I'm sorry. I mean why did you shoot the injured PERSON?

Suspect: He was staring at me! With his eyes open!

Not a joke you asshole

Not a joke you asshole someone died

I have no clue who you are though.

I also hope you're this pissed off when a judge let's the suspects go with a very low bail, and hope that anger continues when a jury gives them a light jail sentence.

It is sad this person died. Someone cared about them, they had a family, and as I suggested before, they were most likely shot over something which will come to be known as incredibly stupid. I say that because I can't think of a good reason to shoot someone. Especially on a crowded bus.

You didn't know that man he was expecting a baby and was changing his life for the better .Give the family and friends a break

He was a great friend more like family and he would have been a great father if it wasn't for these cowards having nothing better to do with their lives. Will didn't deserve that! and he will never be forgotten! Cheddar breeds envy and karma is a ...Love U Jack$$

I am still stressed over this good young mans killing. It is so sad that this occurred. I hope the judge in this case gives them the maximum sentence. Rest in peace William. You were loved by many!!!!

YOU NEED TO DELETE THIS WILL

YOU NEED TO DELETE THIS WILL JACK IS MY BROTHER AND NOT A FUCKING JOKE. YOU PULLED AND ASSHOLE MOVE AND WE AS HIS FAMILY IS WAITING FOR JUSTICE GLADE I DIDN'T SEE THIS BEFORE BECAUSE THE LETTER YOUR GETTING NOW WOULDN'T BE AS PLEASANT AS HIS LITTLE SISTER BUT I KNOW HE IS WATCHING OVER MY AND GUIDING ME. SO WITH THAT BEING SAID IF THIS WAS YOUR BOTHER OR SISTER HOW WOULD YOU FEEL BITCH

Pray for the victims

And by victims I mean all the hardworking men and women and kids who have to ride the gauntlett every day on these dangerous bus routes.
By tommorrow the Boston School Committee will announce plans that they will not move to Dudley square for enviromental reasons (Fear of getting shot or mugged)

Are all the fish evacuating? No. I call BS on your school department evacuation plan from Dudley.

Also, this happened at 945 at night. What is the chance that a school worker from BPS would be working anywhere in the city, other than a late HS related event at that time of day?

That being said, the weather is starting to get slightly warmer. Like Afghanistan, when the snow melts the guns come out over certain parts of our fair city.

Just so you know.

That's when the classrooms and halls and bathrooms are actually cleaned.

it's when the most complicated math problems written on blackboards are solved.

Only if they're wicked smaht

Just so you know, there are

Just so you know, there are evening classes held '@Dudley' Tuesdays and Thursdays... Get YOUR facts straight asswhole!!!!

What is the difference between a person getting killed in the urban communities vs. the suburbs?

When the first happens it's

When the first happens it's blamed on a violent nature and disregard for life and when the second happens it's Kevin Spacey having a midlife crisis?

No bail for Cooper and Bannister

The people who work in BPS HQ

The people who work in BPS HQ are having shit-fits as we speak. The talk around the water cooler is early retirement and Florida.

R.I.P to the homie Will Jack, even though we were on different sides it was always love. Sucks that when people try to change their lives stuff they did in the past comes back to haunt you...Hold ya head up Mell, praying for you. Sympathy to both families, sad day for those of us that knew both parties...

Just wanted to say rest easy brother we only kicked it a few times butt u was a good dude!